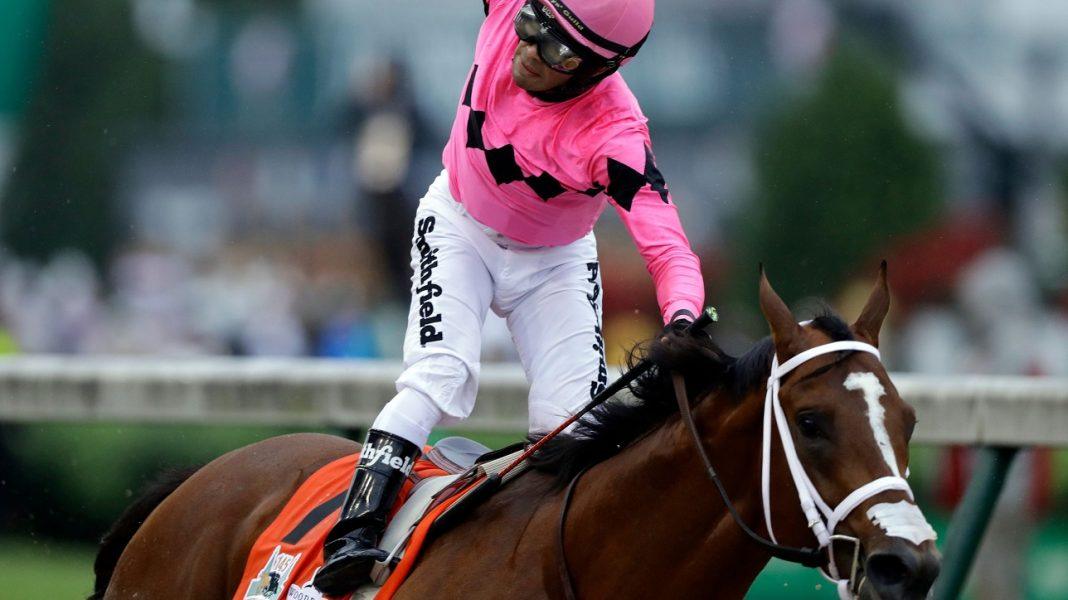 Horse racing hasn’t had this much controversy in a long time, but a muddy track didn’t help matters for Luis Saez and Maximum Security. They won the Kentucky Derby but lost it just as a quick on a technicality, and now Maximum Security is out of the Preakness.

Saez posted an angry tweet after Saturday’s Run for the Roses but then it was deleted within an hour.

The Tweet pointed to the second race at Churchill Downs on May 1 as a similar incident to that which occurred in the Derby.

In that second-level claiming event for $30,000, the eventual winner was behind the leader around the far turn, then came off the rail and squeezed a horse who had to check back out of it. No objections or inquiries were raised on that day.

“I think this was intentional,” the Saez Tweet states, “and the Stewards don’t do nothing. Oh come on, really…”

Maximum Security’s owner said Monday he will not run the horse in the middle jewel of the Triple Crown and will appeal the disqualification as Derby winner.

Gary West told media outlets by phone there is “really no need, not having an opportunity to run for the Triple Crown to run a horse back in two weeks.”

The 1 1/8-mile Preakness is May 18 at Pimlico Race Course. Though shorter than the Kentucky Derby, the race requires a quick turnaround. West didn’t want to burden his colt with the Triple Crown off the table.

Maximum Security is scheduled to leave Churchill Downs on Monday and arrive Tuesday at Monmouth Park, where trainer Jason Servis is based, the New Jersey track said.

“The horse will be better off long term with the rest,” West said. “He ran a really good and a really hard race on Saturday.

“Really, there are a lot of other Grade 1 races the rest of the year for 3-year-olds. So we’ll let him gather himself and point to one of the other races. I don’t know which one that will be, but it will definitely not be the Preakness.”

Maximum Security, the first to finish the muddy race by 1 ¾ lengths on Saturday, became the first Derby winner to be disqualified for interference. After an objection by two riders, stewards ruled the colt swerved out and impeded the path of several horses between the far and final turns. Country House, a 65-1 shot, was elevated to first.

Country House’s status for the Preakness is unclear. That race would mark his fourth start in eight weeks.

Trainer Bill Mott has said there’s no rush to decide on whether he’ll run in Baltimore. But he acknowledged the race’s importance and added, “The challenge of the Triple Crown is that there’s three races really close together, and it takes a champion.”

The only other Derby disqualification was in 1968, and long after the race. First-place finisher Dancer’s Image tested positive for a prohibited medication, and Kentucky racing officials ordered the purse money to be redistributed. Forward Pass got the winner’s share. A subsequent court challenge upheld the stewards’ decision.

West has said he realizes the appeals process will take “months, if not years.” He remains bothered that he was denied his request to view replays with stewards after the race.

“There’s an extreme lack of transparency with the stewards,” he said. “They will not talk to us until Thursday. So we didn’t have any choice but to file an appeal. And we’ll see where that goes.”

Maximum Security was placed 17th of 19 horses after starting as the 9-2 second betting choice, ending his four-race winning streak.

Stewards cited the rule that calls for disqualification if a “leading horse or any other horse in a race swerves or is ridden to either side so as to interfere with, intimidate, or impede any other horse or jockey.”

Chief steward Barbara Borden said in a news conference she and two other stewards interviewed riders and studied video replays during a 22-minute review after the finish. The stewards did not take questions from reporters.