And the award for the best spy gadget of all time for the year 2017 goes to—Samsung Galaxy S3. Samsung really is on the road to infamy, beginning with the fiery Galaxy Note 7, the arrest of Samsung’s South Korean leader and now, because President Donald Trump uses an unsecured phone in the form of a Samsung Galaxy S3. Considering the phone is now on version 7, he probably holds sentimental value for his trusty phone which he uses to deliver his controversial tweets, not unlike my soft spot for my Palm Treo 680. The latter issue though is not really Samsung’s fault. 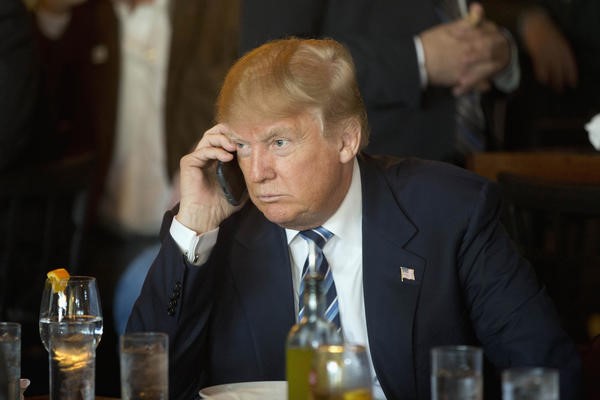 It’s a dark chapter for the secret service as they try to take the phone away from him because of various security issues. The Galaxy S3, which was a hit at the time of its release is now rather dated and full of security holes that hackers can take advantage of should they get a hold of Trump’s presidential number or hack into his Twitter account. Aside from the prank calls and texts he’d receive, hackers can take advantage of the phone’s vulnerabilities to turn it into the ultimate spy gadget. Something that can eavesdrop visually at the oval office or listen in to presidential meetings. The only bright side to him using his personal phone is that he’s known not to use email though hackers can still get to his text messages or know his location at any time which can be very dangerous.

“A Galaxy S3 does not meet the security requirements of the average teenager, let alone the purported leader of the free world,”

The Galaxy S3 was released way back in May 2012, which is ancient by technology standards. It uses a 1.3GHz dual-core Krait processor, Mali 400 GPU, 1GHz of RAM and 16GB of storage. These specs are ‘trumped’ by most phones today, but the Galaxy S3 can still hold its own in terms of performance which could be the reason why he’s still holding onto it. President Trump could also be a follower of the “if it ain’t broke…” adage. Plus, given Trump’s flamboyant personality, he wouldn’t want the special phones issued to past presidents. These days, who would?

“This is a great phone, state of the art, but it doesn’t take pictures, you can’t text, the phone doesn’t work, and you can’t play your music on it…”

Yours truly is really loving Twitter nowadays, and we know how much more Trump loves it. It’s a channel where he can reach more people whether those people like it or not. Frankly, I’m into Donald’s tweets for entertainment value as long as Mark Hamill continues getting in on the act. So if the presidential phone can’t tweet, it will stay in Trump’s briefcase. He was initially issued the phone but later used his own. His use of a commercial personal phone could change anytime soon if he gets burned out by his aides and senators from the Senate Homeland Security Committee, or if the phone gets the ability to tweet.

“…Subsequent reports, however, suggest that President Trump may still be using his personal smartphone, an ‘old, unsecured Android phone.’ While it is important for the president to have the ability to communicate electronically, it is equally important that he does so in a manner that is secure and that ensures the preservation of presidential records… The national security risks of compromising a smartphone used by a senior government official such as the President of the United States, are considerable.”

Security is just one concern. Presidential messages need to be recorded properly documented—Trump’s texts and tweets, included. That can’t be done on a personal phone, at least not readily. His tweets may be out there but his texts and calls are not. It’s ironic given that Hillary Clinton’s use of a personal email server, instead of the White House’s factored in her downfall in the elections. The same thing can now apply to Trump. The Homeland Security Senators have given deadlines to Trump’s staff regarding the proper documentation of Trump’s communications under Federal guidelines, the latest of which is on March 9.