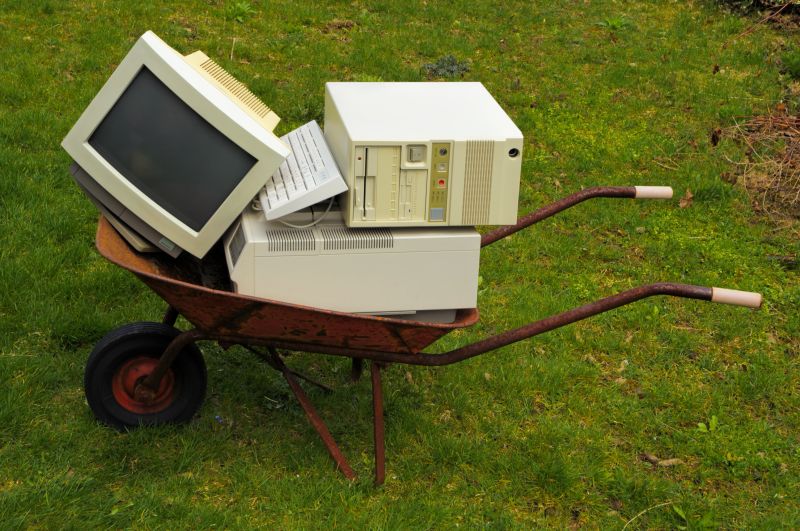 The new year is here, and we’re still playing with the latest wave of new toys; from smartphones to game consoles, digital cameras to HDTVs. It’s the electronic antidote to the post-holiday blues. Now the CES 2016 is upon us tempting us with a whole new batch of early adopter goodies, so here’s the one big question we all need to remember to ask.

How long will all of these new gadgets last?

For some home items, consumers will wait until the day the device doesn’t work anymore, which is common for household appliances like washing machines, dryers and dishwashers — a cycle that can last over a decade. For other products, however, customers prefer to spring for a new model well before the device breaks.

To get a sense of consumer mindsets across product lines, the Consumer Electronics Association surveyed 1,013 adults on electronics life expectancy. Our friends at SpecOut charted the results, then did a bit of our own data-driven speculation. The chart below shows consumers’ average expectations for seven popular products.

With technology getting cheaper every year, television makers have tried to invent new reasons to buy. Five years ago, they focused on three dimensions. Today, they’re pushing 4K resolution — TVs with double the horizontal pixels of an HDTV.

None of it seems to be working. Consumers still think a new TV will last over seven years, the longest lifespan of any product on this list. They’re right to be skeptical: 3D TVs never really clicked with couch potatoes. Today, most 4K sets remain over-the-top, particularly when the majority of TV programming can’t even render the content at such a high resolution. It also doesn’t help that the newest TV technology tends to carry a $500 to $1,000 premium.

As smartphone cameras have improved, digital camera makers have been forced to make a decision: beat the smartphone on price, or retreat to the high end, offering more features and better image quality at a premium price point?

The data says they’ve chosen quality, with the average camera cost rising steadily for half a decade, among both point-and-shoots and DSLRs.

Unfortunately for Canon and Nikon, that also makes consumers reluctant to buy frequently. As it stands, customers believe digital cameras will last 6.5 years. And by 2022, the smartphone will likely swallow up even more of the market.

It’s been 10 years since the Blu-ray player launched, just short of two product life cycles. Some early adopters might have bagged two players by now, but the product looks likely to wind up a one-and-done for most American households. Sure, families will replace the device after about six years, but they’ll do so with Netflix, HBO Go and Apple TV, not more discs and Blu-ray features. And even if they don’t, they can always just use their PS4s or Xbox Ones.

Like the digital camera market, game consoles have had to weather the smartphone onslaught, as 99¢ mobile games have threatened to replace $60 console titles. And yet, the game console industry remains strong, with Microsoft and Sony consistently selling between 10 and 15 million consoles per year since 2008.

Unlike TV makers, console manufacturers seem to have figured out the economics of the industry. When a console is brand new, they sell the machine at a loss. Then, they recoup the money through pricey software sales and increasingly cheaper technology over the course of six years. The longer the product life cycle, the better for the console maker.

It’s the sort of lifespan that can make a PC gamer’s head spin (they can’t believe people would spend hundreds for six-year-old technology), but it sure makes for good business. Console makers appear to be winning the messaging war with consumers, who peg a console’s life cycle at 5.7 years.

For laptops, lifespan heavily depends upon daily use. If you use the same machine all day at work and sometimes into the night, you’ll be lucky to get three good years out of the product. Conversely, if you save your laptop for occasional trips or light evening use, you could potentially squeeze out a full decade.

With a life expectancy of just 5.1 years, tablets earn the second-shortest lifespan on this list.

Part of the issue might be the slow pace of annual performance upgrades. While tech manufacturers tend to cram their flagship smartphones with the most advanced technology available, tablet improvements have been more modest. Consider that tablet battery life, RAM and screen size have held remarkably consistent for five years. If manufacturers aren’t making notable improvements, how can they expect customers to upgrade?

Smartphones: The King of Consumer Electronics

At last we arrive at smartphones, which consumers believe will last 4.6 years, on average — the shortest lifespan of any product in the survey. Given that Americans spend nearly five hours per day using their phones, it’s a miracle the devices even survive that long.

Still, a 4.6-year life cycle is perfect for smartphone makers and third-party dealers. They like to buy back smartphones after two years, then resell the refurbished unit to a second customer. It’s just about the only industry in the world where customers are willing to pay more than $500 every two years.

You can bet TV, tablet and digital camera executives would love to play by the same rules. For now, however, the smartphone is king.

Compare Thousands of Smartphones on SpecOut