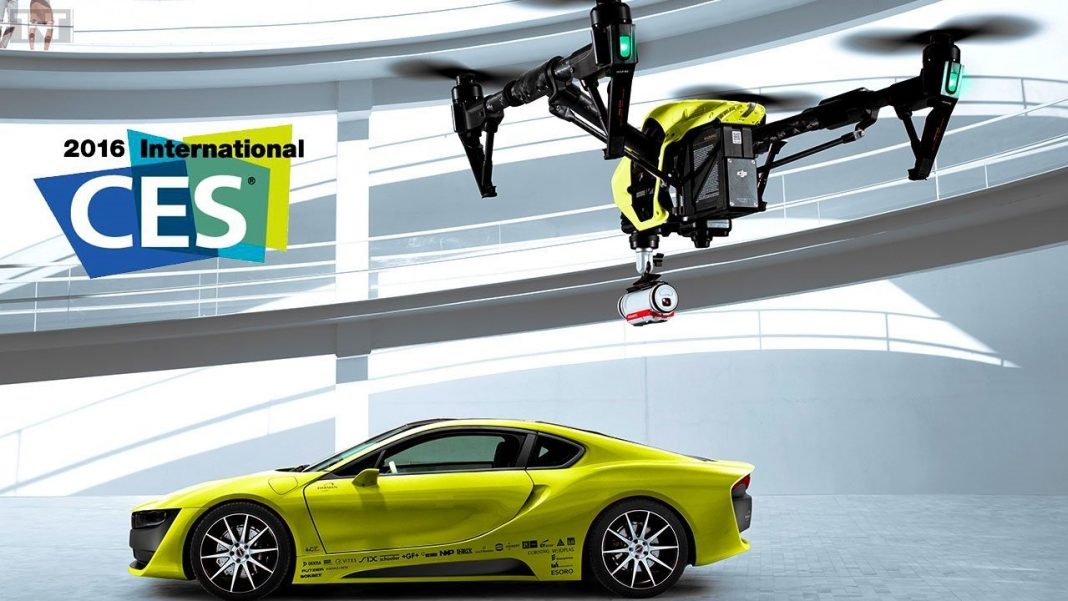 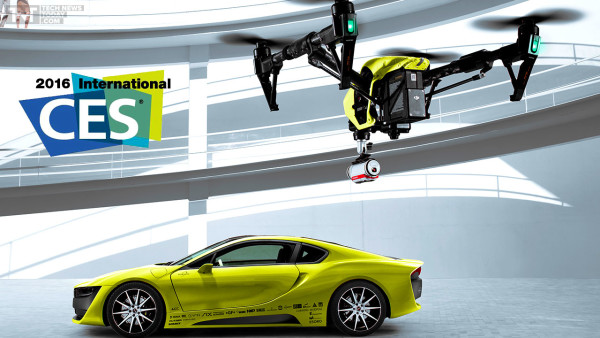 Just when we’re adjusting and getting used to last year’s technology, it’s already time for the Consumer Electronics Association‘s 2016 International Consumer Electronics Show (CES) which kicks in this week. Like every year, tech industry insiders and early adopters will be salivating over what the future holds or could hold. This is the show that pretty much determines what will be on your favorite tech geeks 2016 wish list for every holiday, including Christmas.

It was the VCR in 1970 that changed the way people watch movies and even gave them the ability to record television shows. In 1981, it was the CD player and camcorder, changing the format we listen to music and preserve family memories.

With virtual reality, connected homes and high tech cars set to take over Las Vegas, there will likely be more than one star of the show. Spread out among the 2.4 million square feet of hotel and convention center space, attendees will get a chance to interact with technology so new that some products don’t even have release dates yet.

“It used to be there is one big hit but that is no longer the case,” Gary Shapiro, chief executive of the Consumer Technology Association said. At his first CES event he recalled being wowed by compact discs.

One look at the list of more than 3,200 exhibitors, and it’s clear this year’s CES has come a long way from the event’s start in 1967.

Patrick Moorhead, an analyst at Moor Insights & Strategy, told media insiders that he’s most excited “about the maturation of home automation.”

“It’s been the early days and I think we’re going to see a lot more easy to use devices to control things in your house such as your lights, temperature, garage door, your security,” he said.

Virtual reality is also set to have a big year at CES. Moorhead said he’s looking for virtual reality experiences that bring content to consumers — whether it’s games or a new way to watch a film.

Shapiro agrees 2016 will include a lot of virtual and augmented reality standouts, but said he expects there will be plenty of other breakout stars to also emerge from this year’s CES.

“With 2.4 million sq feet of space and so many categories from robotics to 3D printing to drones and driverless cars, there is a lot going on,” he said. 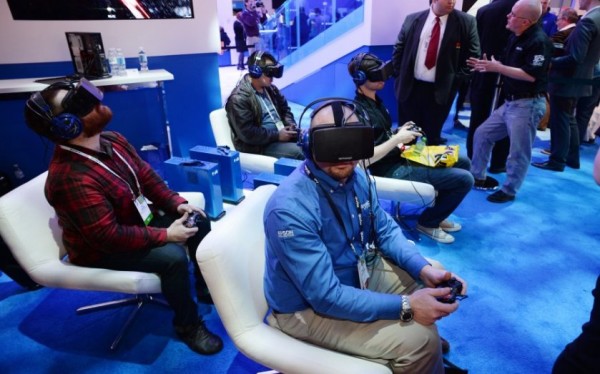 So, knowing that there will be more than 3,000 companies vying for your attention, here’s a shortened list of the top trends to watch for at CES 2016.

While it made headlines in 2015, virtual reality is expected to explode in a big way in the new year, according to tech experts. What started off sounding like a gimmick out of “The Jetsons” now looks to position itself as an accessible and mainstream option for entertainment and business use.

Major companies in the virtual reality sphere like Oculus (now owned by Facebook), Sony, and HTC will be hand at CES with displays of the Oculus Rift, PlayStation VR system, and HTV Vive, respectively.

To answer the growing popularity, CES has made way for a major virtual reality presence. More than 40 exhibitors will be represented, expanding VR’s footprint at CES by 77 percent over last year, according to an event press release.

Statistics from the Consumer Electronics Association suggest why: In 2016, projected sales of virtual reality headsets are expected to increase by 500 percent with 1.2 million units sold. Projected revenue may reach $540 million.

Following up on the sector’s showing last year, connected cars will continue to have a large presence at CES. Expect to see even more syncing between cars and consumers’ mobile technologies this year.

“Most people wouldn’t dream of going a day without consulting their smartphone or tablet for information, and they want the same level of technology and polish to apply to the technology within their cars, too,” CNET editor at large Tim Stevens has said. “We’ve seen all the major auto manufacturers making a huge push to raise the bar of their in-car technology.”

Stevens, who will be moderating a panel on connected car innovations at CES, said that one only has to look at Apple‘s Car Play and Google‘s Android Auto applications to see how the mobile industry is trying to cash in on this growing connected car trend. Both of these programs allow a smartphone to assume control over a car’s in-cabin “infotainment experience,” taking charge of music streaming, voice recognition messaging, and navigation.

“By the end of the year, expect them both to be common functionality,” Stevens said. “This is an exciting trend for most consumers, because they’ll be able to stay connected and easily access the music on their phones but do it in a safe, legal way.”

For those hoping to see some of the futuristic gear from “Star Wars” applied to the real world, hang in there. “Fully autonomous cars that can drive from Point A to Point B” won’t hit the market this year, “but the evolution toward that level of autonomy will continue, with everyday cars getting smarter and safer,” Stevens said. “More and more cars will receive more advanced driver assistance technologies, even affordable cars like the Chevrolet Malibu, which can steer itself back into the lane should the driver start to wander.”

CES 2016 is also expected to see the introduction of the Chevrolet Bolt, an all-electric compact car that promises to go 200 miles on a charge. At $30,000, it may help bringing electric vehicles more accessibly into the mainstream.

Following all the hype surrounding the introduction of the Apple Watch last year, expect wearables to be a big talking point at CES 2016. Trend-watchers say, get ready for wearable tech and fashion to be stitched together more seamlessly.

Every year, FashionWare is the gear-oriented fashion show held at CES, and CNET reports that consumers can expect to see tech developers and designers try the difficult balancing act of creating clothing that is stylish yet functional, looking cool without compromising the technology.

As a result, expect technology like LED lights or even screens to be embedded seamlessly in clothing, not appearing as bulky extensions.

To see how this trend of fashionable tech is coming more and more into vogue, one only has to look at the floor plan of CES itself. CNET reports that the square footage of the wearable tech area at CES has quadrupled to 9,400 square feet, and the number of wearable tech exhibitors has tripled to 41, making CES something of an unofficial, high-tech fashion week of its own.

Adding to the-future-is-here vibe of CES is the continued strong showing of robotics. On its website, CES has 27 robotics exhibitors listed so far. The companies represented show a wide range of unexpected applications for robotics technologies.

JETRO, the Japan Innovation Showcase, has a wide range of consumer robotics, from a therapy robot called Pero to one that can prove useful in search and rescue missions.

Another big trend is the increasing popularity of drones. 2015 saw drones — or Unmanned aerial vehicles (UAVs), as enthusiasts prefer to call them — repeatedly in the news headlines. This year’s CES will be another drone-heavy year.

During CES, there will be four conference sessions dedicated solely to drone innovations and trends. The panels will delve into a wide range of topics, from how drones can be used in daily consumer life, to government applications for UAVs, to the social benefits of this technology. For instance, one talk will center on drones being used in a variety of services from delivering first aid to being deployed in rescue missions. 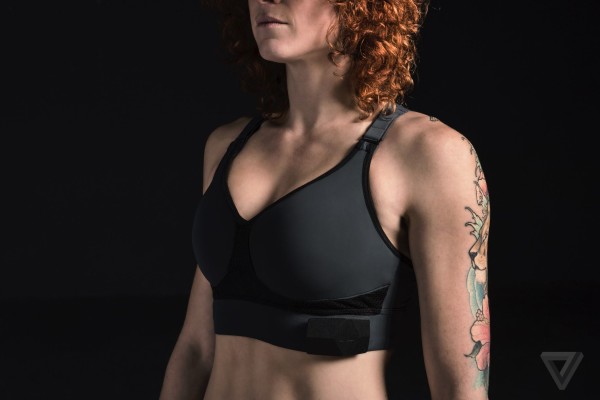 Just when everyone has adapted to the Fitbit and the Apple Watch, a San Francisco-based company is now pushing consumers onto the next big thing; the OMbra. This is the world’s first “smart” bra which will be introduced at CES 2016, and it aims to measure your biometrics through a piece of clothing that many women already wear daily.

Women gravitate towards wearables, but they don’t want an item they have to put on or worry about every day,” says OMsignal chief marketing officer Shaz Khang. And “if they’re going to be wearing it all day, they want to get more information.”

The bra is expected to start shipping in spring, for around $150.