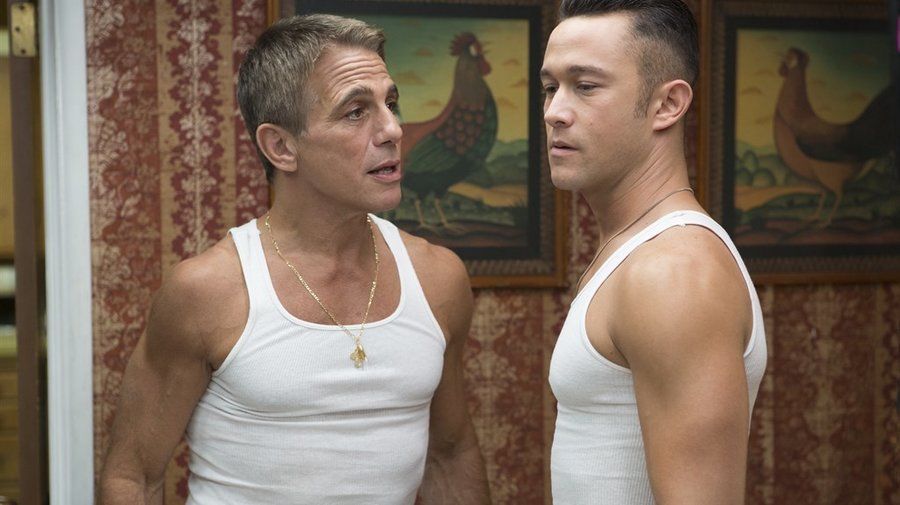 Thankfully, Valentine’s Day only comes once a year, but for those that appreciate, here’s 30 of the best romantic comedies (rom-com’s) that you can check out if you haven’t already watched them on this fine day. If you’re a little more sardonic about the day, you’ll appreciate Shane McLendon’s movie choices that will surely make you glad to be single…or wish you were. Our gossip girl Ricki Reay came up with her list of the most romantic movies so if you want something to make you cry, here’s your list. We give you plenty of choices.

If art imitates life, do the love stories we see on the big screen reflect reality? Throw in some comedy for effect, and you might come close to the sometimes messy, often poignant, but always heart felt genre that is the romantic comedy.

Commonly referred to as rom-coms, these films make you laugh, cry and keep faith that your soulmate is out there somewhere. To identify the best rom-coms to enjoy on Valentine’s Day — or really any time of year — our friends at Pretty Famous looked for romantic comedies with over 50,000 IMDb votes. We then ranked the films by Smart Rating from high to low. Our Smart Rating (out of 100) is a weighted average of the following:

Whether you’re watching a rom-com to celebrate Valentine’s Day or any time of year, this list has your must-sees.

Note: Ratings in the Smart Rating are all given equal weight, whereas box office gross has a lesser weight.

For Toula, marrying a non-Greek man won’t be as easy as it might seem, since she needs to contend with the overbearing — and often hilarious — protests of her very Greek family without driving him away in the process.

It’s about time they made a movie about a zombie who falls in love. When R (a member of the walking dead) meets a girl named Julie, he starts to remember what it’s like to be human, to feel and to love.

If you had the gift of time travel, would you change your past to alter the outcome of your future? A twentysomething named Time does just that when he traverses the space-time continuum to get the girl of his destiny.

Even ants need love. Z (voiced by the ever-neurotic Woody Allen) seeks to escape his oppressive colony, all the while trying to win over the heart of a princess (played by Sharon Stone), who in turn seeks to remove herself from an equally stifling kingdom.

#26. While You Were Sleeping

When Lucy (played by Sandra Bullock) saves a man’s life, she pretends she’s engaged to him. She’ll need to do more than that, though, to convince the man’s brother (played by Bill Pullman) that her heart really belongs where she claims it does.

In this newest installment from director Judd Apatow, the eponymous trainwreck of the film, Amy (played by Amy Schumer), must reconsider her hard-partying ways when she meets a nice, well-meaning guy (portrayed by Bill Hader).

Bridget Jones, a single, lonely British woman, keeps a diary for one full year, chronicling her attempts to date, get in shape and avoid accidents. Based on the best-selling novel (which in turn was based on “Pride and Prejudice”), it put Renée Zellweger on the map.

Plenty of divorced men going through a midlife crisis have tried picking up girls at bars to compensate, but in “Crazy, Stupid, Love,” it proves hapless and memorable for Cal (Steve Carell), who might just get a second lease on love.

Is it really possible for the Hollywood elite to make a relationship work with an average, non-famous person? Modest bookstore owner Will (Hugh Grant) finds out firsthand when he bumps into Los Angeles starlet Anna Scott (Julia Roberts) in London’s Notting Hill.

“Wrong place, wrong time” could never be more apropros in “Forgetting Sarah Marshall,” at least not for TV show producer Peter (Jason Segel), who, after jetting off to Hawaii to get over a breakup with his girlfriend Sarah (Kristen Bell), ends up running into her at the same resort. Only this time, she’s got her new boyfriend (Russell Brand) in tow.

When college freshman Beca joins her school’s all-female acapella group, they’re tasked with competing against their male singing rivals, the Treblemakers, with one complication — the affections of one member named Jesse.

How do phone-harassing mattress salesmen, seven crazy sisters and copious amounts of pudding help down-and-out toilet plunger salesman Barry (Adam Sandler) meet the woman of his dreams? Watch “Punch-Drunk Love” and you’ll find out how it all makes sense.

There are times when a guy needs to go to battle with his new girlfriend’s seven evil ex-boyfriends to secure her love. In this adaptation of the popular graphic novel series, that’s exactly what the title character (played by Michael Cera) must do with wit, music and cunning.

When widower Sam (Tom Hanks) relocates to Seattle, he’s still grieving over the death of his wife, so his son calls into a radio talk show to express the loss his father feels. Intrigued and touched, it connects Sam with a reporter named Annie (played by Meg Ryan) in a way he never imagined.

Andy’s reached the age of 40 without ever having sex, and his nerdy, action-figure-collecting ways certainly hinder his chances of meeting the right woman. But a chance meeting with an attractive single mom and some good-hearted encouragement from his coworkers might just be what he needs to break the cycle of unintended celibacy.

Holden (Ben Affleck) and Banky are best friends until Holden’s interest in Alyssa — who happens to be a lesbian — threatens their friendship and ability to work together.

The name of the film is a reference to the town of Gross Pointe, where Martin (John Cusack) is attending his upcoming high school reunion. The Pointe Blank part? Martin grew up to become a hitman, and now his heart is burdened not just with the “job,” but rekindled feelings for his old girlfriend Debi (Minnie Driver). Like “High Fidelity,” Cusack proves he’s the king of the late ’90s indie rom-com.

When a princess named Giselle (Amy Adams) gets on the bad side of a wicked queen, she’s exiled from her kingdom to modern-day Manhattan, where she ends up falling for none other than a divorce lawyer (Patrick Dempsey). Can he compete with a time-traveling prince sent to bring her back?

A love story that’s not a love story at all, “(500) Days of Summer” is told from the perspective of Tom (Joseph Gordon-Levitt), as he recalls his up-and-down relationship with manic pixie dream girl Summer (Zooey Deschanel). The only problem? The nonlinear narrative is meant to show us what Tom perceives as the highs and lows of his time dating Summer — and not, perhaps, how the relationship really unfolds.

John Cusack portrays record store clerk Rob, who can’t seem to figure out why his relationships keep going sour — so his encyclopedic knowledge of music and all things “top five” give him pause to reflect on his last five breakups. Through a musical — and personal — journey, he discovers a bit more about himself, and learns a critical lesson drawing him back to someone he once lost.

It’s not “Show me the money!” that makes people remember this mid-1990s Tom Cruise vehicle — It’s “You had me at hello.” When disgraced sports agent Jerry Maguire puts all his cards on one hot-shot football player, he also has to test his commitment to Dorothy (played by Renée Zellweger). Break out the Kleenex for the airport reunion scene.

#9. Four Weddings and a Funeral

You might want to watch “Four Weddings and a Funeral” back to back with “Groundhog Day,” not only because they both feature ’90s rom-com queen Andie MacDowell, but for the keep-trying-until-you-find-love motif throughout both films.

The movie that put Hugh Grant on the map in the U.S., Grant plays Charles, who decides to dash his bachelor ways after crossing paths — and falling for — the same woman he meets at five separate social events.

Can men and women just be friends without sex getting in the middle of it? It’s one of many relationship questions raised in Rob Reiner’s “When Harry Met Sally,” a story about Harry (Billy Crystal) and Sally (Meg Ryan), longtime platonic friends who flirt with romance over the course of 12 years. Connecting, losing touch, and reconnecting again, do Harry and Sally finally end up together in the end?

Blake Edwards’ adaptation of the famous Truman Capote romance does the novella justice as Audrey Hepburn’s most recognizable, iconic and much-imitated character of Holly Golightly, a New York socialite whose affair with her new neighbor, Paul (played by George Peppard), doesn’t happen without some comedic complication — and a happy ending, at that.

Sometimes, it’s perfectly appropriate to take artistic liberty when rewriting the love lives of real people in history, which is why “Shakespeare in Love” stands the test of time as one of the greatest romance films.

While writing “Romeo and Juliet” (in itself a tragedy), William Shakespeare (portrayed by Joseph Fiennes) woos a wealthy businessman’s daughter (Gwyneth Paltrow), helping him overcome his writer’s block — but not without some cross-dressing hijinks and a stern judging from Elizabeth I herself.

Through their wisdom and unique artistic perspective on life, Gil will never look at love the same way again.

If you’ve never received a second chance at love, this modern classic directed by the late, great Harold Ramis will show you how a third, fourth, fifth and sixth try can come with comedic consequences.

With the new biopic “Trumbo” up for accolades, it’s hard to deny the genius of Dalton Trumbo’s screenwriting in films like “Roman Holiday.” Directed by William Wyler, its plot has been copied but never bettered.

In their random encounter, opposites Ann (played by Audrey Hepburn) and Joe (portrayed by Gregory Peck), enter a whirlwind romance in Rome between princess and American journalist. The locale gives the film’s 1950s Italian locations a sweeping, picturesque beauty indicative of the era.

Though it looks and plays out like a film from the Golden Age of Hollywood, “The Artist” is one of those newer period pieces that stays true to the integrity, honesty and realism of the era it portrays. This poignant film is a romance between a silent-film actor whose star is fading — and the young actress whose fame is rising.

#1. It Happened One Night

Arguably the very first rom-com ever made, this Frank Capra-directed classic of the silver screen stars Clark Gable and Claudette Colbert (as a maverick newsman and spoiled socialite, respectively). The film shows how, despite some early misgivings, love has a chance. “It Happened One Night” went on to win five Oscars and define a whole genre.