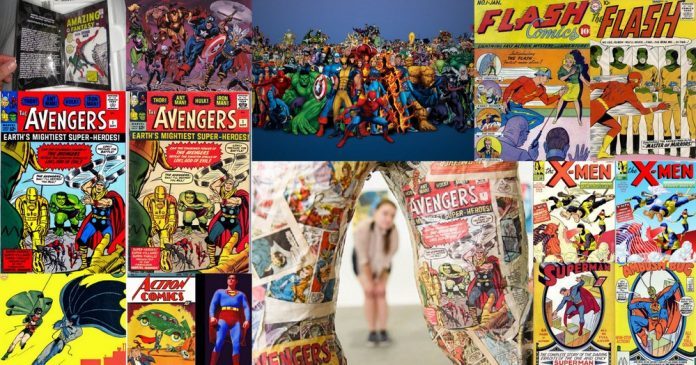 About a year ago, some websites and TV stations said that comic book collecting is once again on the rise and can even be more valuable than the stock market. The rise of good superhero movies probably gave rise to this trend as well as news of the sporadic resurgence of very old comic books in good condition picked up from some old dwellings. Like that copy of Action Comics #1, the first appearance of Superman found inside the walls of an old home. The latest news I’ve read was that a bunch of old comics worth thousands of dollars were used by a sculptor for his work. One book, in particular, was the first appearance of The Avengers now on the leg of a papier-mâché sculpture. 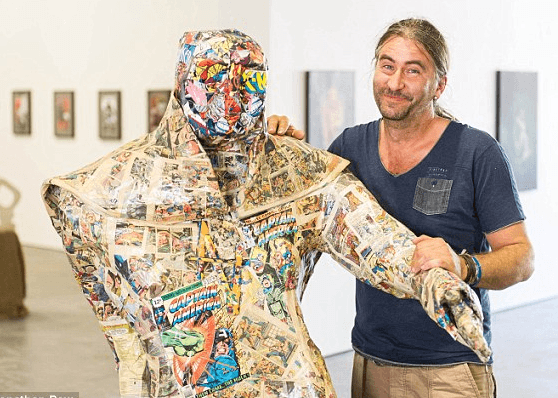 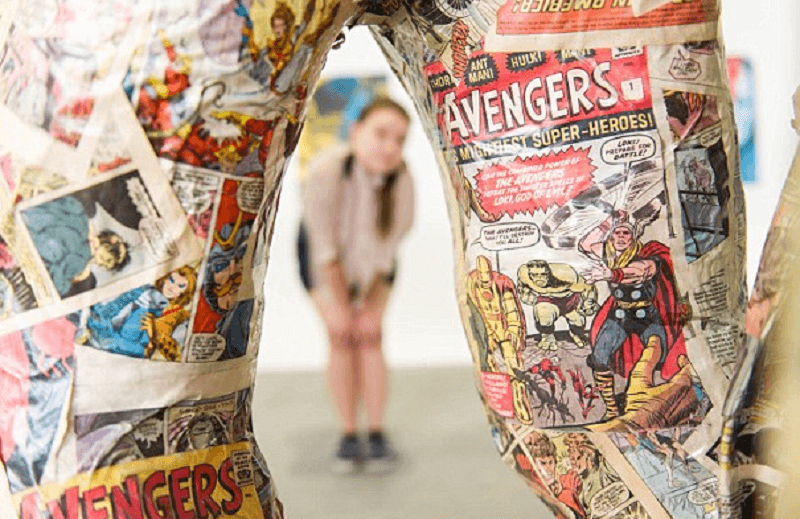 Collecting comic books as a hobby with financial prospect has been going on for a long time; even way back in the comic book Bronze age from the 1970s as people began to recognize the value of older comic books from 1937 to 1955 that by then fetched high prices. Comic books way back were treated as throwaway items meant for kids, and not as the valuable literature we see them as today. Many parents still do see them as trash.

Then came the crazy 90s and the comic book speculator bubble which coincided with the modern age of comic books broke loose. In much the same way as the opening of this article, newspapers, and TV ran stories that comic book collections were a great investment as comic books that had first appearances of popular characters like Spider-Man sold from hundreds to thousands of dollars. 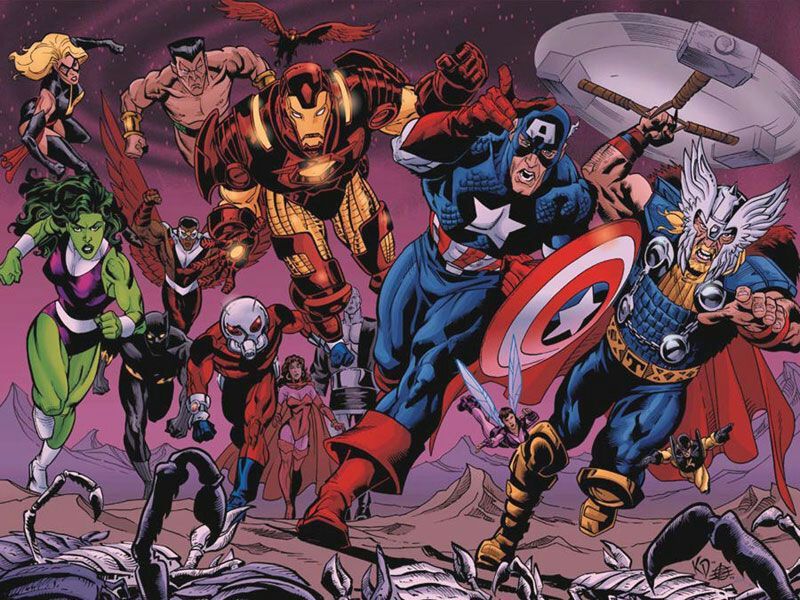 The problem publishers didn’t account for was they over saturated the market with millions of copies of supposedly rare first appearances of characters, costume changes, and plot twists; as well as upping up the art a notch with rock star artists. During that time, nothing was rare anymore except for the truly old ones. The Death of Superman? Not rare. Batman’s new metallic costume? Not rare. Jim Lee’s X-Men #1? Beautiful, but not rare, nor would they be in the foreseeable future as most adults and kids back then who love comic books have one. Signed copies from the artists themselves perhaps, but with all the conventions going around, there’s probably a lot of those too.

Nothing beats the classics though when it comes to rarity. The simple idea that a comic book will be a hundred years old more than a decade from now is awesome in itself, but knowing that there are only a few dozen left in the world is even more incredible. These comics are prized by collectors and can be worth as much as a million dollars. Now that people know who Doctor Strange and Ant-Man are, that gives their first appearances more value. More so with Wonder Woman and other heroes who have been brought to life as successful films. We now list the top ten comic books that comic book collectors would want. 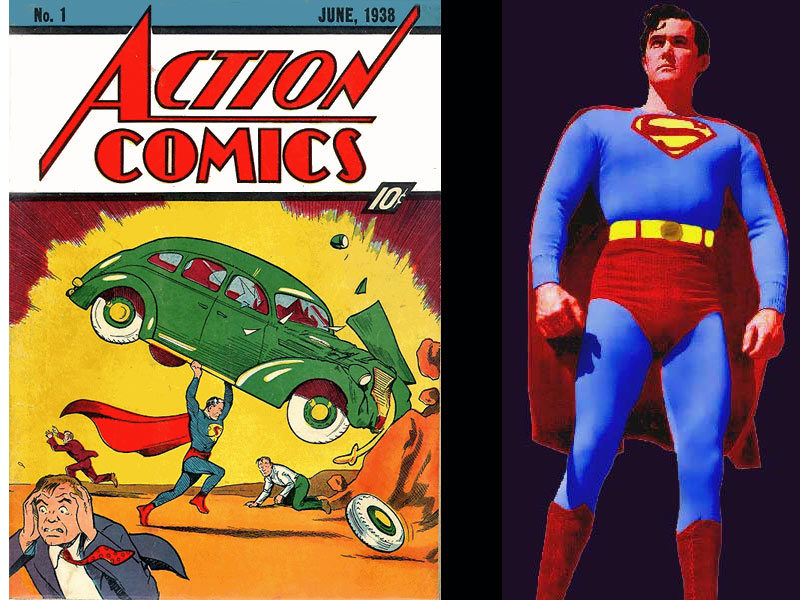 Why is Action Comics #1 perhaps the most valuable in the world in mint condition? Because it’s the first appearance of The Man of Steel himself, Superman. Mint condition comics sell for over two million dollars. This comic book was published way back in 1938 and gave life to the superhero genre. Even lower-grade or slightly damaged ones can fetch hundreds of thousands of dollars. The lowest, if you’re a serious collector, is around $75,000. You can check prices here to see if you can get a good deal. 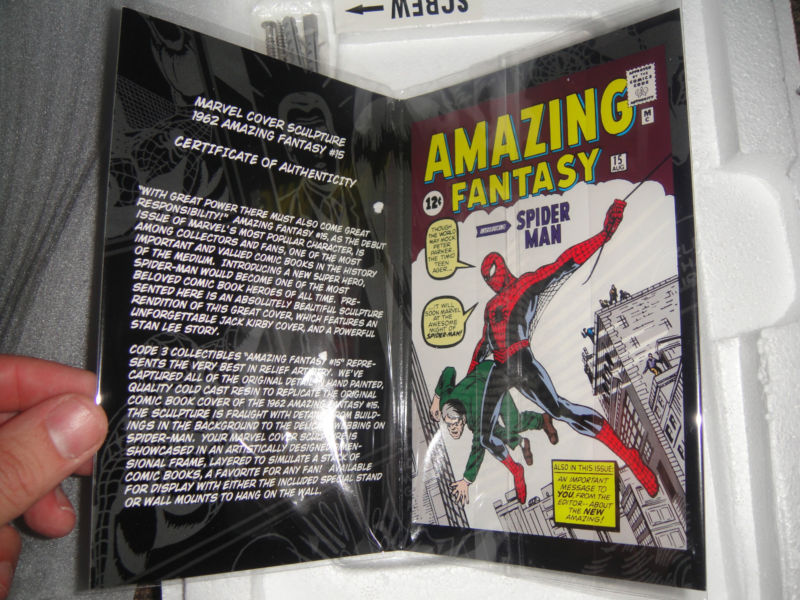 If you would ask who Superman’s counterpart in Marvel Comics is, in terms of popularity, that would probably be Spider-Man. Spider-Man first appeared in Amazing Fantasy #15 way back in 1962 popularizing the trend of giving superheroes real-life struggles and problems like the rest of us. This aspect of the beloved superhero carries on in Spider-Man films and cartoons. A few folks made an issue of giving Tom Holland’s Spider-Man web wings in “Spider-Man Homecoming,” which wasn’t shown in later comics and the Sam Raimi films.
RELATED NEWS
'Transformers' reboot superior, Marvel reboot inferior

Well, folks, he really had them as you can see in the image above. Despite its younger age, a mint copy of Amazing Fantasy #15 could cost over a million dollars or a decent signed one signed by Stan Lee for $20K. 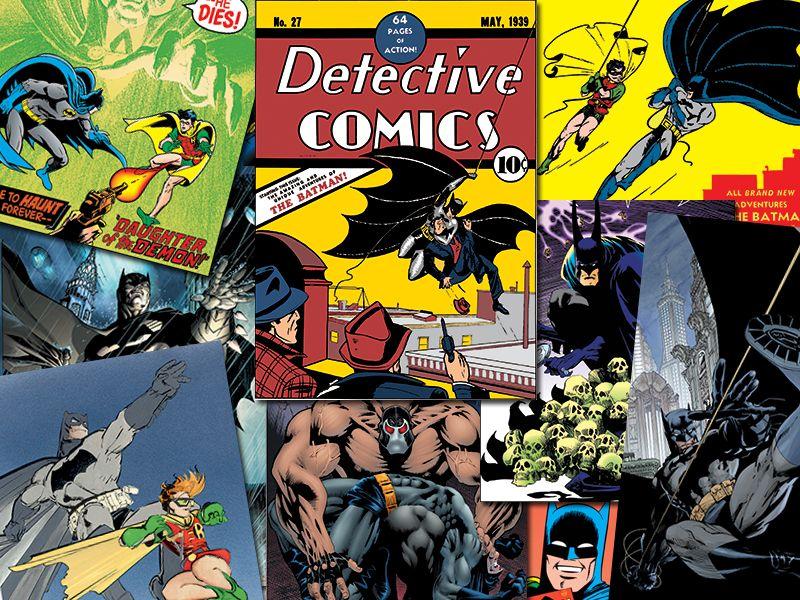 Detective Comics #27 features the first appearance of The Caped Crusader, The Dark Knight, The Batman. The first appearance of this character, which by now is much more popular than Superman, and the book’s rarity gives it a value much more than its weight in gold. The record sale for this issue is over 2 million dollars. If you’re a millionaire, and if you love Batman, you need to have this in your collection. If not, set aside $70,000 for a slightly lower quality one. 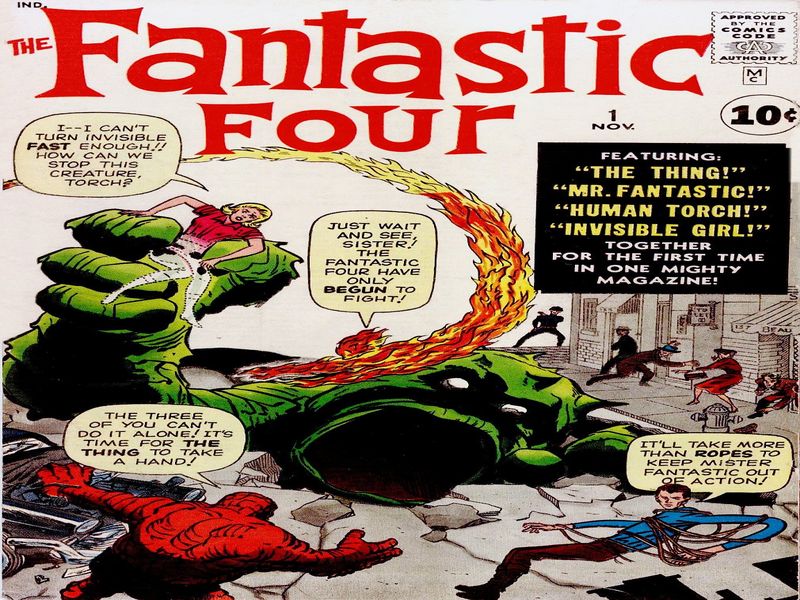 Fantastic Four #1 features the appearance of Marvel Comics’ first superhero team. This was Marvel’s answer to DC Comics’ Justice League. The Fantastic Four was so popular that it became the vehicle to launch many other characters in the Marvel Universe. This book’s value today in mint condition is priced at 300,000 dollars. The lowest price, most likely in bad condition at 800 dollars. Hard to believe that these comics up to this point were only worth 10 cents. 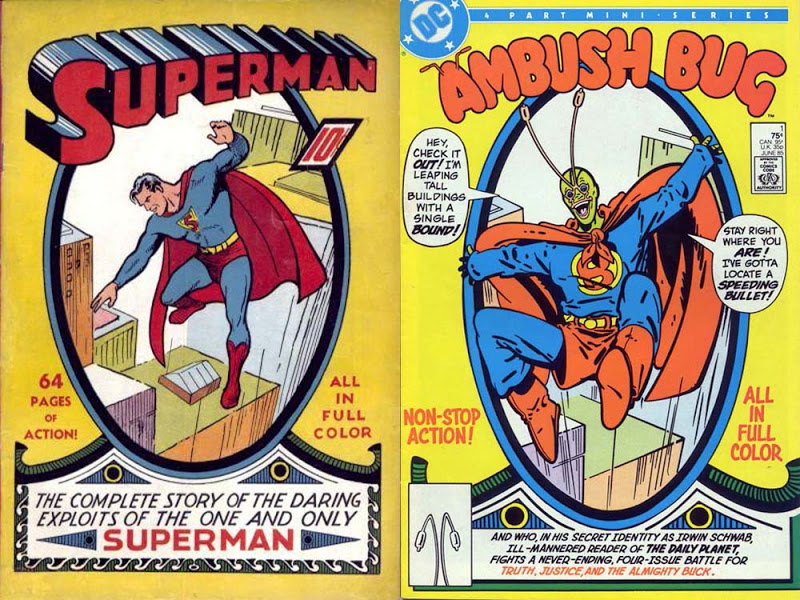 Simply put, this is Superman’s first own regular title, thus making it valuable. This issue has been said to have sold at over half a million dollars. 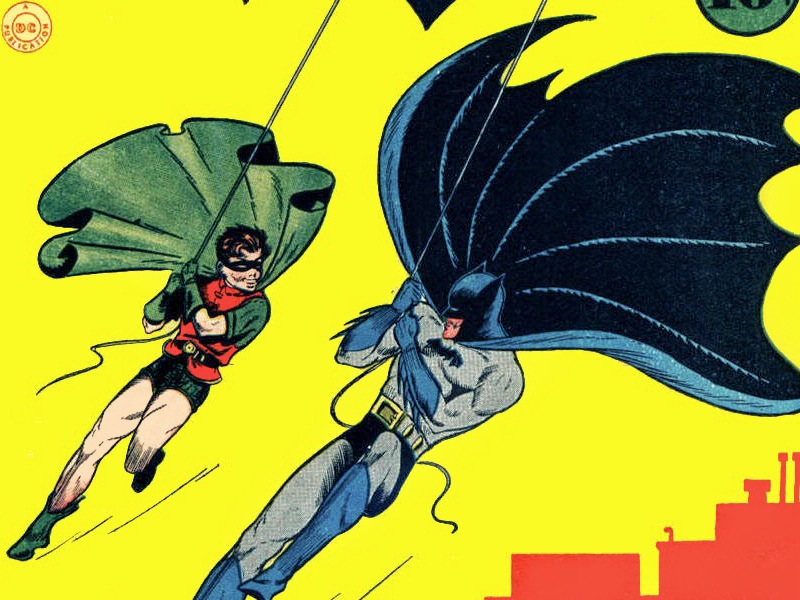 The intrinsic value of this comic book not only comes from being Batman’s first solo title, but because it also features the first appearance of The Joker. This book in mint condition is now worth over 500,000 dollars. The minimum amount for it is $16,000. 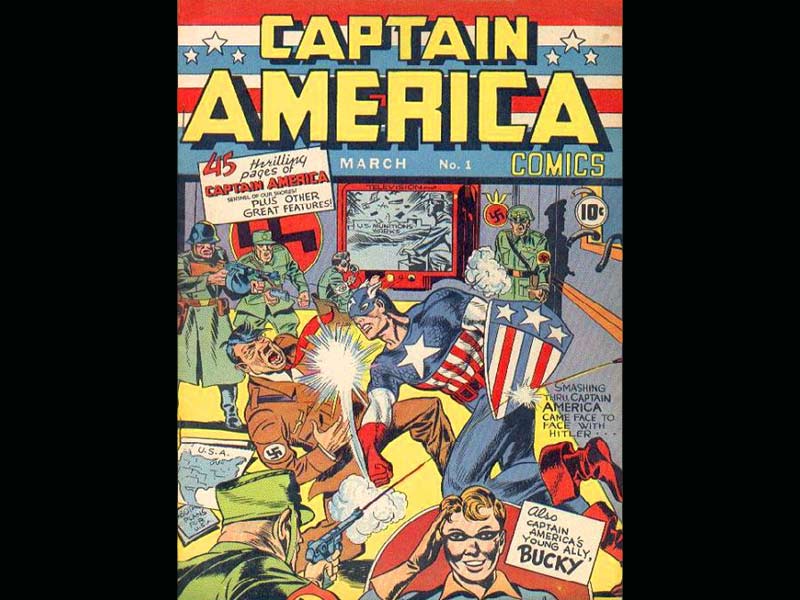 Cap has been around since the 1940s but he’s more popular now since back then thanks to the Marvel Cinematic Universe. Captain America Comics #1 was published in 1940 by what was then Timely Comics. He doesn’t cost as much as Action Comics though as he hasn’t achieved the same level of popularity as Superman or Batman. A mint condition copy bags around $300,000. Collectors are in luck if they come across a not-so-mint one for around $10,000. This comic also made an appearance in “Captain America: The First Avenger.” 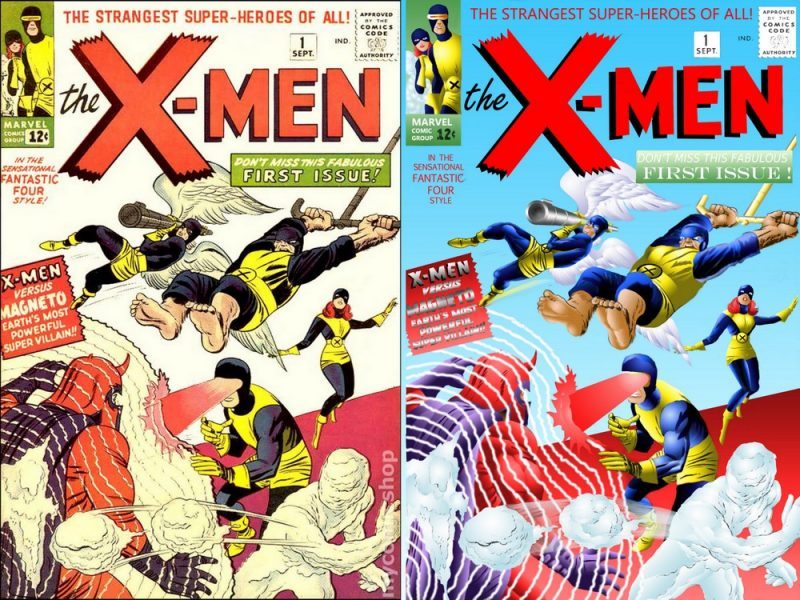 Who doesn’t know the X-Men? They’ve actually been around since the 1960s. So, does the “X-Men: First Class” film make sense now? Anyway, Uncanny X-Men #1 features the first appearance of Marvel’s mutant team. This book in mint condition is highly prized at $492,000. 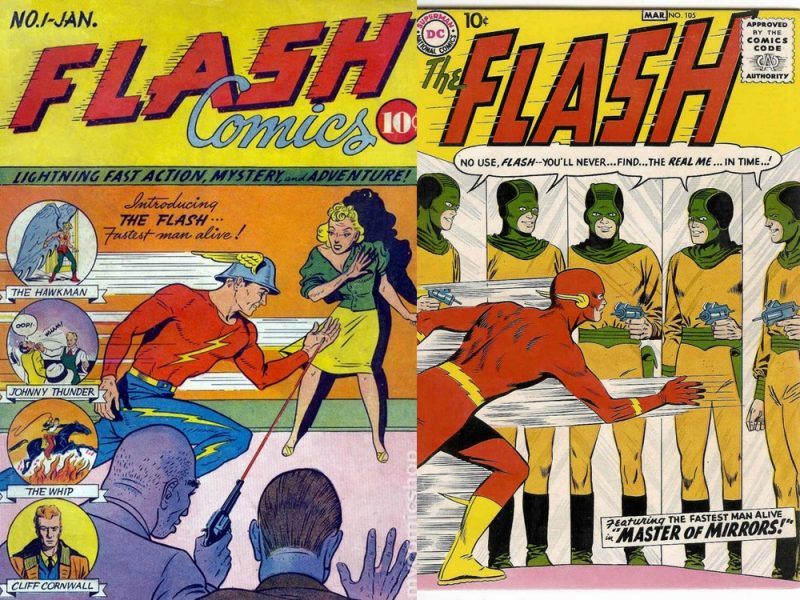 The Flash has been whizzing around for almost as long as Superman has, and the character has greatly evolved over the years. The Flash in this book, however, is not TV’s Barry Allen, but the Golden Age Flash, Jay Garrick. The record sale for this issue in mint condition is a whopping 450,000 dollars. Collectors are in luck as they can get one for a minimum of $4,000 or so. 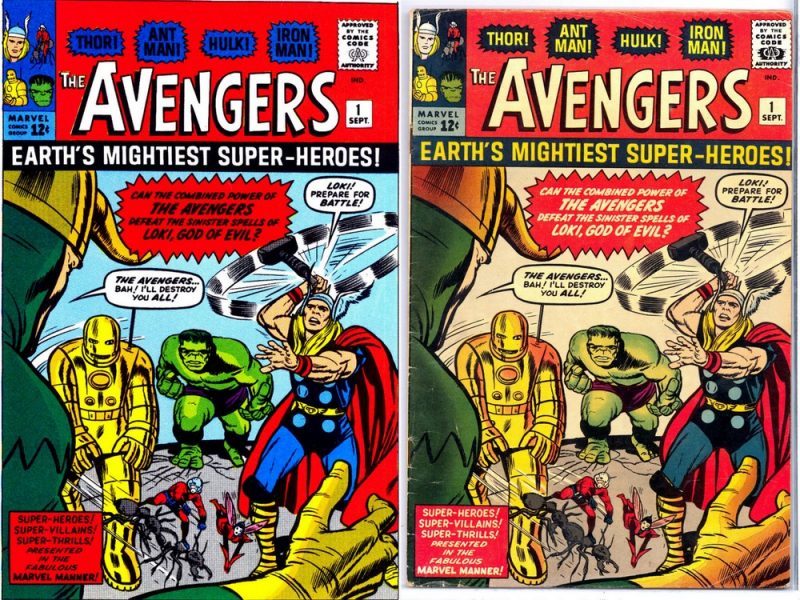 Despite the Avengers movie; this book has always been a popular item among collectors along with the first appearance of Wolverine and Giant-Size X-Men. This book features the first appearance of the Avengers. Unlike the film, Captain America is not yet present, Hulk doesn’t stay, and Wasp and Ant-Man are among the founding members. This comic sells for as much as $275,000 in top grade condition, while you could probably get one for as low as $300. Or you could buy that Paperboy sculpture for more impact.

So, now you can either dig in your attic looking for those comics you couldn’t let go of or just sulk knowing that your mom threw them out when you were in college. 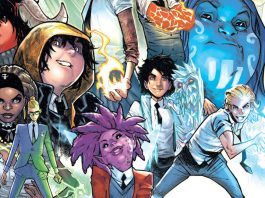 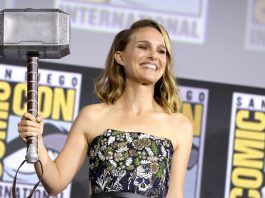 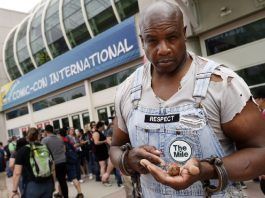 Comic-Con 2019 begins bigger than ever