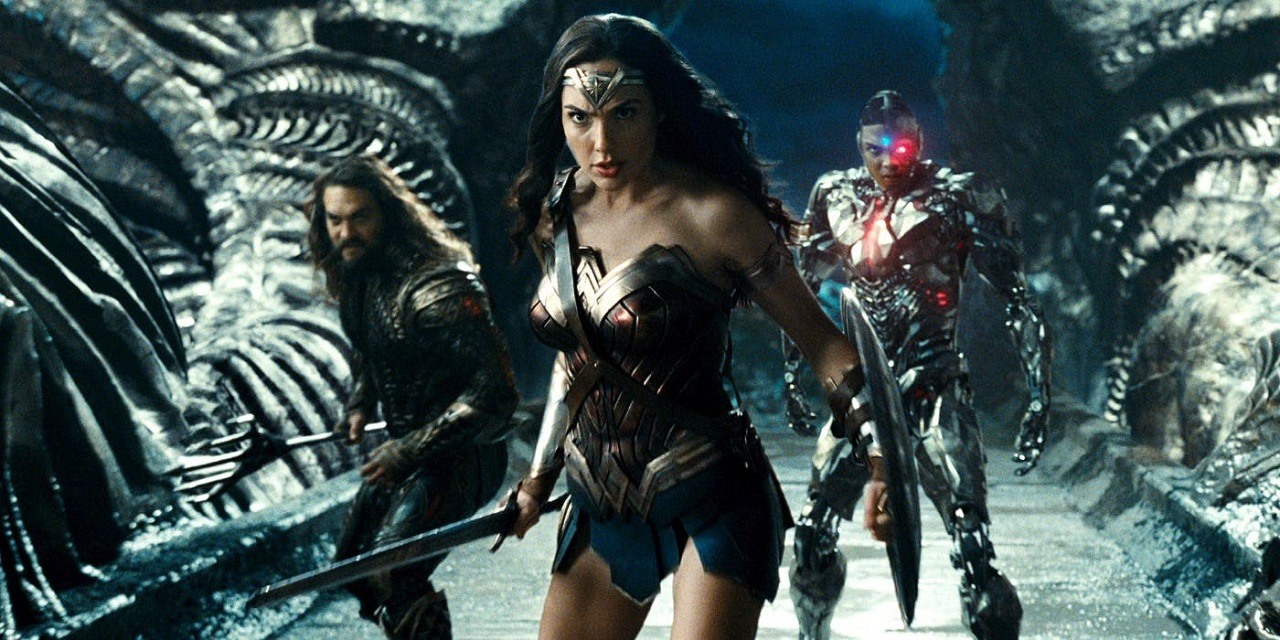 When you’ve just walked out of the latest smash hit movie, you’re in a mixture of two moods. You’re happy because the film was awesome, but you’re also sad because it’s over. Everyone enjoys immersing themselves into fantasy land now and then, so it’s only natural that you’ll want to spend more time there.

Fortunately, the biggest and best films also spawn tie-in materials. It might be comic books, or spin-off TV series. You might also be able to play video games based on the movies. If you like the occasional gamble it gets even better – there’s a whole range of movie-themed slot machines you can play online, from the comfort of your own home, on reputable sites like www.roseslots.com. We’re going to break down ten of the latest and greatest for you right here, right now! 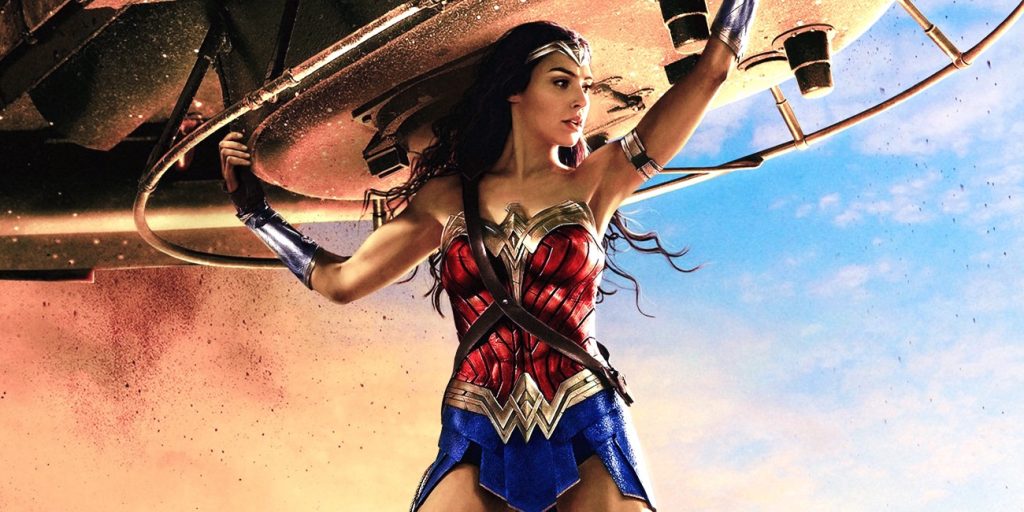 Being an action movie star isn’t just for men. The massive success of Gal Gadot’s star turn as “Wonder Woman” demonstrated that, and some reviews were impressed by how well it wove all the thrills and spills together with a message about female empowerment. Increasingly, gambling isn’t just a male activity either, and that’s reflected in the online slot that bears its name. It’s a sophisticated slot game, featuring up to 100 pay lines and an adjustable betting stake that makes it suitable for high rollers and more cautious gamblers. It also throws in four separate bonus rounds and a feature game based on Wonder Woman’s belt. 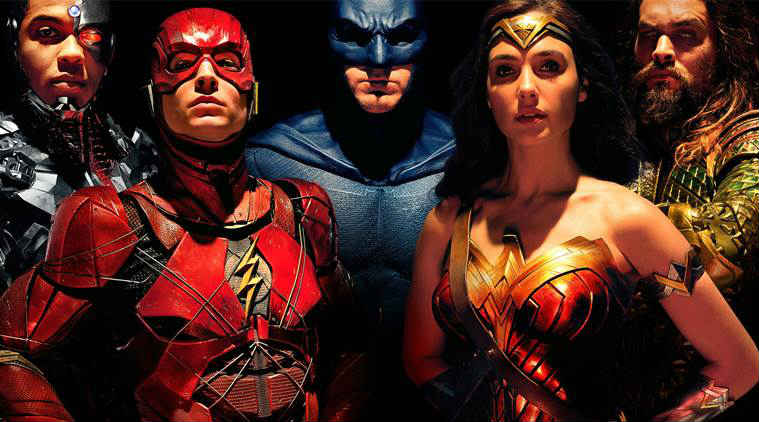 ”Justice League” didn’t tick everybody’s boxes on its first release, but it was still a solid offering, as DC Comics go to to toe at the box office with Marvel and their “Avengers” series. The tie-in online slot isn’t something anyone should be complaining about, though. Expect appearances from all your favorites – Superman, Batman, Wonder Woman and all the rest are here – and they’ll do their best to help you win big. It features the progressive jackpot that’s typical of DC tie-ins, but like any good superhero movie, the stakes are huge. If you’re looking for a game that will really offer you high multiples based on what you put in, you’ve found it. Step onto Skull Island – if you dare – with this movie tie-in from NextGen games. There are four rows to stay on top of, split across five reels, with an impressive fifty potential pay lines. Throw in a randomly occurring bonus round, and there’s a whole lot going on with “King Kong Fury.” Just be aware that the famous ape could turn up and spoil your fun at any time. He’s pretty angry that you’re loose in his jungle. But then you guessed that from the title, didn’t you? 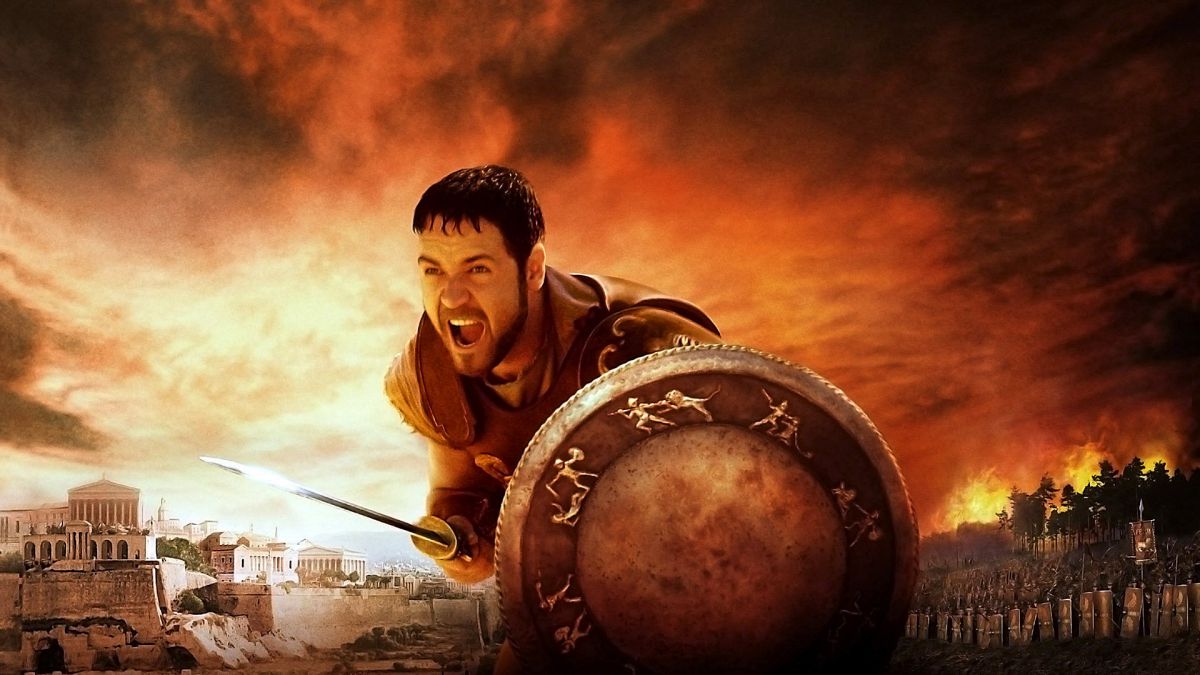 His name is Maximus Decimus. Meridius, commander of the armies of the North, General of the Felix Legions and he’s starring in an impressive new slot game. “Gladiator” is considered to be one of the greatest movies of all time. There’s talk of a sequel, but you can get back into the world of the film with this impressive “Gladiator Jackpot” online slot for now. There are some great visual and audio tie-ins to the movie within the game, along with 25 pay lines and some big potential bonus jackpots.

Well, Arnie did promise he’d be back, didn’t he? And here he is doing battle with the T-1000 once more. Terminator 2 is a bonafide classic, light years ahead of its time when it was released in 1991, and it’s only fitting that it has its own online slot now we have the technology to do it justice. This game is truly interactive – there’s plenty of video footage, and even an innovative “Terminator Sight” feature which lets you hunt down bonus features. With an astonishing 1024 ways to win, it’ll be a while before you’re saying “Hasta la vista, baby” to this one. 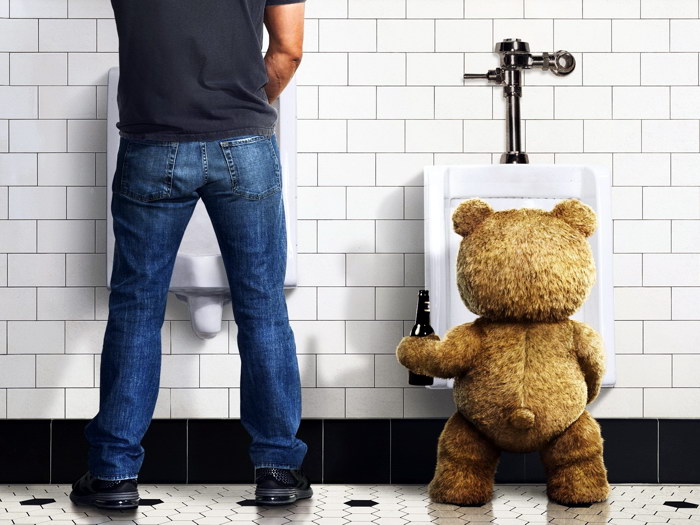 ”Ted” was a wild, wacky, offbeat film brought to you by the same twisted minds who gave us “Family Guy.” If you like heavy drinking, crude humor, and lovable but badly behaved bears, watch it. You’re in for a treat. The online slot is exactly as unique as you’d hope for it to be, with a Thunder Buddies bonus and plenty of laughs on the way. And then there’s Ted himself! The bear is asleep right in front of you as you play. If you manage to wake him, he’ll activate some cool additional features for you, but be warned this is no cuddly toy like the characters in Fluffy Favourites; this teddy bear is a bad boy with attitude! 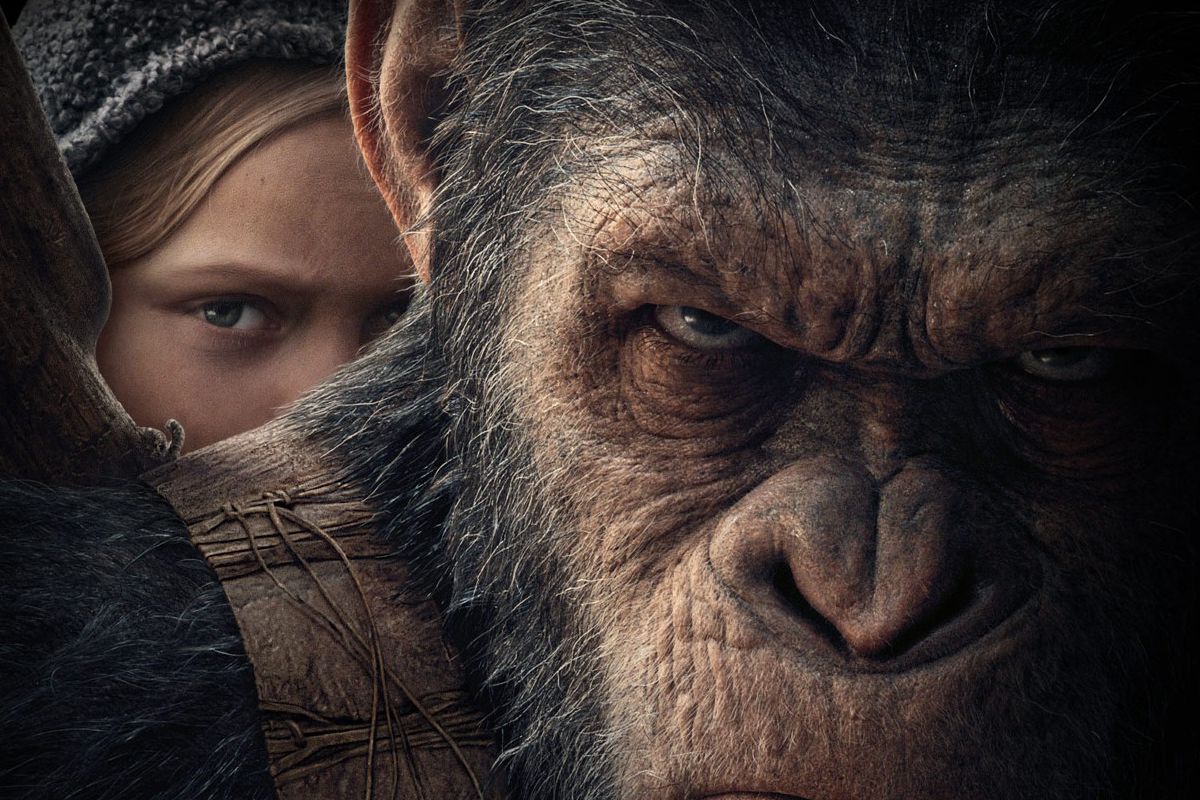 7. Planet Of The Apes

Now, this is an ambitious project. The makers of the “Planet of the Tapes” online slot must not have been able to decide whether to model their game on “Dawn of the Planet of the Apes” or “Rise of the Planet of the Apes,” so they’ve given us both at once. That means you’ve got a real beast of a tie-in, with two completely separate three row, five reel games happening side by side at the same time. Some features even impact both games at once. Two games mean plenty of chances to win, and there’s a great video intro to get you excited, too. 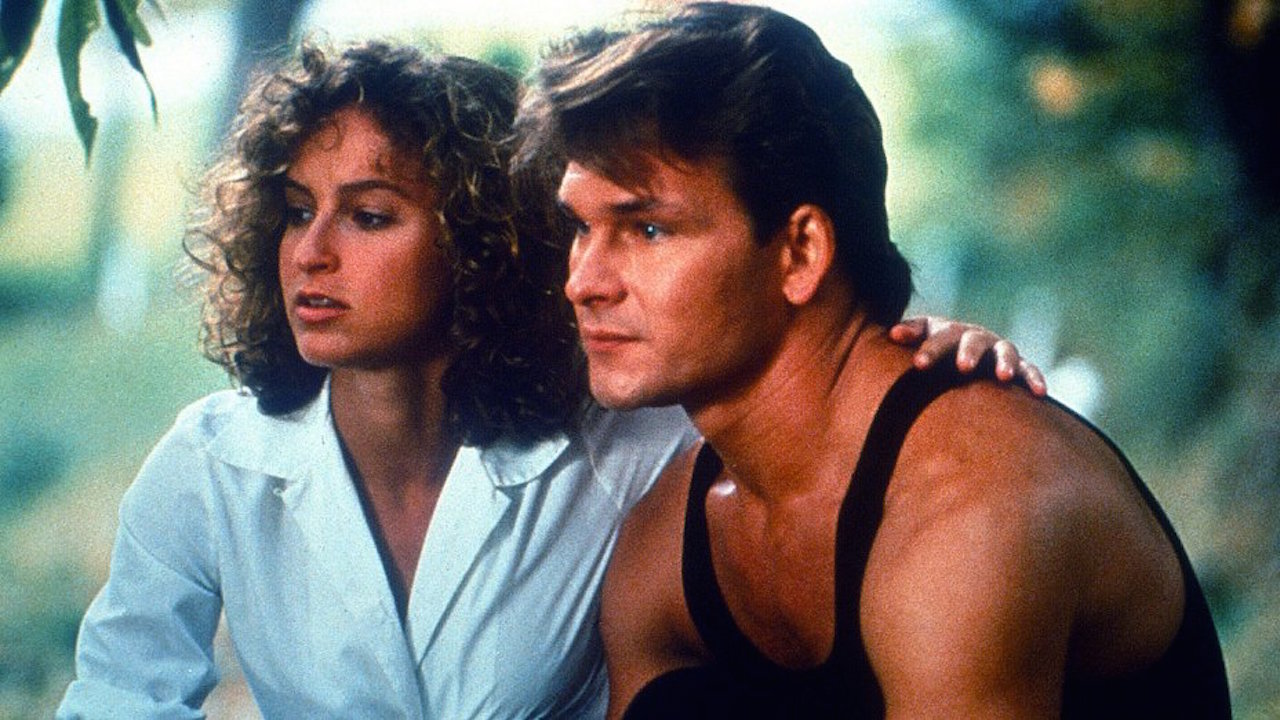 Put on your dancing shoes and get ready to roll with this brand new tie in to an 80s classic. There’s plenty of dance-themed action going on here, with a soundtrack that’s delightfully everything you’d want it to be. It’s an interactive video feature, with neat touches like the Dancing Wilds feature which sets Baby and Johnny off dancing across the reels. She’ll make plenty of appearances during the game, but always handle her with care. Remember: Nobody puts Baby in the corner!

There are great rewards in this game for anyone who’s brave enough to go looking for them! “Halloween” is a brilliantly atmospheric online slot, well worthy of the license, that will have you on edge the whole time you’re playing. The legendary soundtrack from the film pricks your nerves as it plays in the background, and if you keep your eyes peeled, Michael Myers prowls around the background, ready to pounce. Players who can keep their focus can potentially win prizes up to ten times their cash bet.

As long as technology continues to involve, movies continue to be made, and people still enjoy a gamble now and then, we can expect more great tie-ins to occur in the future. Keep an eye out for new releases, but until then, have fun with these. Remember – always gamble responsibly!