Door chains are a must have when it comes to home security. It’s basically a last line of defense to keep an intruder or someone unwelcome from barging into an unlocked door. In the US Senate Intelligence Committee, one senator metaphorically acted as that door chain to keep a potentially dangerous bill from passing in the Senate. He didn’t exactly stop the bill from passing, but his opposition might as well be a rallying cry to other privacy advocates to support further scrutiny of the Cybersecurity Information Sharing Act of 2014 before it passes into law.

The Cybersecurity Information Sharing Act of 2014 or CISA passed the Senate Intelligence Committee by a 14-1 vote. That one opposing vote belongs to Democrat Senator Ron Wyden. He refers to the CISA as another attempt by the government to put US citizens under surveillance in the name of national security. 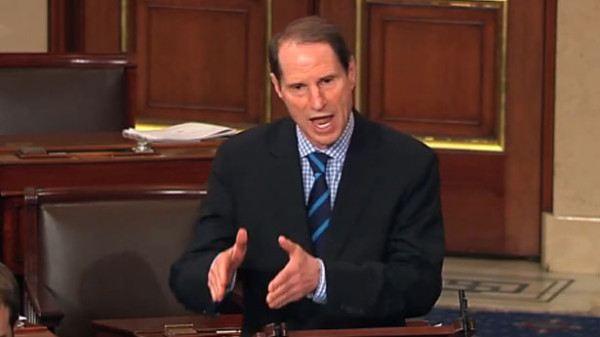 “This information sharing is only acceptable if there are strong protections for the privacy rights of law-abiding American citizens… If information-sharing legislation does not include adequate privacy protections, then that’s not a cybersecurity bill – it’s a surveillance bill by another name.”

The CISA is a bill designed to guarantee additional security against the recent wave of hacking incidents that targeted government agencies and private businesses. This bill will allow the sharing of internet traffic data related to hacking incidents between the government and affected private businesses and institutions. This will supposedly help the government in designing more safeguards by analyzing the breaches in order to prevent the same occurrence. Companies that share their data are entitled to expanded legal liability protection.

A similar bill called the CISPA or Cyber Intelligence Information Sharing and Protection Act was passed last year by the senate in a 12-3 vote but failed to gain traction with the administration because of much opposition by internet privacy and civil liberty advocates such as the American Civil Liberties Union, the Electronic Frontier Foundation and Free Press. This time, the CISA gained two additional points due to the recent wave of hacking incidents. 2014 was a field day for hackers connected to rogue states, criminal organizations and hacker groups. Over 1,500 worldwide data breaches have occurred in 2014 which is a fifty percent rise from 2013. Home Depot and Target lost over 120 million personal and credit card information to hackers. Sony Pictures became victim to a data breach from alleged North Korean hackers due to its portrayal of North Korea’s head of state Kim Jong Un in one of its films. Because of the breach, several upcoming films were illegally released in the internet. China and the United States also exchanged accusations of hacking into each other’s government agencies and contractors. It then became logical for the Senate Intelligence Committee to support any new bills designed to aid the government against cyber-security threats. 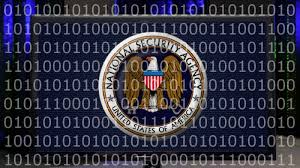 Except for Senator Wyden, the bill’s provisions seemed satisfactory enough for an almost unanimous approval. The administration is also inclined to quickly sign the bill into law. However, privacy and civil liberties advocates have always been wary of such legislations as such bills can have the potential to be abused by the government and give them the power to spy on its own citizens; instead of doing its job to prevent domestic and external cyber-security threats; especially since the Edward Snowden revelations.

The good senator Wyden believes that the provisions for privacy are unsatisfactory. That the bill, “…lacks adequate regulations for the privacy rights of American consumers, and… will have a limited impact on US cybersecurity.” His complete statement is posted on his website. However the committee has argued that any shortcomings with regards to privacy will be discussed and addressed with compromise amendments before the bill is passed.

Senator Wyden does have a point that should a bill have weak provisions in privacy protection, it could be used as an effective surveillance tool against the country’s own citizens. He opposed the bill despite the assurances of Senators Burr and Feinstein that privacy issues would be addressed. In his statement however, he didn’t point out the unsatisfactory weak points in the bill but remained skeptical of it, paranoid as some might suggest. The other side of the coin might suggest he might be onto something the committee is not and is only looking out for the country’s interest. His skepticism did stem from previous proposals including one where the FBI suggested the manufacture of weaker IT products with backdoors.

Whether Senator Wyden’s a smart politician, a crazy naysayer or simply a horn blower depends upon people who can actually read and understand the bill itself including its latest amendments as well as anyone following related news and arguments further on.

The United States is a country with strong foundations on civil liberties unlike China, Russia and North Korea. No one wants to be under surveillance even when they have nothing to hide; unless they’re participants of a reality show. But we all keep our secrets and many of us are guilty of an illegal download or two, a stash of Twinkies in the couch, or a clandestine trip to a gentlemen’s club charged to a credit card that we don’t want the partner to know about. Point is, what we do on or offline is none of the government’s business unless it’s illegal. It’s very understandable that the government needs such a bill like CISA as quickly as possible. In fact, the government needed a law passed yesterday. Still, it does need to be careful not to trample on certain rights otherwise, instead of becoming additional security, it will just be another intruder at the door.