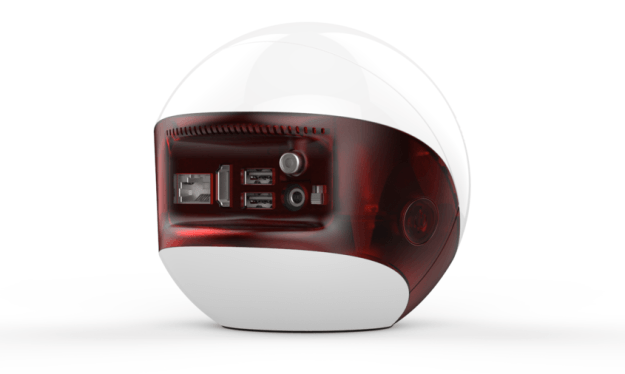 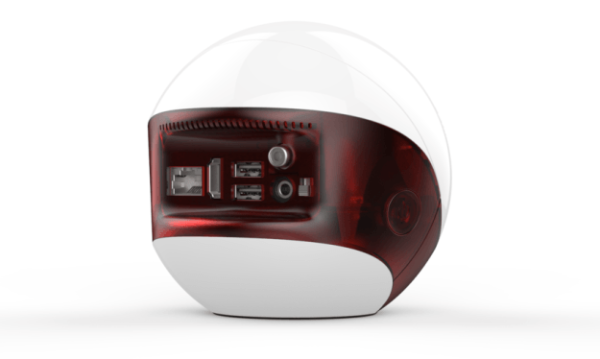 The era of mini-PCs is coming. Computers continue to get smaller, lighter and thinner and according to the stuff shown in CES 2016, we can expect more pint-sized PCs the size of Hershey bars at home, schools and at the office. It’s about time, really. Desktops used to be bulky beige boxes with equally large CRT monitors that take up lots of space in homes and student dorms. Laptops cost a fortune back then, and thirty years ago, portability meant carrying a 23-pound Osborne 1 with a screen smaller than a 7-inch tablet. Guess humans were healthier in the 70s and 80s.

Space is at a premium nowadays as offices, especially call centers cram their employees in smaller and smaller cubicles as much as their screens and desk phones will allow. Homes, even small ones can’t resist getting 40-inch or larger TV sets so where to put that old desktop computer amidst the wi-fi router and gaming console becomes a question. The answer is ditch the desktop, get a small PC, conserve energy and use that HDTV to really spread those spreadsheets and have an eye-popping gaming and movie streaming experience.

There are a lot of these small PCs going around nowadays, a trend made popular by the Raspberry Pi, a 35-dollar barebones computer the size of a small phone and as powerful as the average computer 10 years ago; in case you didn’t know. Several mini-PCs went on exhibit and were announced at the Consumer Electronics Show (CES 2016) in Nevada. Here are some of them:

The Intel Compute Stick – has been around since April 2015 and is steadily gaining popularity. The size of a chocolate bar, this Intel Atom-powered, 2GB RAM, 32GB storage PC is as portable as a full-blown Windows 8.1 PC can get. At the CES 2016 event, Intel announced compute sticks that use more powerful Skylake Core M processors and is poised to introduce the compute stick to the enterprise using Core m5, twice the RAM and no OS.

The Intel NUC (Next Unit of Computing) – is a desktop computer with a very small footprint. Again, it’s nothing new as it’s been around for years targeted at people who want to conserve desktop space and want added portability. Now Intel is amping up their next generation of NUCs to target gamers and the enterprise. This new generation called Skull Canyon will benefit from a new Skylake CPU, and their new Iris Pro integrated GPU and a Thunderbolt 3 port for external graphics or storage.

Endless Mini – is unique among the many low-cost tiny computers shown at CES not only in shape but in price and function. The Endless Mini from Endless Computers has an attractive spherical form factor which houses an AMLogic quad-core ARM Cortex A5, a 1.50GHz Mali-450 GPU, and either a 24GB solid-state drive and 1GB of RAM for 79 dollars or a 32GB SSD and 2GB of RAM for 99 dollars. Instead of Windows, the Endless Mini runs its own fork of Linux. Though it can easily connect to the internet via an Ethernet port, the device is meant for people of developing nations with no access to the internet. The device has 100 useful apps preloaded as well as most-accessed content from Wikipedia and Khan Academy for the benefit of those offline.

Zotac Mini PC – is a rustic-looking mini-PC, which distinguishes itself from everything else by having six DisplayPorts meaning that it can support up to six displays at the same time. The ZBOX MA761 also has three USB 3.0 ports, a gigabit Ethernet port an antenna connector for its integrated 802.11ac WiFi and a large copper heatsink to cool down its internals composed of an Intel Core i3 Skylake processor, AMD Radeon R9 M365X. It can be a serious multitasker’s dream unit or function as an appliance store TV demo unit.

Kangaroo – by Infocus is another pocket-sized PC with one big difference. It has its own battery component. The Kangaroo is powered by a 1.4GHz Intel Atom X5-Z8500 processor, 2GB DDR3 RAM and 32GB of SSD storage plus a Micro-SD slot. It also supports dual-band WiFi 802.11a/c and Bluetooth 4.0. The device even has a fingerprint reader, which is handy for login security as it’s preloaded with Windows 10. The battery can last up to 4 hours general usage and all for the price of 99 dollars.

Brix Mini-PC – is a direct competitor to Intel’s NUCs from Gigabyte. The Brix systems can also carry Skylake chips and can support up to core i7. The BRIX is a versatile system where users can stuff up to 32 GB or RAM, a standard plate hard drive or an SSD and sports several USB 3.0 type A ports though some models will come with type C. All models come with a DisplayPort, HDMI, Gigabit Ethernet port, Wi-Fi connectivity housed in an attractive aluminum case.

So unless you are a hardcore graphics, video editor or gamer, consider saving some desk space by switching to these tiny PCs. They’re so portable that you can take them to and from work. Not discounting gamers and other power users, in due time, their units will shrink too. Some of this lineup happens to be as powerful as those types of units ten years ago. In fact, I’m using a Windows 8.1 HP Stream 7 tablet as I write this. Big feat on a small PC.