Home Sports Football Aaron Hernandez tipster no help after all 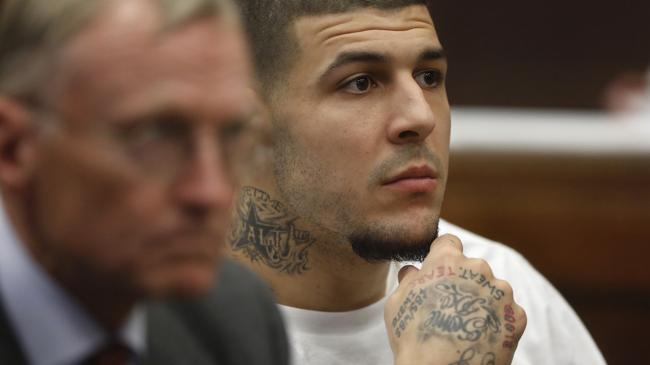 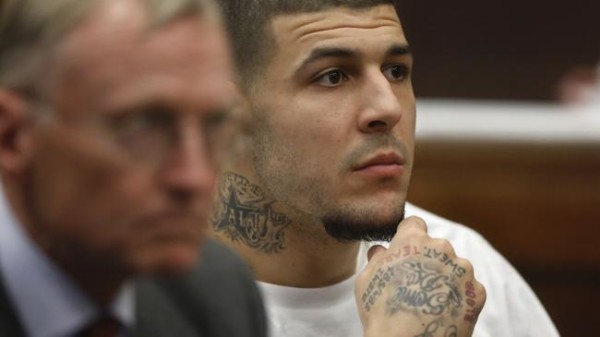 It looks like the anonymous tipster who really wanted to help our former New England Patriots tight end, Aaron Hernandez, wound up not being able to after all. The judge who oversaw the murder trial of former football star Aaron Hernandez has denied his lawyers from further questioning an anonymous tipster under oath who exchanged about 20 letters with the convicted murderer as he awaited trial.

The tipster, who has not been identified, raised concerns about one of the jurors who convicted Hernandez last year in the death of Odin Lloyd. Hernandez is awaiting trial on a separate murder case in Boston.

The tipster contacted Hernandez’ lawyer, James Sultan, the day after Hernandez was found guilty to tell him a juror was involved in a discussion about the Boston killings at a 2014 party, according to court documents. Mention of that case was barred at the Lloyd trial.

Superior Court Judge Susan Garsh on Friday denied a request by defense attorneys to further examine the tipster’s claims, saying the tipster testified in October that the juror was present at the party but hadn’t participated in the discussion.

The tipster was so motivated to help Hernandez after his conviction that she “said things to Sultan that were misleading and, in some cases, outright falsehoods,” Garsh said in her ruling.

Hernandez and the tipster began exchanging letters in June 2014 while the ex-NFL star was at the Bristol County House of Correction awaiting trial, according to the ruling. A fellow inmate, the tipster’s father, encouraged Hernandez to write to his 26-year-old daughter. Court documents said her father sold some of the letters, and the tipster destroyed the remaining letters to prevent her father from stealing them.

Hernandez and the woman also spoke several times on the phone, and she visited Hernandez in jail in Boston in November 2014. Hernandez told the woman that if “he gets out of jail and they were together, he wouldn’t want her ‘chilling’ with other men,” the ruling said. Hernandez also told her he believed he would “beat this case one hundred percent.”

Their communication ended in February, after the start of the trial. Hernandez has sent the tipster one letter since his conviction.

Hernandez, who grew up in Bristol, Connecticut, was convicted in April of the 2013 killing of Lloyd, who was dating the sister of Hernandez’ fiancee. He was sentenced to life in prison without the possibility of parole.

He is awaiting trial on murder charges in Boston, where he’s accused of gunning down two men outside a nightclub in 2012. He has pleaded not guilty in that case. No trial date has been set.

People have been confused who have visited Hernandez’s old Twitter account to see that’s it suddenly active on a daily basis. It was decommissioned and then suddenly picked up by someone who’s using for their own fun. Hernandez seems to be pulling a lot of stunts while in prison, but tweeting regularly isn’t one of them.