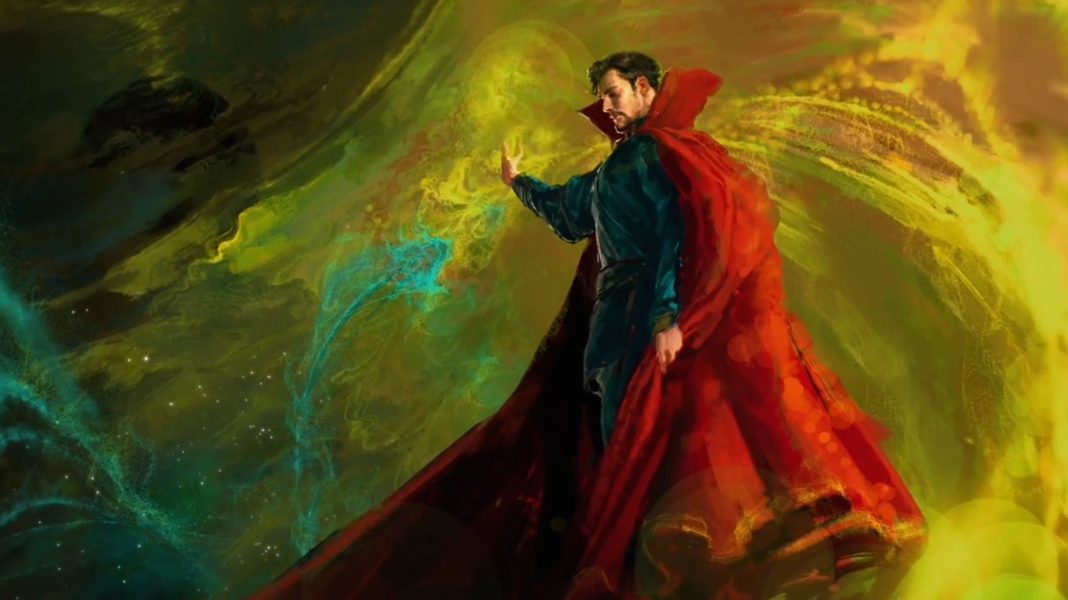 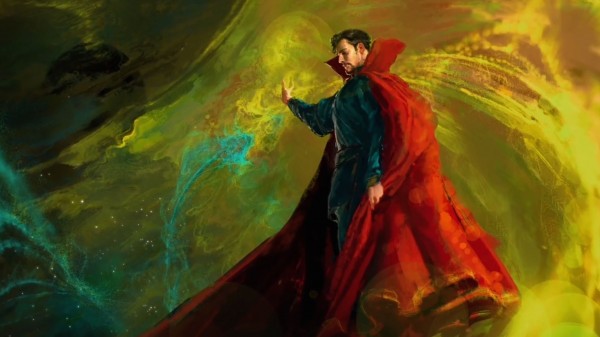 What is the Darkforce? Earlier we discussed other potential heroes that could be brought into the Marvel Cinematic Universe via TV or movies. Included in those heroes are Cloak and Dagger. Cloak and Dagger are teenage street-level heroes that would most fit in as a Netflix series as they also inhabit New York’s Hell’s Kitchen neighborhood where Daredevil resides. The church in Daredevil’s opening sequence could very well be the same church used by the teenage vigilantes as their headquarters. More important is that the couple’s powers are tied to the mysterious energy and dimension known as the Darkforce.

It has already been tackled in the Marvel Cinematic Universe on television through the Season 1 episode of Agents of SHIELD titled “The Only Light in the Darkness” and currently in Agent Carter Season 2. The Darkforce may show up as well in the upcoming Doctor Strange movie. In Cloak and Dagger, the Darkforce dimension is the empty space within Cloak. Cloak serves as a gateway into this dimension, and the young couple can also travel within it. Cloak’s power is to absorb the ‘living light’ or life force of his enemies when he envelops them in the darkness within his cloak. Inside, the foe is also subjected to their worst fears. When cloak is finished, the person is left in a weakened quivering state. Dagger can enter Cloak can collapse within himself and teleport them both wherever they choose. Dagger’s light power shields her and whoever she chooses from the effects of the Darkforce dimension.

What’s significant at present is that the Darkforce is the main subject of the current Season of Agent Carter. Spoiler Alert! Continue reading at your own risk if you’re a fan of Captain America’s love interest. In comics, toying with massive amounts of energy such as that resulting from a nuclear explosion can produce some unpredictable results. In Agent Carter, a nuclear test results in a dimensional tear revealing a dark dimension where part of it in the form of a gooey substance escapes into our dimension. At first, this author thought it was the first appearance of Gravitonium that was featured in Agents of SHIELD when it was shown at the end of Agent Carter Season 2 Episode 1. In Peggy’s era, the substance is dubbed Zero Matter where it infects or possesses Peggy’s would-be antagonist. What is it with Marvel TV shows and black gooey stuff? Gravitoniium, the Kree Monolith and now Zero Matter.

In the MCU, the Darkforce can manifest itself through various effects. In Agents of SHIELD, the person who wields it can absorb energy whether it’s light or electricity and like Cloak, a person’s life force. The Darkforce can also be used to project dark force blasts. In the case of Agent Carter so far, the Darkforce can be used by the wielder to absorb people into themselves or trap someone between dimensions. In Agent Carter, a rumor of a different incarnation of Madame Masque would be the main antagonist and as mentioned she’s possessed by the Darkforce.

So how does all this relate to the upcoming Doctor Strange movie? The Darkforce is a form of energy and at the same time a different dimension where creatures that feed on light reside. It is one of the many dimensions that Doctor Strange travels through in his many adventures. It should not be confused with the Dark Dimension which Strange’s rumored arch nemesis, the Dread Dormammu calls home. In the comics, the Darkforce Dimension meanwhile is home to the demon Darkling and the Fear Lord D’Spayre which explains Cloak’s power to terrify the enemies he wraps up. D’Spayre is also one of Doctor Strange’s many enemies. The Dark Dimension also borders the Dream Realm which is home to the Fear Lord Nightmare, another common enemy of the Sorcerer Supreme.

To simplify things in the Doctor Strange movie for non-comic readers, Marvel Studios can amalgamate the Darkforce Dimension and the Dark Dimension and have Dormammu rule itinstead of D’Spayre, the same way they plan to amalgamate several of Dr. Strange sorcerer foes into Baron Mordo, who will be played by Chiwetel Ejiofor. This will solidify the connection of Doctor Strange to Agent Carter and Agents of SHIELD as well as any future Marvel title that will make use of the Darkforce.

So after Captain America: Civil War, Marvel Studios should have an interesting Phase 3 through Doctor Strange. Also, regarding Netflix’s Defenders project, Doctor Strange should be involved in the group’s formation as it was in the comics. It should be exciting to see Daredevil, Luke Cage, Jessica Jones and Iron Fist brought together by the Sorcerer Supreme. If not, the Defenders might as well be titled Heroes for Hire. Benedict Cumberbatch appearance on a Defenders series or movie is likely as he is no stranger to TV. Later, in the Infinity War, the Darkforce dimension could make an appearance as the dimension our heroes will travel through to get to Thanos.

After the Defenders and the Doctor Strange movie, this author is still keeping fingers crossed to seeing more mainstream Darkforce users like Cloak and Dagger.