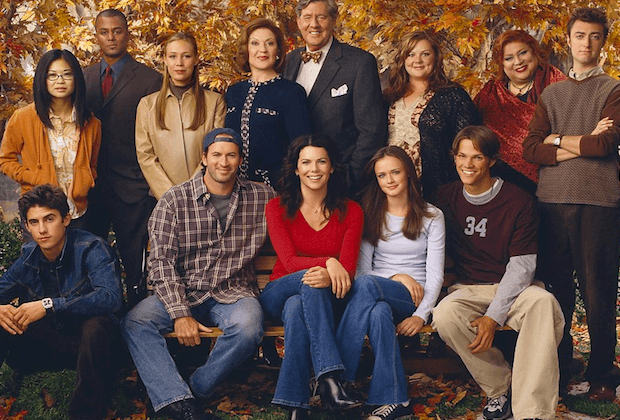 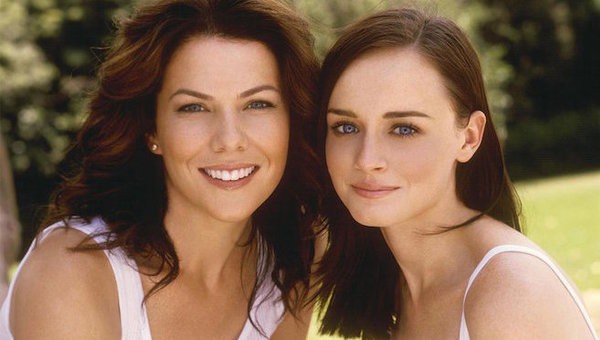 As we recently reported, Netflix has now confirmed that they are reviving the hit series Gilmore Girls. After it’s seventh season back in 2006-2007 Gilmore Girls ended, leaving a huge fan base longing for more from the community of Stars Hollow.

The original show focused on the relationship between mother-daughter Lorelai (played by Lauren Graham) and Rory (played by Alexis Bledel) Gilmore. As a single mother, Lorelai took a very liberal approach to parenting – which contrasted Rory’s, more serious and mature demeanor. Throughout the seven seasons the two ladies faced plenty of drama when it came to their extended family, friends and various love interests. However, they (almost) always seemed to be able to rely on each other when facing hard times.

While the show didn’t necessarily have any over-the-top, never seen before story lines, it was well received by both viewers and critics. Show creator Amy Sherman-Palladino was frequently praised for her clever, pop-culture infused dialogue. Gilmore Girls eventually even found a spot on Time magazine’s “All-time 100 TV Shows). Unfortunately, the show’s final season was not so well received – which makes it a perfect candidate for a Netflix reboot, as many fans were left unsatisfied with the previous series finale.

Amy Sherman-Palladino will be back, along with her husband Dan, to drive the production of the 4-episode revival. It has also been revealed that both Lauren and Alexis will be returning to reprise their starring roles as Lorelai and Rory. In addition, several of the most well-known members of the Stars Hollow community will also be back, including Kirk (Sean Gunn), Lane (Keiko Agena), Paris (Liza Weil), and fan favorite Luke (Scott Patterson).

One return sure to make fans happy is the scholarly spunky Paris Geller (Liza Weil) is also returning to the revival. Earlier in the week, Gilmore grande dame Kelly Bishop told me that series creator Amy Sherman-Palladino had written Paris into the revival scripts. However, at the time, Weil — who’s currently a series regular on ABC’s How to Get Away With Murder— had not officially closed a deal to return.

First day back at the Inn with my old boss. Fun times! #GilmoreGirlsRevival #WarnerBros pic.twitter.com/sxprUKdLyk

Others returning are Matt Czuchry (Logan), Yanic Truesdal, Kelly Bishop (Emily) and Alexis Bledel (Rory). Unlike Full House (the Olsen Twins), cast members seem eager to return to the show that launched them. Here’s the first onset photo of the returning cast. Melissa McCarthy (Sookie) is still open, and since her show has ended, it’s hard to tell what she’ll decide. With all of her movies, it might not be possible for her. Even though it’s been said an invitation was sent for her to join back in the fun, McCarthy said that hers was lost in the mail…e-mail universe perhaps? 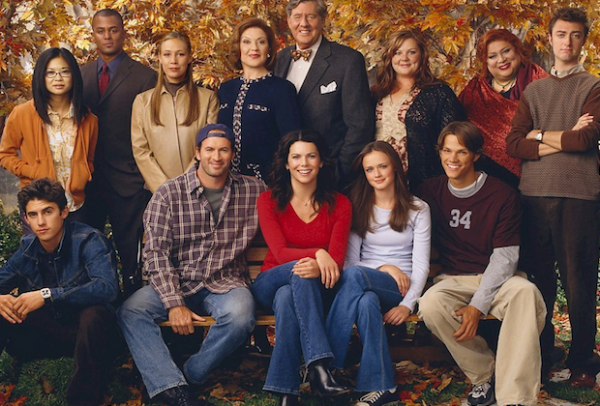 Although the reboot is still, in the beginning, stages of production, there have been some details uncovered about Amy’s planned direction for the 4 episodes (which will each by 90 minutes). Reportedly the show will take place 8 years after we last saw the characters in season 7 (i.e. pretty much going by the actual time that has passed). In addition, Amy is planning to have each of the episodes tied to a season (i.e. Spring, Summer, Fall, and Winter), thus implying that there will be a lot of ground covered in the 4-part reboot.

Unfortunately, actor Edward Herrman, who played Lorelai’s father Richard, passed away at the end of 2014 and subsequently will not be joining his former cast mates. However, sources claim that Amy does plan to address his absence within the show.

The reboot is apparently going to be focusing on the drastically different lives that the characters are leading. While the crew is trying to get some of Rory’s former love interests to return, such as Dean (Jared Padalecki), Jess (Milo Ventimiglia) and Logan (Matt Czuchry), Amy has not revealed whether Rory has reignited a romance with any of them – although she did confirm that Rory is still dating and not married.

While many of the stars went on to do various notable projects in both film and TV, one of the biggest success stories following the finale of Gilmore Girls was of actress Melissa McCarthy. Since playing the role of Lorelai’s best friend Suki, Melissa has been involved in an abundance of projects, including Bridesmaids, Ghost Busters, Mike and Molly and Spy. Surprisingly and to many fans’ dismay, it doesn’t look like Suki will be appearing in the reboot. Amy recently explained, “Planning around [Melissa’s] crazy pants schedule and her movies and her this and her that and Ghostbusters…I would just be sobbing in a corner for six months. That would be my whole life. But if her people called me up and said she’s free on these particular days or would love to drop by and just be in one scene, we would put her right in.” However, after Amy released this statement, Melissa claimed that she has not yet even been asked to return to the Netflix-facilitated series reboot.

The show is already generating lots of buzz and plenty of people are counting on the revival to make up for the series’ original, not-so-favored ending. Even Warner Brothers Television, which was the show’s original home, President and Chief Content Officer Peter Roth admitted, “Amy is now able to finish, appropriately, properly and I think with great satisfaction, the show the way it should conclude.”

Furthermore, Netflix has yet to reveal the release date for the Gilmore Girls reboot, but they did say that it would be sometime in 2016. 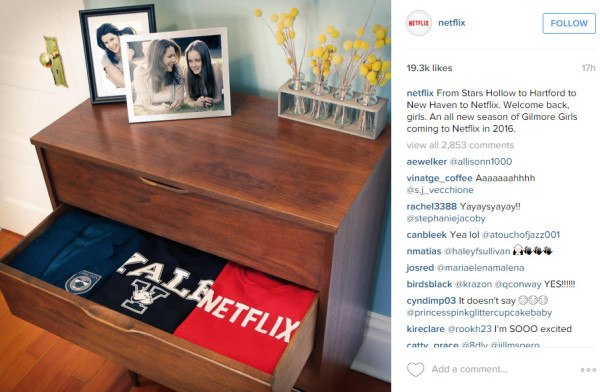 So, here’s everything broken down quickly on what to expect with the upcoming Gilmore Girls:

— The series, set eight years from the Season 7 finale, will take place over 4 episodesthat will be 90 minutes each, and will be tied to the seasons: Winter, Summer, Spring, and Fall. Palladino says she would prefer they not all be released in a single day, but she hasn’t talked to Netflix about the release schedule yet.

— The death of Edward Herrmann (Richard Gilmore) has definitely been weighing on the cast and creators, and the show will definitely be addressing it.

— Even though Palladino was not involved in the show’s 7th season, she won’t pretend it didn’t happen. The revival will take place at a new turning point in the lives of the women, but the past will not be forgotten.

— The production is working on bringing back several of Rory’s key love interests, like Jared Padalecki’s Dean, Milo Ventimiglia’s Jess, and Matt Czuchry’s Logan, depending on their availability. Palladino notes that in the revival Rory is currently dating, “as anyone with that face would,” though not married.

— But the cast member fans really want to know about is Melissa McCarthy as Sookie St. James. Palladino said, “Planning around her crazy pants schedule and her movies and her this and her that and Ghostbusters… I would just be sobbing in a corner for six months. That would be my whole life. But if her people called me up and said she’s free on these particular days or would love to drop by and just be in one scene, we would put her right in.” (For her part, McCarthy says she hasn’t yet been asked).

— Just because the show is on Netflix doesn’t mean fans should expect the F word to suddenly appear. Palladino explained that the characters talk the way they talk, and that’s not going to suddenly change.

— Kelly Bishop teased some fun things for Paris (Liza Weil), saying “These scripts are good. They’re really good. And bringing back all of those characters is so delicious. Paris is a hoot. It’s unbelievable what Amy has written for Paris. People are going to have so much fun with it.”

— Bishop also spoke about how much the show means to her: “I would dry up and blow away like a leaf. This show is so deeply important to me, on so many levels.”

— The series will now end with a “final 4 words” that Lauren Graham said will be repeated, and therefore an exchange. Although what they are and who they are between remains a secret (probably between Rory and Lorelai, of course, but let the speculation begin!)

— Finally, fans should expect to get the closure from the revival they want and deserve. Warner Bros. Television President and Chief Content Officer Peter Roth said, “Amy is now able to finish, appropriately, properly and I think with great satisfaction, the show the way it should conclude.”