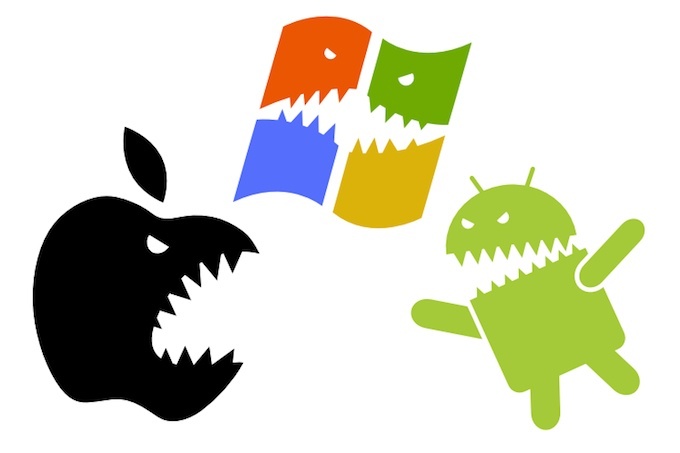 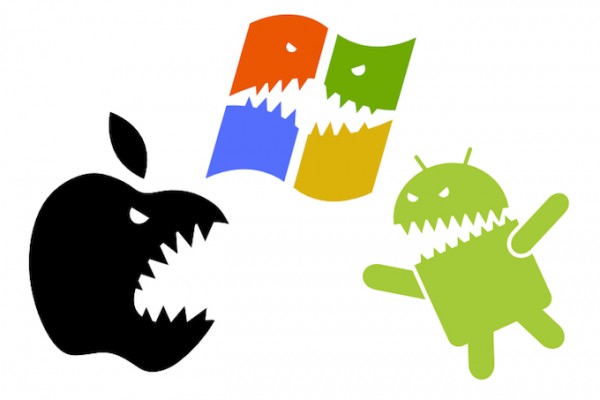 It’s Microsoft’s turn to lead the pack again. If you would remember back when Microsoft introduced Windows 8, they also introduced a new PC form factor in the form of the Surface Pro and the Surface RT. Tablets that can run traditional Windows software and even an all-new ARM-based operating system. Windows 8 was the operating system that would bring together the world of touch-centric consumerism and traditional desktop business worlds in one package. In order to show the world it can be done and how it should be done, Microsoft entered the hardware business and came up with the Surface tablets, Surface RT and Surface Pro.

Everyone wondered why Microsoft decided to abruptly enter the hardware business in danger of alienating its already edgy OEM partners. Basically, Microsoft didn’t want another Vista fiasco. Microsoft released a nagging resource hog which was then released by OEMs in underpowered computers. But this time, Windows 8 was resource friendly, able to run on old PCs that could smoothly handle Windows XP. Also, Microsoft wanted to make sure that Windows 8 was used properly. That their dream of bringing together business and consumerism was possible. It was a tough battle with Androids and Apples. Sadly, though it was a genuine attempt at a new platform, the Windows RT operating system and Surface RT tablets didn’t make it. Windows 8.1 on later versions of the Surface Pro are going strong and appreciation for the Surface form factor just improved with Windows 10 (though some 8.1 users, including this one may argue).

Microsoft can always afford to stop hardware production, after all, it’s first and foremost a software company. But their main goal is to expand or maintain the Windows platform. To do that, they had to teach everyone how to use Windows 8 and above by releasing hardware of their own, the Surface. Fortunately, OEM’s had no real choice but to follow and use Windows 8 in new PCs. They came up with their own hybrid form factors so that their Windows-based PC lines would continue to sell. Major brands such as ASUS, Acer, Lenovo, Toshiba, HP and Dell now have their own hybrids with various levels of acceptance. And with Microsoft’s own Surface line getting good reviews, they’re not going to stop now. Windows 8 and its successors are after all, better off used as they were designed, with touch. Users without touch units, and that’s a lot of them, have a valid point maligning Windows 8 and 8.1. Windows 10 struck up a compromise and is making inroads on whatever form factor. Ultimately, for the enterprise, Microsoft’s teach by example approach paid off.

Paid off better than expected because some vendors have followed their example to a tee, while others, not as much. The world seems to have gone back to the days of beige boxes where all computers look the same. Lenovo’s Miix 700 can easily be mistaken for a Surface Pro 3 tablet right down to having a kickstand and touch keyboard cover. Lawsuits aren’t flying around which either means that the China-based company wouldn’t be bothered with a lawsuit or that Microsoft has done its job and taught everyone else. Microsoft could be patting Lenovo’s back as we speak. Another example of flattery to Microsoft is the upcoming Dell XPS 12 which also looks like the Surface Pro and is rumored for release soon after the Surface Pro 4. Last January, some ex-Google engineers also came up with a Surface clone that also comes with a kickstand and magnetic keyboard except that it runs the Metro-like Android-based Remix OS. Apparently Microsoft’s general idea was correct. ASUS’ Transformer and Acer’s Switch lines have the same idea and have some good reviews. Apple, has also adopted the idea of a tablet within the enterprise by coming up with the iPad Pro, an iPad with a large screen, a companion keyboard and a stylus (Apple Pencil). However, Apple’s adherence to the iOS platform severely hinders the device unless Apple’s idea of enterprise are art studios. But Microsoft still stuck its head out for them when it demonstrated MS Office for the iPad Pro.

Microsoft has achieved its goal. It remains a leader in the enterprise and is once again shaping the market. As mentioned, Microsoft can pull out of the tablet race anytime as long as it continues to sell Windows 8.1, Windows 10, its touch-enabled apps and Microsoft Office through its idea of the correct hybrid form factor, the Surface Pro. But pulling out doesn’t seem likely as they’re introducing new products this October as well as making resellers out of HP and Dell. And, with the Surface Pro and its clones gradually gaining popularity in the enterprise, and soon to Windows-familiar consumers, it appears that Microsoft has finally struck back against the Apple and Google-led consumer rebellion.