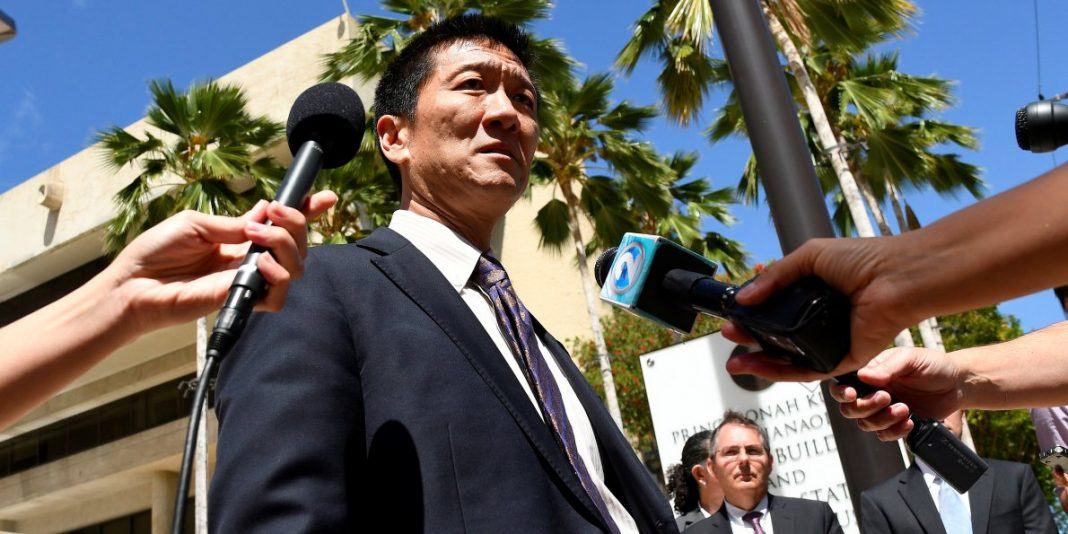 The spotlight is once again on Donald Trump‘s controversial travel ban that has had trouble getting through the courts, and the state of Hawaii is urging the U.S. Supreme Court not to grant the administration’s emergency request to revive it.

Lawyers for Hawaii told the Supreme Court Monday that letting the Trump administration enforce a ban on travel from six mostly Muslim countries would “thrust the country back into the chaos and confusion” that resulted when the policy was first announced in January.

The state urged the justices to deny an administration plea to reinstate the policy after lower courts blocked it. The high court is considering the administration’s request and could act before the justices wind up their work at the end of June.

The state says the policy is unconstitutional because it shows anti-Muslim bias. Hawaii points to comments President Donald Trump made last week on Twitter to underscore its argument that the policy is a “thinly veiled Muslim ban.”

Immigration officials would have 90 days to decide what changes are necessary before people from Iran, Libya, Somalia, Sudan, Syria and Yemen may resume applying for visas. The U.S. refugee program would be halted for 120 days.

It would take a majority of the court, at least five justices, to put the policy into effect.

The 4th U.S. Circuit Court of Appeals called the national security concerns an after-the-fact justification for a policy that was “rooted in religious animus and intended to bar Muslims from this country.”

In a ruling later Monday, the 9th U.S. Circuit Court of Appeals also faulted the travel ban and upheld a judge’s ruling that blocked the temporary ban on refugees as well.

Trump signed his first executive order on travel a week after he took office in January. It applied to travelers from the six countries as well as Iraq and took effect immediately, leading to commotion at U.S. airports as the Homeland Security Department scrambled to figure out who the order covered and how it was to be implemented.

A federal judge blocked it eight days later, an order that was upheld by a 9th Circuit panel. Rather than pursue an appeal, the administration said it would revise the policy.

In March, Trump issued a narrower order, but federal courts that have examined it so far have blocked it as well.

On Twitter last week, Trump said the “courts are slow and political, ” and he said the government already is “EXTREME VETTING people coming into the U.S.”

Hawaii’s lawyers said Trump had provided evidence that his administration already was doing the work that it said required a halt in travel to accomplish.

“Thus, by the Government’s own account, the need for the travel and refugee bans has passed,” they wrote.

The administration has argued to the court that the judge in Hawaii has limited what it can do to assess screening procedures.