DC Comics proved that a heavily marketed film with a large dedicated fanbase can overcome bad reviews this weekend with their “Suicide Squad.” The supervillain packed film paid no attention to the scathing reviews and opened with an estimated $135.1 million in North American ticket sales, scoring one of the year’s biggest box-office debuts.

Pressure had risen on the performance of the Warner Bros. film, directed by David Ayer, following the studio’s previous poorly received DC Comics film, “Batman v Superman: Dawn of Justice.” But “Suicide Squad” proved a massive draw despite its much-derided lead-in. It set a record for an August opening, easily besting Marvel‘s 2014 hit “Guardians of the Galaxy.”

Though the Warner Bros.-DC Comics alliance was again battered by bad reviews, “Suicide Squad” delivered at the box office.

Where is “Suicide Squad” Being Played Most Today? | PrettyFamous

“We learn as we go,” said Jeff Goldstein, head of distribution for Warner Bros. “We’ve fine-tuned our strategy in terms of who’s in charge and how we’re approaching all our DC films. We’re modifying it in an exciting way to make all the subsequent films as great as possible.”

Not everything was roses for “Suicide Squad,” though, despite dominating the weekend. (The other new wide release, the feline animated release “Nine Lives,” debuted in sixth with a mere $6.5 million.) After fans had flocked to theaters on Thursday night and Friday, audiences dropped steeply on Saturday. That could forecast further sharp declines in coming weeks for the $175 million film, which also came with a massive marketing budget.

That was the trajectory for “Batman v Superman,” which bowed with $166 million in March but didn’t make that much in its entire remaining run in North American theaters. “Suicide Squad,” the last tentpole of the summer, won’t have much competition in the coming weeks, but it will need better word of mouth than “Batman v Superman” to keep luring audiences.

“Suicide Squad,” starring Margot Robbie, Will Smith and Jared Leto, went into reshoots after the disappointment of “Batman v Superman,” and its marketing got a more comic, punk vibe that clicked with fans. But the film was derided as a mess by critics and others questioned the movie’s PG-13 rating considering its high degree of violence.

“The elephant in the room is that the reviews were harsh,” said Goldstein. “Clearly, there’s a disconnect between audiences and critics.”

But in franchise building, leaving fans thirsting for more is nearly as important as box office. In that regard, the jury remains out on “Suicide Squad.” The coming weeks will show if crowds still materialize or quickly dissipate as they did for “Batman v Superman.” The film also opened with $132 million internationally where it will likely go without a release in China, the world’s second-largest movie market.

Warner Bros., with years of DC films in the works, has a lot riding on its comic movie rival to Marvel. Next up is Patty Jenkins’ “Wonder Woman” in June.

“You can’t put reviews in the bank. You can put money in the bank,” said Paul Dergarabedian, senior media analyst for comScore. “The long-term success of any movie is predicated on positive sentiment from the fans. For any movie, that’s the most important aspect.”

Warners could on Sunday celebrate crossing $1 billion in 2016 domestic revenue, a mark it has achieved 16 years straight. The “Suicide Squad” debut also gave Smith, long one of the movies’ top draws, the biggest opening of his career. (Second is 2007’s “I Am Legend” with $77.2 million.) 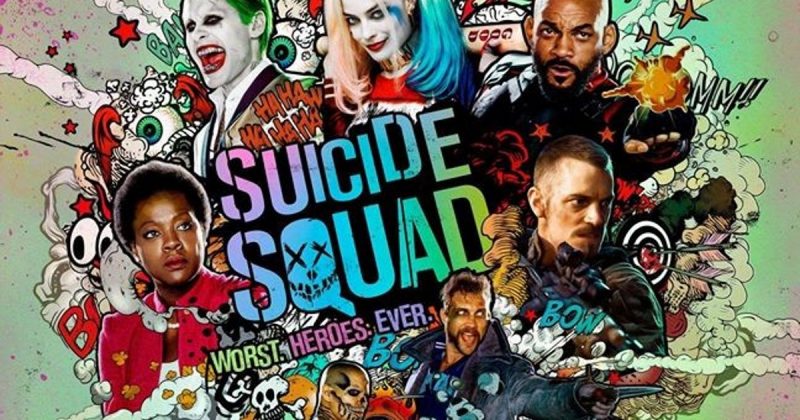