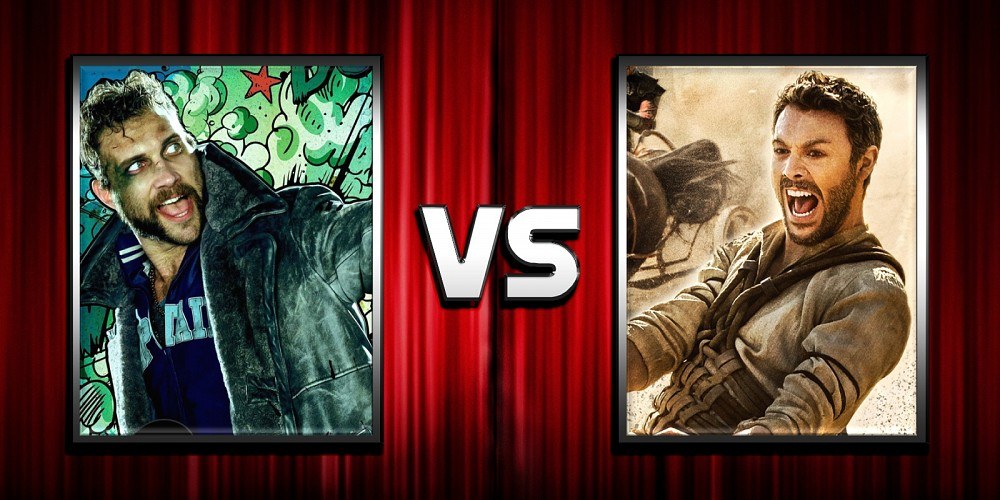 It was no surprise that the unnecessary huge scale remake of “Ben-Hur” landed with a major thud, but the other critically slammed movie “Suicide Squad” stayed at the top of the box office charts for a third week.

This just proves that the studios don’t know what audiences want as they continue pumping out huge tent poles that pose quite a bit of risk. “Ben-Hur” was yet another casualty in a tough summer for Hollywood.

With more Bittorrent sites being shut down, it’s going to be harder for Hollywood to claim losses due to piracy and face up to the fact that people aren’t interested.

The Paramount Pictures release, which cost about $100 million to make, debuted with just $11.4 million, according to studio estimates Sunday. That makes it one of the season’s more pricey flops, albeit one that never had anything like the ambition of 1959’s Charlton Heston epic.

Instead, Warner Bros.’s much-maligned DC Comics supervillain team-up film “Suicide Squad” held the top spot for the third straight week with an estimated $20.7 million over its third weekend. It has now made $262.3 million domestically (fourth best for the summer) despite steep declines and poor reaction from critics and fans alike.

Seth Rogen‘s foul-mouthed food animated comedy “Sausage Party” continued to do well for Sony Pictures. In its second weekend, it took in $15.3 million, good enough for second place, and bringing its two-week total to $65.3 million.

Two offbeat debuts slid in behind “Suicide Squad” and “Sausage Party”: the Iraq War comedy “War Dogs,” with Miles Teller and Jonah Hill; and the stop-motion animated “Kubo and the Two Strings” from Focus Features and Laika Entertainment.

“War Dogs,” the first movie after “The Hangover” trilogy for director Todd Phillips, was lambasted by critics, but it sold a decent $14.3 million in ticket sales.

“Kubo and the Two Strings,” an acclaimed fantasy about a boy in ancient Japan, debuted with $12.6 million, the weakest opening of any film from Laika, the Oregon-based animation studio behind “Coraline,” ParaNorman” and “The Boxtrolls.” ”Kubo and the Two Strings” was fashioned as Laika’s most ambitious film yet, with the company’s chief executive, Travis Knight, making his directorial debut.

But after the fifth place opening of “Ben-Hur,” the second coming of the sword-and-sandal movie appears to be attracting dwindling flocks of moviegoers.

A coproduction between MGM and Paramount, “Ben-Hur” is the third adaption of Lee Wallace’s novel, “Ben-Hur: A Tale of the Christ.” With producers Mark Burnett and Roma Downey (“The Bible” miniseries), the film courted Christian moviegoers. But it was unable to turn them out as successfully as Paramount did for “Noah” (which debuted with $43.7 million in 2014) or even Fox’s less popular “Exodus: Gods and Kings” (a $24.1 million opening in 2014).

Still, fueled by “Suicide Squad” and “Sausage Party,” the box office was up more than 22 percent over the same weekend last year, according to comScore. Despite the ups and downs of individual films, the box office overall is enjoying a potentially record August – usually a sleepy month of summer stragglers.

The Los Angeles Times’ Kenneth Turan dismissed the latest “Ben-Hur” as a “dull and lethargic piece of work” that had little reason to exist. The Hollywood Reporter’s Todd McCarthy asked simply, “what were they thinking?” And those were some of the nicer ones. It all amounted to a wretched 29% “rotten” rating on critics aggregator Rotten Tomatoes and a measly 37% on Metacritic.

Movies like this need good reviews to convert the curious into consumers — these kind of notices rang alarm bells, instead of serving as invitations.

Some may say that critics hated “Suicide Squad,” but DC knew to tap into the hardcore fanbase with some smart savvy marketing to overcome all those negatives.

“Ben-Hur” is your grandparent’s epic. It’s a throwback to a time when “The Robe,” “The Ten Commandments” and other stories from the Bible were the hottest things on movie screens. A simpler time, before Vietnam and Watergate, iPhones and eReaders, Zika and #Lochtegate.

Still, marketing materials for the time scrambled valiantly to find the aspects of the story that wouldn’t just thrill geriatrics. Television spots tried to play up “Ben-Hur’s” chariot races, boat crashes and battling armies. But warring legions and gladiatorial combat can’t match the comic-book movies and special-effects spectacles that appeal to younger moviegoers. It’s just not a movie that plays in the Instagram age. Indeed, “Ben-Hur” had a negligible presence on social media services such as Facebook and Twitter, evidence that it could not boil down its pitch in a way that translated into likes and retweets.

The toga genre has reached its expiration date. It’s been 16 years since “Gladiator” stormed movie theaters, racking up $457.6 million globally and nabbing a best picture Oscar. At the time it seemed as though Maximus and company might trigger renewed interest in the costume epic, but attempts to recreate the magic of the Colosseum have failed to connect with audiences.

“It’s sort of like the Western,” said Paul Dergarabedian, senior media analyst at comScore. “It has its fans, but it’s just too small a group of fans.”

“Kingdom of Heaven,” “Exodus: Gods & Kings,” “Gods of Egypt,” “Noah,” “Seventh Son” and “The Immortals” are just a few of the historical action flicks or costumed fare that have landed with a thud or struggled to turn a profit. There have been a few hits, to be sure. Yet the likes of “300” or “Clash of the Titans” aren’t successful enough to paper over all that red ink. Plus, recreating the Ancient World doesn’t come cheap. Missing the mark can result in a big write-down.

“Ben-Hur” made a concerted effort to attract religious moviegoers, hosting tastemaker screenings for faith-based leaders and crafting commercials that talked up the film’s connection to Biblical teachings. Paramount and Metro-Goldwyn-Mayer also leaned heavily on producers Mark Burnett and Roma Downey, the team behind “Son of God” and “The Bible,” to make the case to the EWTN set.

In some respects, their efforts paid off. “Ben-Hur” performed better in the South and Southwest than in the Northeast and the West Coast, where communities are less church-oriented.

“They made this very expensive movie for a very small audience,” said a rival studio executive. “They were banking too heavily on that faith-based audience. It was a big miss.”

Other analysts believe that “Ben-Hur” relied too heavily on out-dated forms of outreach. In 2004, “The Passion of the Christ” established a template for marketing to values audiences by earning the buy-in of mega-pastors. In the ensuing decade, however, that kind of endorsement may not be enough.

“Today’s values customer — one in every three moviegoers in the U.S. — is younger and more digitally savvy than the general audience,” said Matthew Faraci, president of Inspire Buzz, an agency that specializes in marketing to values-based consumers. “As such, they expect highly targeted, authentic marketing that speaks to who they are and what they care about.”

But “Ben-Hur’s” problems went beyond that. The film also had difficulty appealing to secular audiences. It hoped that the action scenes would be so propulsive that the film could attract the devout, the indifferent and the atheistic. Alas, it was not to be.

“Their first campaign was not that Christian-based,” said Jeff Bock, a box-office analyst with Exhibitor Relations. “Then in the last few weeks they went full bore after that group. But when you pull that Evangelical card, you turn off a lot of the audience.”

After a summer where franchises and reboots have suffered diminishing returns, audiences in recent weeks have been embracing anything that seems new and original. To be sure, that doesn’t leave a lot of options. But “Suicide Squad,” based on a lesser-known comic book; “Sausage Party,” a raunchy parody of children’s movies; and “The Secret Life of Pets,” a warm-hearted salute to furry companions, have all succeeded because they are a breath of fresh air in an atmosphere that is sequelfied to the point of stultification.

In contrast, “Independence Day: Resurgence,” “Star Trek Beyond,” “Jason Bourne,” “Teenage Mutant Ninja Turtles: Out of the Shadows” and “Ghostbusters” are just a few of the recent follow-ups and re-imaginings that have failed to keep pace with their predecessors or spun out completely.

“The bar is just much higher now for consumers in terms of supporting sequels or remakes,” said Rob Moore, Paramount’s vice chairman. Audiences want something that is either “great” or “original,” he added. In the case of “Ben-Hur,” they got neither one of those things.