Home All News Sports Shanghai Winner Andy Murray Could be No. 1 in 5 Weeks 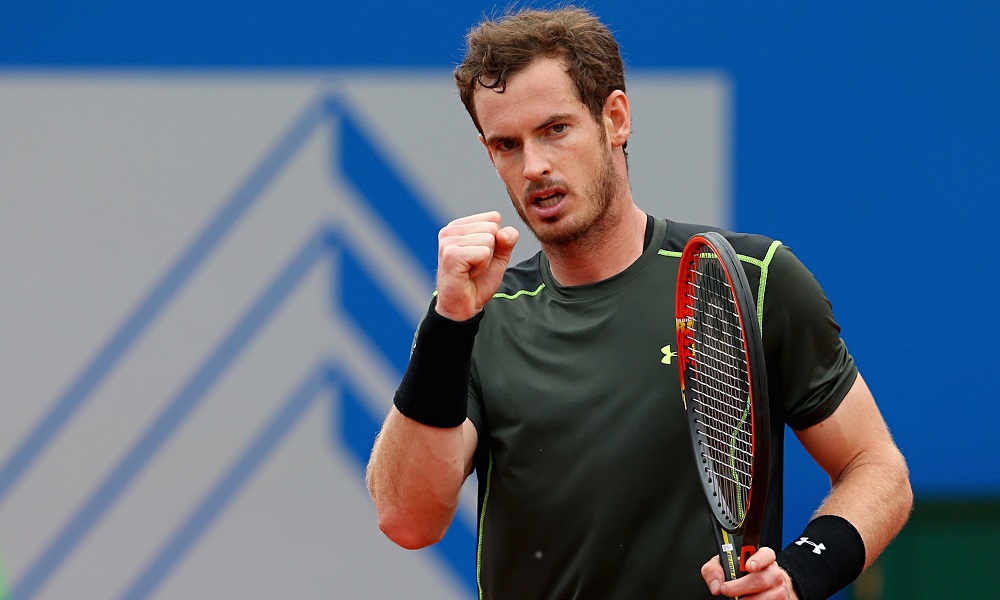 I had a bad feeling about Novak Djokovic‘s chances as he headed into the semifinals of the 2016 Shanghai Masters. The Serb didn’t look good in his win over Mischa Zverev. However, it still took a much stronger player than the German to take the World No. 1 out. Roberta Bautista-Agut fit the bill as the Spaniard did a number on Djokovic in the Shanghai semifinals, winning the match 6-4, 6-4.

Bautista-Agut, as a result of the win over Djokovic, played in his first Masters Series final on Sunday. Andy Murray of Scotland also advanced on Saturday defeating Gilles Simon 6-4, 6-3 in the other semifinal. That set up a Murray/Bautista-Agut final with 1000 ranking points at stake and the prestigious title.

Murray, who entered the match as the far more experienced player, exited the match as the champion. In doing so, the Scot did something that only the very best players do: he won two tournaments in back-to-back weeks without the benefit of significant rest.

“I did feel like I played better this week than last week. In all of the matches I was hitting the ball pretty clean,” the Scot said after the Shanghai Masters.

Beating a better-rested field of competitors when you have an excuse not to is the trademark of a World No. 1 player. Murray, with the titles in Beijing and Shanghai, has injected some serious hope into getting to the top spot – and I mean by the end of the season.

“The most important thing to reach No. 1 is to be extremely consistent throughout the whole year,” he said, “which I have done really since the clay-court season. I believe I can get there. I definitely believe I can get there. These last few months have proved that to me… I’ll give it my best shot to do it because I may never get another chance.”

Back in late September, I wrote an article with the headline: “Novak Djokovic injury could open the door for Andy Murray.” That piece followed news of Djokovic’s withdrawal from the Beijing 500-series event, a tournament that the Serb normally wins. It was the first sign that Djokovic was at risk of dropping some big-time points.

This year the Beijing title went to Murray, and it was the Scot that received the 500 ranking points for a 1000-point swing (i.e.,. Djokovic losing 500 and Murray gaining 500). I then elaborated on my hunch that there was, in fact, a very lively race for top spot: “Andy Murray in Beijing Final – World No. 1 Ranking Race on.”

When the rankings update on Monday, by my calculations Murray will remain 2415 points behind Djokovic. That might look like a ton given that we’re late season. However, the plus-minus aspect of the rankings is what can’t be ignored, and I think it is what is ignored by the casual tennis fans that just glances quickly at the rankings. It’s not just about Murray winning, but Djokovic losing.

The Serb won Paris last year, but he won’t win that tournament this year unless his set-up shots regain their normal zip. That means that up to 1000 points are at risk in France for Djokovic, while Murray could potentially gain 400 ranking points in the same event. There is potential for a 1400-point swing in the tournament, although that would be under optimal conditions from Murray’s point of view.

Yet I think tennis fans should consider the following scenarios for the remaining tournaments this season, ones that I think are realistic enough:

(1) Neither Djokovic nor Murray play in the small events like Basel (i.e.,. we’re looking at Paris and the World Tour Finals in isolation).

(2) Murray makes at least the Paris Masters semifinals while Djokovic goes out in the quarters or earlier.

(3) Djokovic loses in round-robin play in London, only gets 200 ranking points, while Murray wins the title and gets 1300.

Guess who the year-end No. 1 will be if those conditions are met? Not Djokovic.

As for the realism, they are credible enough conditions in my view. The Scot’s body will have to hold up, he has a lot of tennis matches to win even if it does, and it wouldn’t hurt if Djokovic remained bothered.

But what tennis fans should be aware of in particular is the huge swing potential that there is in London. Last year Djokovic won 1300 ranking points while Murray only got 200 for a difference of 1100. If things reverse this season then we’re looking at a ‘net’ gain of 2200 ranking points for the Scot. With 2415 to make up you can see that things are in fact getting interesting with Paris results important as well.

As for a prediction, I’m not comfortable with tipping Murray as the year-end World No. 1 at this point. However, with Djokovic’s recent problems and with Murray’s recent form the forces seem to be in motion for a changing of the guard. With those considerations, I will say this: I would not be shocked to see Murray as the top-ranked player in as little as five week’s time.