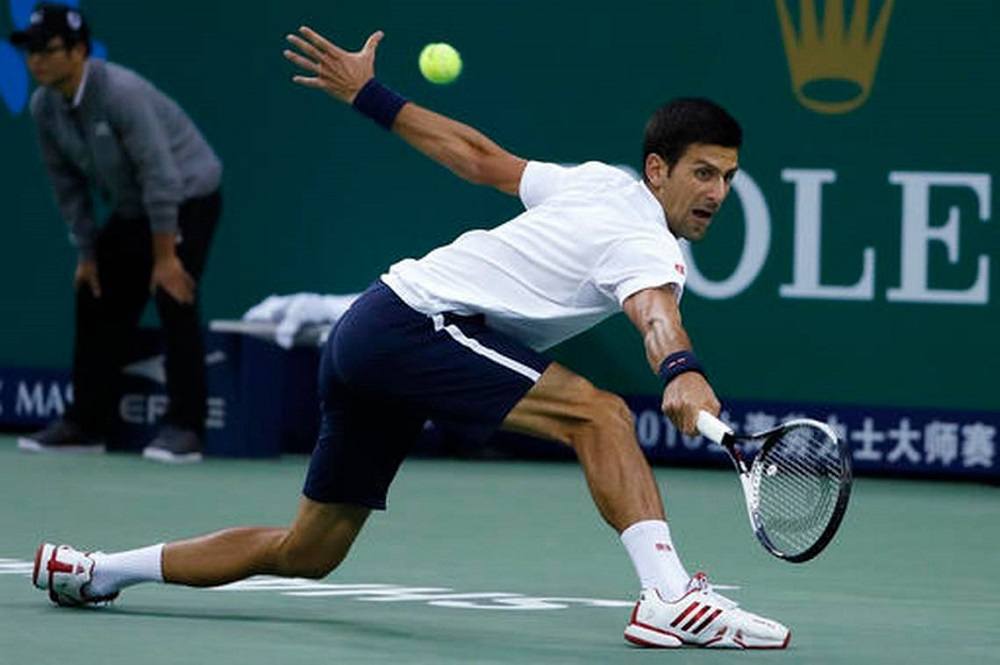 Novak Djokovic, despite the fact that he was playing someone ranked outside of the Top 100, didn’t have the easiest time in his quarterfinal match on Friday. The World No. 1, after he lost the first set of his 2016 Shanghai Masters quarterfinal to Mischa Zverev, fell behind a break in the 2nd set as well. However, from there on out the Serb was the better player as he prevailed 3-6, 7-6, 6-3.

Djokovic, with the win, advanced to Saturday’s semifinals. He’ll next face Roberto Bautista-Agut, a player that Djokovic has always beaten in the past (5-0). The last time the two players met was at the 2016 French Open in a match that went four sets. They also played a four-setter at the 2015 US Open, however, all other results between the two have been straight-sets victories for the Serb.

Djokovic didn’t appear to be himself in the opening stages of the Zverev match. That may have something to do with the shape of his body at the moment. Last week he pulled out of Beijing with an elbow problem and against Zverev his shots seemed to lack their normal zip.

It’s a credit to Djokovic that he was able to advance despite not playing as sharply as normal. Conversely, others might allude to the fact that Zverev may not be talented enough to take advantage of a subpar World No. 1. In truth, the Serb has had an easy draw this week with only Fabio Fognini and Vasek Pospisil as early-round opponents. The players that aren’t lenient with off-form opponents are yet to come.

Bautista-Agut has a fair chance to beat Djokovic on Saturday. The Spaniard, who has won two titles in small events this season, enters the semifinals following a tremendous victory over Jo-Wilfried Tsonga.

Bautista-Agut, who is ranked 19th in the world, has never made a Masters Series final. However, I think he has a reasonable shot of beating Djokovic on Saturday given his questionable fitness situation right now. At any rate, I really don’t think that the Serb has it in him right now to cross the finish line in Shanghai, even if he is able to best his semifinal opponent.

At the time of writing, other quarterfinals had yet to be settled. Andy Murray remained alive in the Shanghai draw entering Friday. He and Djokovic may yet play one another in the final on Sunday. If Murray should win the Shanghai Masters, he would really start to make the World No. 1 race quite interesting.

Following Shanghai, there’s still plenty of tennis on tour. Next week there’s a trio of 250-level tournaments before ATP Basel and ATP Vienna start in about ten days time. The Paris Masters come next with the World Tour Finals and Davis Cup final to follow.