It’s hard to find any blockbuster these days that isn’t backed with a massive marketing campaign. That strategy can often be detrimental to the final result for moviegoers since any fans of the film will obviously be watching every single bit of teaser footage that they can find. Films earlier this year like Captain America: Civil War and Batman v Superman: Dawn of Justice have been partially ruined by just how much substance of the actual film has been released simply for marketing purposes. While it is important for studios to heavily advertise big budget movies, there still needs to be a limit to how much is needed to do that. And, it’s no mystery that some do it better than others.

2015 was home to many fantastic blockbusters, with one of the most successful being Star Wars: Episode VII — The Force Awakens. The film’s intense marketing campaign really paid off when you look back at the its $2 billion-plus box office take. That’s a chunk of change, people. But what’s currently weighing heavily on Disney’s mind is wondering just how well the Star Wars spin-off film Rogue One: A Star Wars Story will do when it hits theaters this December. Fans got the first look at the film earlier this year when the first epic trailer was unveiled. Doesn’t it look amazing? The answer is yes. Yes, it does.

Despite the recent news of reshoots and a sudden change in the film’s composer, Rogue One still looks pretty spectacular. One aspect that is very intriguing is that it seems to be taking a darker, more subdued take on the franchise. We already have been given a wealth of wonderful footage so far from both domestic trailers, the international trailer, teaser trailer, and any extraneous glimpses that Disney has also released. For anyone who has yet to see all of that, Science vs. Cinema (via /Film) edited together a supercut of the film’s marketing footage that has created an impressive six-minute trailer. Take a look at it below.

Unlike the disappointing edits that fans often do for big upcoming films, this one is very well put together. The supercut puts all of the Rogue One marketing footage in chronological order, which definitely helps to keep things coherent for those who have already seen the majority of what’s being shown. But, its real strength is that it manages to blend the different scores and styles of each trailer together very well. It’s a fun and informative watch for both the franchise diehards and newcomers. 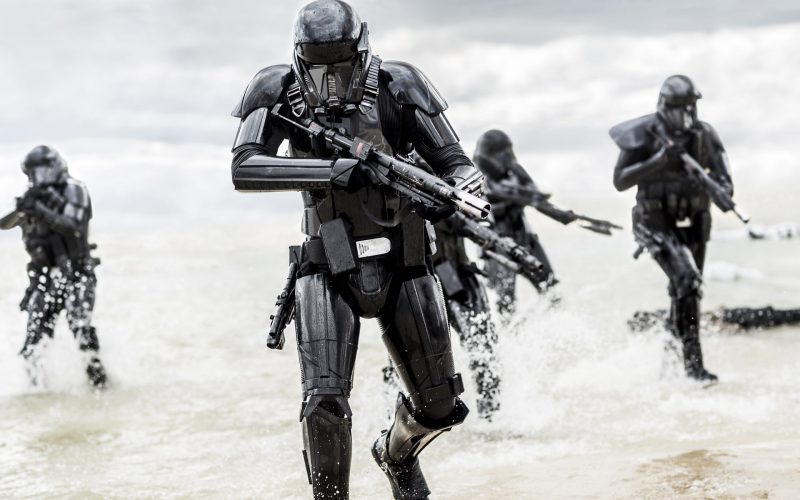 For those unfamiliar with the inner details of Rogue One, the spin-off follows rebellion ignitor Jyn Erso (Felicity Jones) who leads a group of devoted followers to steal plans for the Death Star. Rogue One is taking a slight detour from the main series’ storyline by showing a part of the Star Wars universe that still remains a mystery to most. It will introduce a plethora of fascinating new characters, while also including cameos of fan favorites like Darth Vader. If you had any doubt in your mind that Rogue One doesn’t have what it takes to succeed, just take another look at that epic supercut trailer. Rogue One will go the distance—or die trying.

From Lucasfilm comes the first of the Star Wars standalone films, “Rogue One: A Star Wars Story,” an all-new epic adventure. In a time of conflict, a group of unlikely heroes band together on a mission to steal the plans to the Death Star, the Empire’s ultimate weapon of destruction. This key event in the Star Wars timeline brings together ordinary people who choose to do extraordinary things, and in doing so, become part of something greater than themselves.