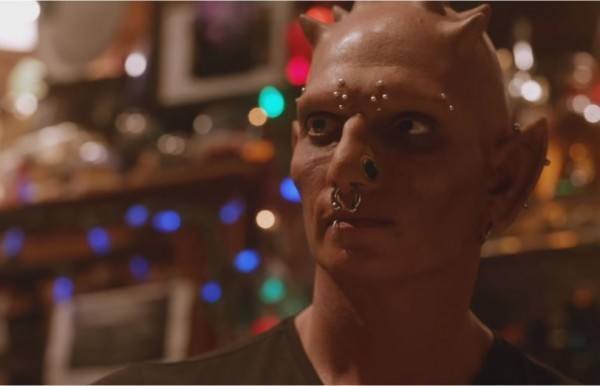 How much freakier can the villains become on Second Chance going forward? This week we get a couple of monsters looking to radically alter a hooker. By monsters, I mean a couple of dudes who dove too deep into the body modification movement.

These guys are complete with all the piercings to make their mothers cringe, along with some implanted horns to boot. Not to mention elf ears!

The Sheriff, Jimmy Pritchard, spends this episode searching for those who tried to butcher a lovely prostitute. He also brings her back to his home / laboratory.

Mary’s a bit jealous even though she just spent the morning in bed with Connor Graff. He’s the billionaire we met last week that’s supposed to merge Looking Glass with his company should Mary not win her fight with cancer.

Graff isn’t what he appeared of course and becomes privately enraged when Mary tells him to cancel the merger since her cancer is in remission.

The guy apparently is only interested in having Otto as his little servant genius.

Meanwhile, Otto tells Jimmy that he’s fixed the glitch in the code that had the old young man feeling run down last week. The Sheriff isn’t fond of the visual comparison between him and the lab rats Otto does his testing on.

This episode saw Otto come out of his shell a bit as he bucked at the notion he is supposed to be the little “deputy” to Jimmy by helping him solve all these crimes. 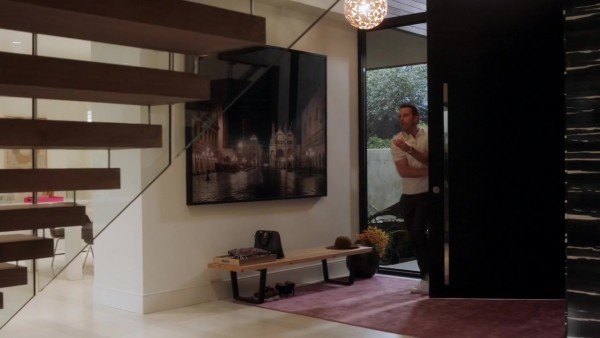 Once Mary is cured, Otto will have no use for Jimmy whatsoever.

We see who the real bad guy is behind the two monsters that intended to bury the hooker. It’s a plastic surgeon of course, whom we later learned was wanted in Florida for murdering eight whores.

Nice that this guy is able to just move to a new state and run a medical business out in the open after butchering a stack of women at his last known address.

Duval and Jimmy work together to track down the monster known as Caleb The Widow Maker. The two are mistaken for plumbers by the monster’s estranged wife, who apparently has never seen a plumber in her life if she thinks a guy in a suit is there to work on a sink.

The evil doctor ends up making Caleb’s wife a widow herself in a bit of irony. We see Jilly the hooker go on a date after she bounced from Jimmy’s place. Who’s the lucky guy?

The twisted doctor naturally. The same guy behind her near death to start the episode! She’s unaware of course until he proposes to her, then puts her under once again with the MDMA he slipped into her champagne. Who marries their escort?

This sicko plastic surgeon is weird even by Second Chance standards. He tells his victim all the plans he has for her body. The start being some feather tattoos before really rearranging her features with a whole new face. 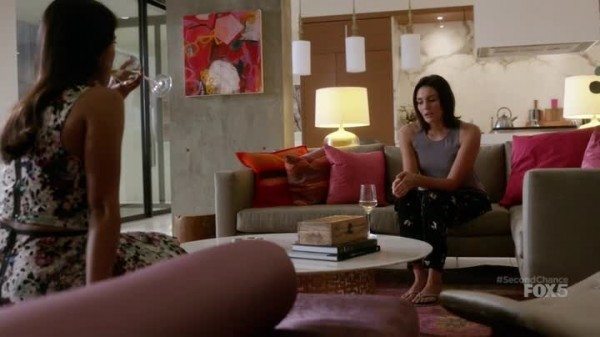 We witnessed the first power struggle between Otto and Mary when he refused to help locate the hooker in order to save her. Mary showed she’s the alpha dog in the biz as she overrides her brother’s commands on their version of Siri, named Arthur.

Of course, Otto ends up helping anyway since he can’t stop himself. Not sure if it’s because of conscience, or because he wants to solve a puzzle.

Jimmy saves the day once again, and our Pretty Woman is freed from the modification doc. Jilly is also given the option to kill the doctor who’s already tried to whack her twice. She does the right thing, and the police haul the maniac off to jail.

Duval shows up and seems unhappy with his old man’s work. This guy can’t be pleased. The Sheriff does in a day what it takes the FBI a month to accomplish.

The show ended with us seeing what I had guessed. Alexa, Mary’s hyperactive assistant, is double crossing her boss. She’s shown giving info to Conner Graff.

It looks like Alexa is betraying Mary and Looking Glass in order to help her dad who may have Alzheimer’s. Graff seems to be promising her some kind of help beyond money, so she’s doing the wrong things for the right reasons.

If only Alexa knew her current employer can raise the dead. She might have turned to Mary and Otto for help for her father instead of the back stabbing Graff.

This season is heading for a showdown between the Sheriff and Graff eventually, with Otto being a pissed off wildcard.

It seems that no matter how Otto tries to tweak the code embedded in Jimmy, it still won’t be able to override what this man is at his core. This episode’s title, Palimpsest, makes that much clear.