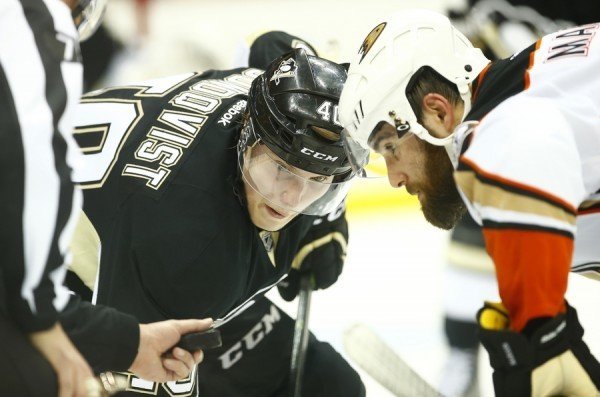 The 2015/16 NHL regular season will end on April 9th, about seven weeks from now. Between now and then teams will play about 21 to 25 games as that’s how many most NHL clubs have left in their schedules. At this point in the year, it’s clear that the season is practically a write off for a lot of clubs like Toronto, Edmonton, Columbus, and Winnipeg. However, in three of four divisions, there’s still competitiveness for divisional races.

The one division that is largely settled is the Metro Division. Washington took control of it weeks ago, and they have built up a 16-point lead over the New York Rangers. It would take a special turnaround for things to even get moderately interesting in the Metro. However, all the other divisions have teams with everything to play for still.

In the Atlantic, the Florida Panthers have been without Roberto Luongo for the past several days. Overall in February, the Panthers have not been playing their best. However, they are still holding a 5-point edge over Boston.

Entering a weak point in their schedule, Florida should be looking to extend their lead over the next couple of weeks. Starting on Saturday night in a game that they will host, the Panthers will face the Winnipeg Jets, the Arizona Coyotes, the Columbus Blue Jackets, the Minnesota Wild, and the Colorado Avalanche – some of those teams multiple times – before they play the Bruins on March 7th. With a host of games against weaker competition, the Panthers really have to be thinking that the time to build up a huge edge in the Atlantic Division is imminent.

In the Central Division, Chicago made things interesting during the month of January. Entering this weekend, they have a one-point edge over Dallas. However, the Stars do have two games at hand. St. Louis are also in the thick of things as they sit four points back of Chicago following victories over Dallas and the Los Angeles Kings.

On Saturday night, Dallas will host Boston in a game that will start at 8 pm ET. The Stars are a team that went through a bit of a funk post-Christmas however in the last little while they seem to have regathered themselves as they are 7-2-1 in their last ten games. St. Louis will also play on Saturday as they travel to Arizona for a game against Phoenix.

In the Pacific Division, all three of the California-based teams are in contention for the divisional crown. Currently the Kings sit in first place but they’ve been losing ground every few days it seems to either Anaheim or San Jose.

The Ducks, a team that lacked scoring punch for the first stretch of the season, have since discovered their scoring touch. On a recent trip through western Canada, Anaheim posted large totals for goals against Calgary (6), Edmonton (5), and Vancouver (5) in securing three wins. With that kind of offense, I think they will overtake Los Angeles and go on to make at least the conference finals again this season.

The divisional races aside, the next several weeks will also feature races for Wild Cards. Currently, Pittsburgh and Tampa Bay would make the playoffs in the Eastern Conference while Nashville and Colorado would make it in the Western Conference.

Among those teams, the story of late has been the play of the Penguins. They have sprung to life, largely behind a surging Sidney Crosby. The Canadian had a goal and an assist against Detroit on Thursday, and he has generally been turning in multi-point nights over the last month. If he keeps it up, Pitt will be as tough to beat as nearly any team in the Eastern Conference.

The Penguins will open weekend hockey as they host the Lightning in an early one on Saturday (12:30 pm ET/Sportsnet). The CBC’s Hockey Night in Canada programming will feature less-relevant games as the Toronto Maple Leafs will host the Philadelphia Flyers at 7 pm ET with Edmonton hosting Colorado at 10 pm ET.