Life after 2015 NFL Season: 11 Ways of dealing with postpartum depression

Life after the 2015 NFL Season

What the hell are we supposed to do now that Super Bowl 50 is in the books and the 2015 NFL season complete?

Moping around the house is one option. It’s likely what Cam Newton will be doing for the next month or so since he’s a fun loving winner, but a petulant loser.

We can be better than Cam though. Sure, we’re gonna miss football and all the drama of the best sport to ever grace the human race with its presence. But life must go on.

We Americans are a strong people who have been through worse things than an NFL off-season. Remember the scabs we had to watch back during the player strike of 1987?

Surviving four straight Super Bowl losses by the Buffalo Bills was no easy thing for America either. The 1990-93 NFL seasons were tough to watch at the end with Buffalo unable to luck their way to even one SB win. Those consecutive losses by that historically great team did teach us a lesson though. The universe is not fair and, there is no “deserve” in sports or life. Gotta earn everything.

We also made it through the public trial of one of the best players in the history of the League. America’s resolve was really tested, but thankfully O.J. Simpson turned out to be innocent of those two murders.

I could go on and on, but you get the picture. As NFL fans we’ve only gotten tougher over the years. A few months without football isn’t gonna kill us. It may make us a little irritable, but that’s our families’ collective problem, not ours.

There may be a few new NFL fans out there who will be dealing with their first off-season. Maybe even a couple of seasoned fans who’ve been beaten up by several years of misery from their favorite teams. For you guys and gals, I’ll be your survival guide for the NFL-less weeks ahead.

Here’s 11 things to occupy your football focused brains for the next seven months.

11. OK, golf on TV is boring right? Not as boring as you think. With high definition and some great young stars on the rise, the PGA is not a bad watch. Would I prefer The Masters over the NFL Combine? Yes. Just the scenery is worth the watch even if super rich guys weren’t competing for that ugly Green Jacket. Daily Fantasy PGA contests are also pretty cool and maybe the least work of any DFS games.

10. If you miss hearing about Johnny Manziel each and every week, I have two solutions. Either watch TMZ nightly, so you’re bound to see either J-Football on there or a similar spotlight loving POS.

Also check out your local “Bad and Busted” for guys arrested for stupidity and even alleged violence against women so you can get your Manziel fix. 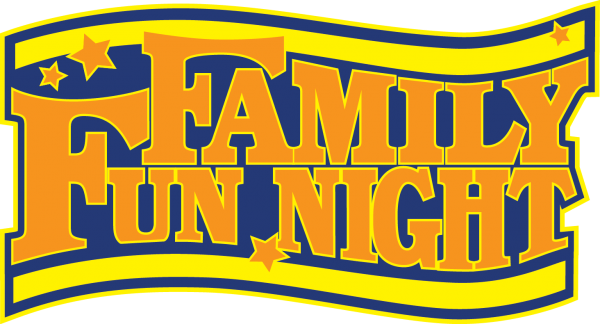 9. Use Sunday for some family fun. If you wait until everything is done on your to-do list you will never make time for fun. Schedule day trips each Sunday or at least once a month. Fun must be penciled in, just like mowing the lawn.

8. Better Call Saul is a great show. It benefits from being spun off of one of the most popular shows on cable ever, but could have stood alone. LWYRUP for season two’s premiere which just started.

7. The NFL Combine will be here soon enough folks. On February 23rd to be exact.

6. You’ll be without Sunday Night Football each week so you can fill one of those nights with Will Smith’s film Concussion, which is available for rent on DVD.The movie didn’t do well at the box office, but is certainly worth a watch from real football fans.

5. Miss Cam Newton? Simple solution. Just head out to your local daycare center at nap time. You’ll get a heavy dose of irritable children. Maybe check to see if the center has a superhero dress up day if you miss mere mortal Cam pretending to be a superhero.

4. The NFL Draft is an exciting event that outperforms things like NBA playoff games in terms of TV ratings. Check out the draft on April 28th to see who can possibly get your team over the hump or at least out of the bottom feeding section of the NFL.

3. The Walking Dead is back with a vengeance and one less eye for a main character (we won’t give it away in case you’ve not watched the first episode). Think of Negan v. Rick as the Super Bowl of the Zombie Apocalypse.

2. Get outside and enjoy some physical activities yourself. I read a book once where a son was told by his sports reporting father that the kid was a fool for wasting his whole day watching others play sports on the TV. While I partially disagree with that, it is crazy tonever do anything yourself and only cheer on others involved in physical play.

1. Game of Thrones returns on Sunday, April 24th. This is the one show that I would compare to an NFL playoff game each and every week. It’s that good.

The show gives you a feeling similar to seeing an eediot kicker miss a chip shot that would have won the game, each time your favorite character gets killed or otherwise abused.