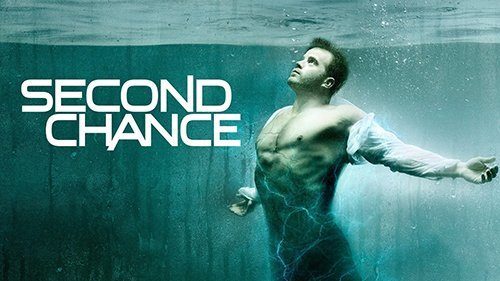 Seeing Sheriff Jimmy Pritchard playing poker all night then getting in a brawl with the cheaters at the table doesn’t seem like a good example of a man who’s evolving.

As the episode unfolds, the “glitch” with Otto’s code shows that not to be the case.

Three key points from this week’s episode of Second Chance:

Mary’s company Looking Glass needs a boost to help its stale stock price. A new operating system looks to do just that as Mary goes Steve Jobs with a few interviews before the big reveal later in the day.

This goes sideways when news breaks about Mary’s cancer. Stock prices dip and the paparazzi run her car off the road in an attempt to get a pic of the sick celebrity.

Oh, and there are shots fired in the melee as well. 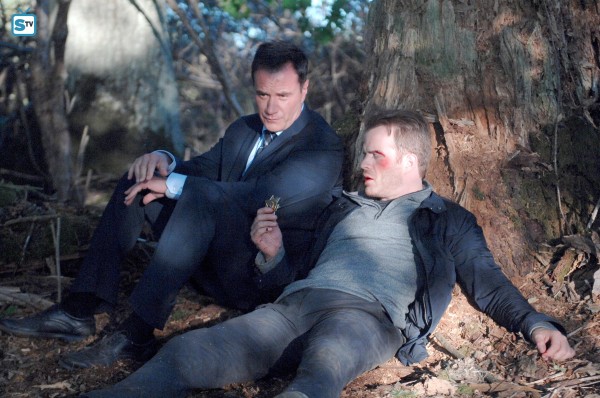 We see that the best version of Jimmy Pritchard is nowhere near perfect, so Mary feels completely let down after he misses his transfusion appointment.

Jimmy gets an earful from the very entertaining Alexa, Mary’s hyperactive assistant. I do wonder if Alexa could he the leak that let the media know about Mary’s health even though Alexa seems super loyal.

Mary has made plans for a company merger with an old flame in the event of her death. The guy promises to take care of Otto as well as Looking Glass if the worst comes to pass.

Not only does Mary have to deal with the leak about her cancer and falling stock prices, now she’s at the top of a celebrity dead pool. And it’s looking like someone is betting big that she doesn’t live past the next sunrise.

Paparazzi and dead pool players…some of the worst of modern society packed in one episode.

Since the Sheriff’s reliability quotient is closer to zero than ten, Duval is called in to help protect Mary. Otto makes this call but Mary is pissed at Jimmy for being so irresponsible so she goes along.

Vicious poker playing thugs don’t forget easily. The little gang comes back for revenge and beats the brakes off Jimmy right after he gets some key intel from a member of the paparazzi. Jimmy’s power is fading, which ends him up in the hospital with the psych doctor guessing the guy is nuts.

I’m kinda diggin the old man showing up as a ghost helper to Jimmy 2.0.

The most important thing to Mary besides Otto is her company. So she puts her life in danger in order to go ahead with the new O/S launch. Otto valiantly offers to address the media, but was about as prepared for the spotlight as Cam Newton after Super Bowl 50.

Jimmy manages to get out of the hospital in time to get a message to Duval about the suspect from the van with a cobra tattoo. Jimmy is in rough shape and is getting abused more in this life than he was as the old man drinking himself silly.

Mary ends up bailing out her bro at the presser and is unharmed as Duval and the FBI acts on the tip from Jimmy. Turns out the tattoo was on the entire coding team. A pissed off coder named Malcolm is the only one not at the event. He’s described as “not a people person, even for a coder.” 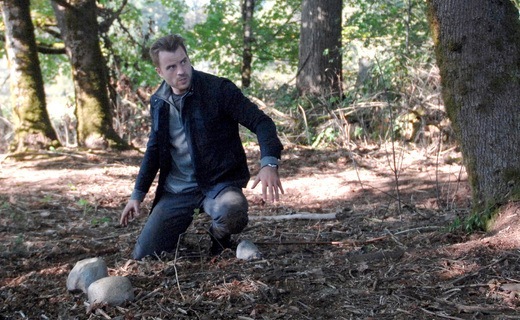 That’s code for he hates other humans. He really hates Mary and feels like his work was ripped off. He was kicked off the software team and was in the process of suing Looking Glass. The suit was moving too slowly so Malcolm stepped his tactics up to kidnapping his coding replacement.

The story follows Mary with Duval as they head out to swap Mary for the hostage. Does this ever work out for the kidnapper? Not on TV it doesn’t.

Otto has discovered a glitch in his Frankencode, but can’t figure out what’s causing Jimmy to shut down.

Otto is so detached from humanity he must ask Mary what “they” will think should the Sheriff perish.

Otto may be afraid of people but he isn’t scared to take action. He gives Jimmy an adrenaline shot to give him enough of a boost to help Mary and Duval.

No shocker that the hostage is eventually saved by the team. Kinda weird that a geeky coder would be able to get the drop on a seasoned sheriff and an FBI agent.

But maybe Malcolm played thousands of hours of Call of Duty and was prepared.

It was a cool moment when Duval gives his old man his sheriff’s badge back after it blocked the bullet in the fight with Malcolm. The son didn’t have the greatest relationship with his father but clearly loved him.

What’s the glitch with our boy Jimmy? Otto hadn’t guessed that the subject’s genetic code would evolve during this entire process. Jimmy isn’t a normal human but he’s not going to just remain static.

The events and people around Jimmy can’t help but alter him on a daily basis. His decisions and actions also change who he is, moment by moment.

This is humanity. This is a real life.

So it remains to be seen if Otto can adjust the code to keep up with the ever evolving test subject that’s needed to save his sister.

The good news is Mary is getting better due to the blood transfusions. Her first thought is to alert the press in order to help her company.

The Sheriff reminds her to enjoy the moment for herself.

“You’re alive,” he tells the woman who’s getting closer to him each week despite his imperfection.