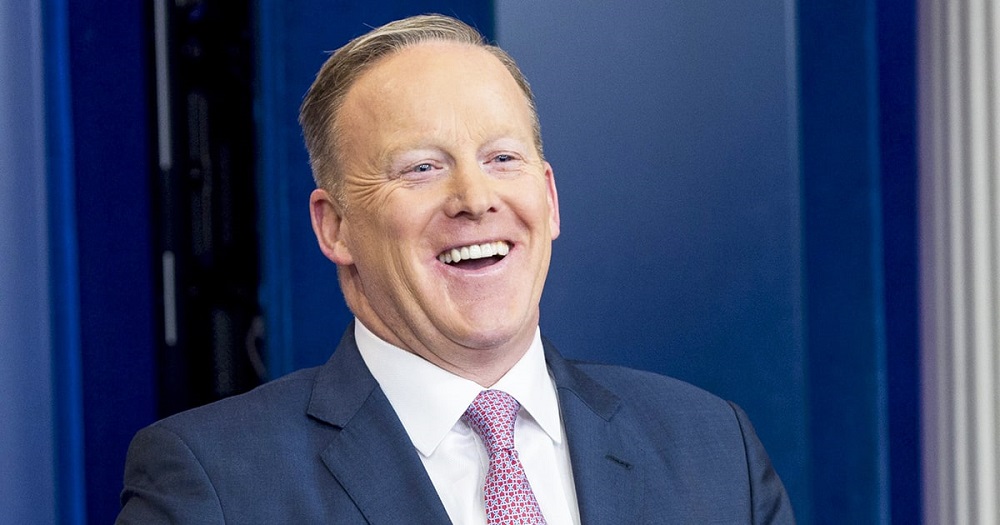 Donald Trump laid a big pile of mess for the White House Administration to clean up on Saturday with his rant against former President Barack Obama “wiretapping” Trump Tower. If you missed it, his tweets are just below. We included every one of his tweets as they tell quite the interesting story of where his mind was as he jumped from one serious topic to slamming Arnold Schwarzenegger.

Terrible! Just found out that Obama had my "wires tapped" in Trump Tower just before the victory. Nothing found. This is McCarthyism!

Is it legal for a sitting President to be "wire tapping" a race for president prior to an election? Turned down by court earlier. A NEW LOW!

I'd bet a good lawyer could make a great case out of the fact that President Obama was tapping my phones in October, just prior to Election!

How low has President Obama gone to tapp my phones during the very sacred election process. This is Nixon/Watergate. Bad (or sick) guy!

Arnold Schwarzenegger isn't voluntarily leaving the Apprentice, he was fired by his bad (pathetic) ratings, not by me. Sad end to great show

Naturally, this is something he now does when he’s frustrated at losing control of headlines. Plus, he was furious that his Tuesday speech has gotten lost by Attorney General Jeffrey Sessions having to recuse himself from any investigations dealing with Trump’s campaign and any ties to Russia. With this Tweet storm, he was able to get the media talking about something else, but it’s doubtful he meant to go this far as whichever truth turns out from his tweets, it doesn’t look good for him.

FBI Director James Comey has already said that Trump’s claim “is false and must be corrected.” This only makes Trump look less trustworthy, although his diehard supporters will cling to this conspiracy theory as they need something to blame for the shape their lives are in (or at least some of them). If it turned out to be true that the Obama Administration was able to convince a federal judge that there was a need to tap Donald Trump or his team’s lines, then it looks even worse for Trump.

For someone who loves to sue for libel, Trump has also opened himself pretty wide for a big one from Barack Obama. 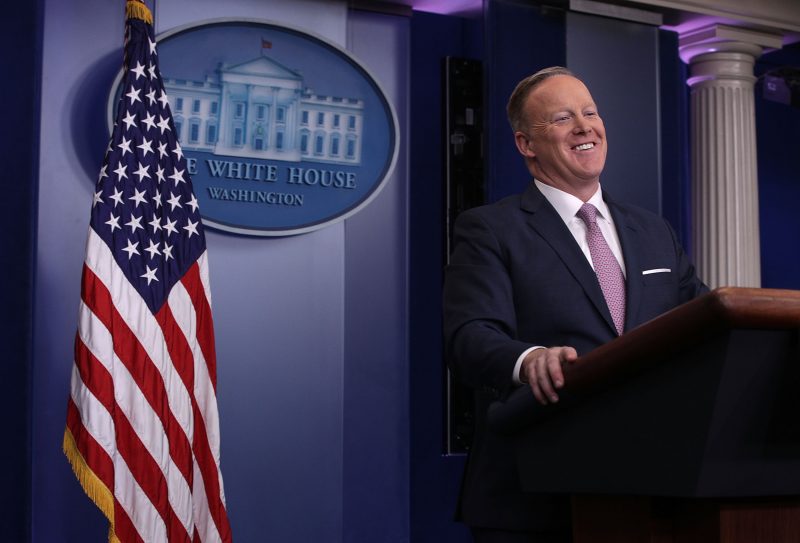 Here’s where Sean Spicer comes in. The media couldn’t wait for a Monday White House press briefing as poor Spicer (who comes closer and closer to looking like he’ll be having a stroke) tried to clean up Trump’s mess. He knew he’d be inundated with all those wiretapping questions.

Spicer had already been attacked from Trump on Friday, who felt that his team hadn’t done enough to control the headlines with Jeff Sessions, came up with a real winner. And he even took to Twitter as his weapon of choice.

This is how Spicer fixed his sticky situation so that he won’t have to take one question regarding that wiretapping claim.

In a statement from his spokesman, Mr. Trump called “reports” about the wiretapping “very troubling” and said that Congress should examine them as part of its investigations into Russia’s meddling in the election.

“President Donald J. Trump is requesting that as part of their investigation into Russian activity, the congressional intelligence committees exercise their oversight authority to determine whether executive branch investigative powers were abused in 2016,” Sean Spicer, the White House press secretary, said in the statement.

(2/4) President Trump is requesting that as part of their investigation into Russian activity, the congressional intelligence committees

(3/4) exercise their oversight authority to determine whether executive branch investigative powers were abused in 2016.

(4/4) Neither the White House nor the President will comment further until such oversight is conducted.

Pretty smart of Spicer who is figuring out how to maneuver those choppy Trumped up waters. He dumped this mess onto Congress, who is busy enough with everything else including investigating those Russian hacks. Which topic will get the most attention and which one will get lost in the shuffle of politics?