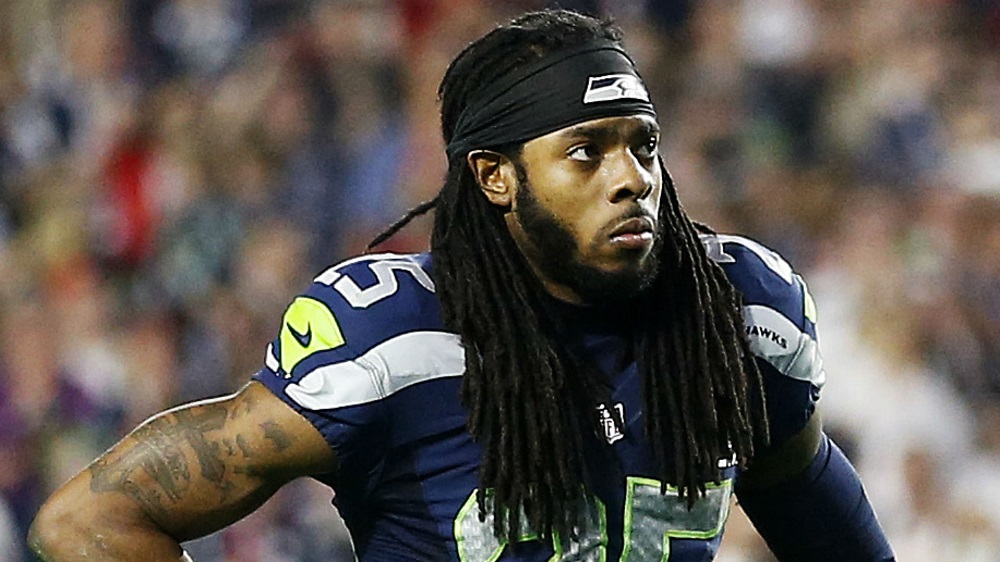 After their loss to the Atlanta Falcons in the NFC Divisional Round of the playoffs, the Seattle Seahawks found themselves in hot water. Seahawks head coach Pete Carroll admitted that superstar cornerback Richard Sherman had played through a “legit” MCL injury in 2016—an injury that was never disclosed on the team’s injury reports.

The NFL launched an investigation. The league’s official policy states that “significant or noteworthy injuries” require disclosure on the practice report regardless of whether or not the player plans to go Sunday.

While Carroll described the injury as relatively serious, general manager John Schneider doesn’t believe the team did anything wrong.

“He never missed [a game],” said Schneider. The guy was a total stud about it. So yeah, I think Pete it was in a press conference at the end of the season and was quite frankly was sticking up for the different bumps and bruises and issues that Richard had, and I think that’s why they’ve gone ahead with this. But we feel like we didn’t do anything that was malicious at all.”

Nonetheless, Sherman never hit the injury report expect once with an ankle injury and a few times for non-injury related rest. While the Seahawks may not have had any diabolical intentions, the NFL doesn’t look too kindly upon those that violate her rules. And, if the NFL decides to punish Seattle, it would most likely result in the loss of a first or second-round draft pick in 2017. Such punishments are rare but would have a resounding effect on the Seahawks as they look to get back to the top of the NFC after missing the Super Bowl for the second year in a row after consecutive trips to the big game.

Sherman downplayed the issue as a whole, assuring everyone that it has been blown out of proportion.

“It wasn’t that serious, so there’s nothing to address,” said Sherman, insisting the NFL would do little more than issue a warning against the Seahawks. “There wasn’t anything to address. I don’t think the team should be punished, no. There’s been a number of teams that have been warned, so we’ll see what happens.”

Just last week the NFL concluded that the Miami Dolphins should not be punished for failing to follow concussion protocol on Matt Moore in their Wild Card Weekend loss to the Pittsburgh Steelers. The Steelers had issues of their own recently with running back Le’Veon Bell for which they were not punished. As did the Indianapolis Colts with quarterback Andrew Luck.

“Le’Veon said he’s got a groin injury for weeks, they’re going to get a warning,” continued Sherman. “Andrew played with cracked ribs for a whole year [in 2015]. You see what I’m saying? It would be odd, out of the norm.”

Bell told the media that he’d been playing through a groin issue for “a couple weeks” after the Steelers’ loss to the New England Patriots in the AFC Championship Game. The league is still investigating the situation which head coach Mike Tomlin said wasn’t a legitimate injury or serious enough for the injury report.

The Colts were not disciplined for their failure to report Luck’s injuries after a league investigation.

While it is important for teams to honestly and accurately report player injuries, it does not seem like the Seahawks had any malicious intentions in leaving Sherman’s knee problems off. It’s not like he was limping in coverage or sidelined for a few weeks.

I’m no Seahawks fan, but I think it would be a little silly to see the team punished for something so minor.