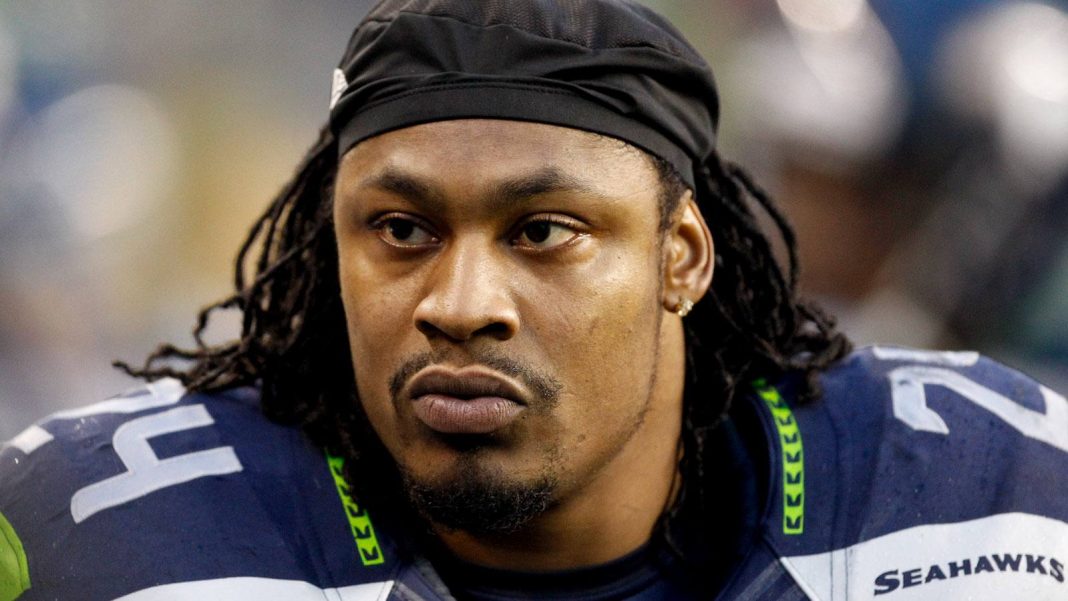 I am a big fan of Marshawn Lynch. The running back plays the game in a hard nosed fashion and is just a helluva lot of fun to watch. Who doesn’t like to see a runner go ‘Tecmo Bowl Bo Jackson‘ and send defenders flying off his body?

Marshawn Lynch has decided to sit out of Seahawks training camp in hopes of getting a better contract. His current deal was signed in 2012 and he of course feels like he has outperformed the contract. The team may feel the same way, but they may not be as sure he will keep outperforming it. That is the issue with running backs in today’s NFL.

I like to see players rewarded for great play. It is the American way, do well in your job and you get rewarded. Or maybe that is a dream whose time has past as well. We see a lot of highly compensated CEOs in big corporations who seemingly run their companies into the dirt. And the result is the average workers getting laid off or their retirement slashed. Not exactly our grandparent’s reality of the American dream. The same is true with NFL running backs. They are great to have around, but as soon as a team can get a younger, cheaper version with more tread left on the tires, NFL teams will cut a veteran loose.

If any NFL rusher has earned the right to ask for more money, it’s Marshawn Lynch. He has more carries in the past three years than his fellow runners across the league. He has been an integral part of theSeahawks success, scoring 41 touchdowns and piling up over 4600 rushing yards in his time there. But holding out for more money is a big risk for Mr. Beast Mode. The Seahawks have two young runners ready to take over his spot in Robert Turbin and Christine Michael. They are untested in the NFL, but if either one gets rolling in training camp, that is a bad sign for Lynch. NFL franchises know there are tons of hungry young running backs that will take less money to do the same work as vets.

I truly hope Lynch can get the contract re-worked in his favor, but I would not bet on that happening. He is an awesome running back in a time when the position is not appreciated as much as it should be. Runners are too likely to be injured and with the passing game getting more important every single year, NFL rushers just have no leverage.

If I were the parent of any talented kid playing middle school football, I would make a point of him not being a running back. What would be the point? If he doesn’t go past high school ball then he takes a beating in high school for nothing. If he goes on to become a college running back, he again takes a beating for nothing. And if he is in the tiny percentage that makes an NFL team, he will take another beating. He will get paid at that time, but will never be highly valued even when playing at a high level. If my child was involved in football at an early age, I believe a few quarterback camps would be a good investment. That position is where the glory is at and the least amount of bodily abuse. If Russell Wilson was the one holding out, this would be a different story. In reality, NFL quarterbacks do not have to hold out. They, unlike Lynch and other rushers, are seen as valuable by their teams.