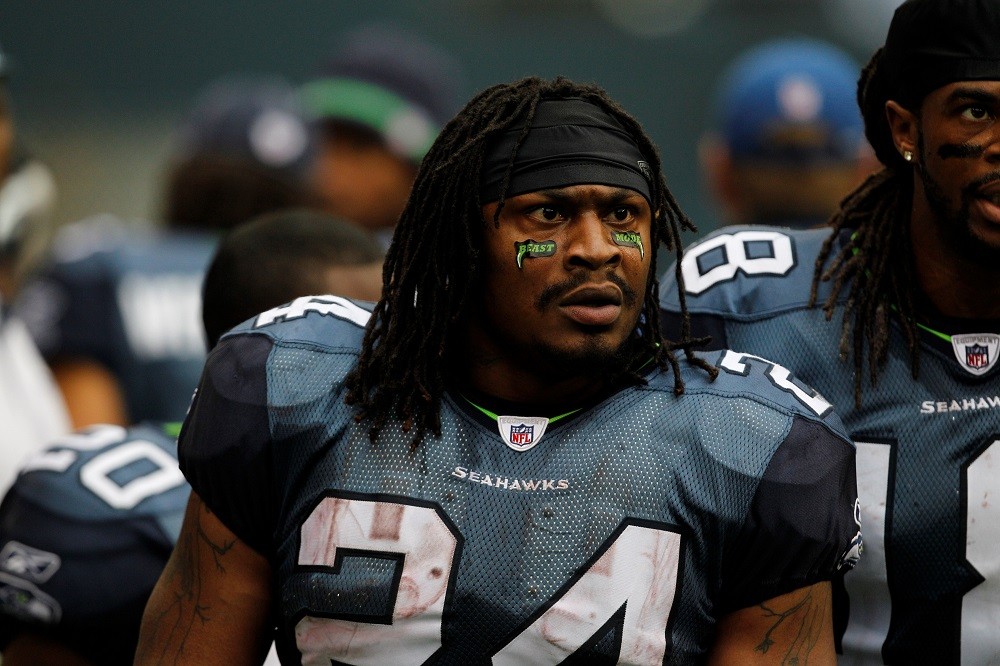 Marshawn Lynch May be Eyeing NFL Comeback after Offseason Retirement

Marshawn Lynch retired from the NFL the same way he did everything else—quietly, but effectively. Lynch posted a photo of some cleats hung over a phone line with the two-finger peace emoji. That was enough.

Now, following the example of the great Brett Favre, Lynch may be considering a return to football this season.

Usually, I would put a quote here, but when dealing with Beast Mode, that’s just not going to happen. If he’s said anything about the situation, he sure as hell hasn’t said it to the media about it.

Instead, a source close to the running back stated that he is currently “up in the air” on a possible return, and a Seattle Seahawks player said, “I would think he would tell us, and he hasn’t.”

So who knows what’s going on? Either way, he probably won’t tell anyone until the day before it happens.

What I can say, however, is that the Seahawks still hold the rights to Lynch should he officially come out of retirement, and they will need to make a decision pretty quickly to cut, trade, or keep him.

Some reports target Weeks Four and Five precisely as dates to watch for a return. Should the Seahawks retain Lynch, they would owe him a prorated amount of his $9 million base salary for the 2016 season. While Lynch has always earned his check in the past, the Seahawks may likely decide that—provided Thomas Rawls and Christine Michael prove able to handle the team’s running duties—it’s time to move on to cheaper alternatives. After all, they have a lot of big names to pay since their Super Bowl XLVIII victory.

Fortunately, should the Seahawks decide to go with Lynch, they don’t need to worry about his physique. Beast Mode stayed in football shape over the offseason by practicing and assisting with running the scout teams and practices at Cal.

That’s right; Lynch could be the only player ever to go from college to the pros, back to college, and then to the NFL again. A true legend.