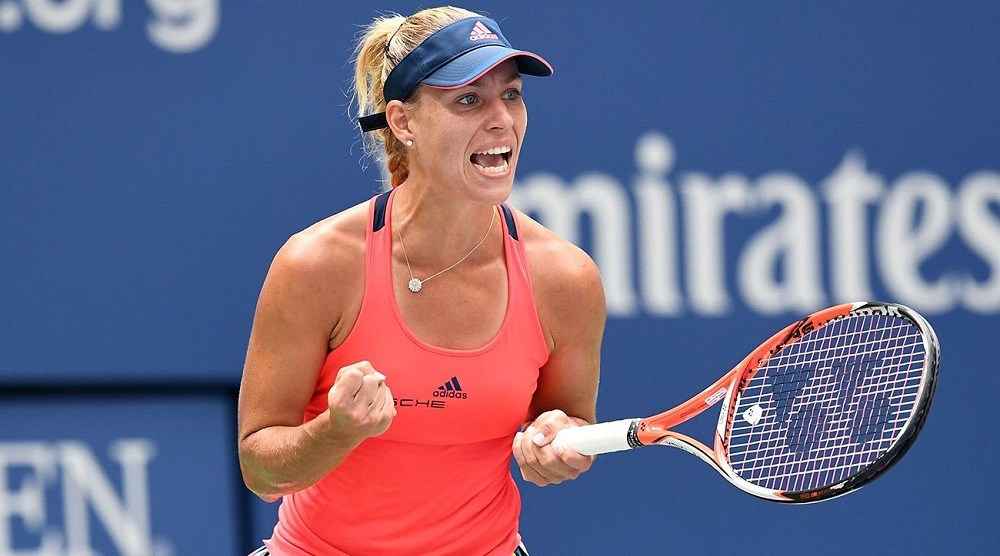 Angelique Kerber has been hovering right around the No. 1 spot for weeks now, and she rightly earned it at long last.

Kerber earned the No. 1 ranking before she even stepped on the court, then she went out there and looked like a top-ranked player.

Kerber is into her third major final of the year after dispatching Caroline Wozniacki in straight sets at the U.S. Open. She won the first four games en route to a 6-4, 6-3 victory that set up a rematch with Karolina Pliskova, who denied the German lefty the No. 1 ranking a few weeks ago then handed it to her Thursday night.

At the start of 2016, Kerber had never made a Grand Slam final. She could end it as a two-time major champ.

In January, she not only advanced to the Australian Open title match but beat Serena Williams there. Kerber also played for the championship at Wimbledon, where she lost to Williams.

At 28, she’s the oldest woman to reach No. 1 for the first time and the first German since her idol and mentor, Steffi Graf.

Kerber would have overtaken Williams for the top spot had she defeated Pliskova in the Cincinnati final Aug. 21. Instead, Pliskova won that day for a breakthrough title and has been riding the momentum ever since.

“After that I was just telling myself, ‘OK, I will get one more chance,'” Kerber said.

“Now after I can relax a little bit and try to enjoy this special night today,” she added.

Pliskova upset a hobbled Williams in the first semifinal Thursday, which clinched No. 1 for Kerber – who was doing all she could not to think about ascending to the top of the rankings as she prepared to take the court.

“I’m growing, and I’m not putting the pressure on my shoulders if something like this happens,” she said.

On match point, Kerber hit a backhand that appeared to be heading long, and Wozniacki was going to let it go until she realized it might have clipped the baseline. She swung too late and sent the ball sailing out to end the match instead of challenging the call.

“I got a few texts, but that just made me feel worse,” Wozniacki said later.

“But clearly should have” challenged it, she added. “But at the end of the day, I don’t think it would have made a difference.”

Not the way Kerber was relentlessly hammering her shots. Wozniacki even mixed in quite a few moon balls, but to no avail. Usually content to play defense, Wozniacki found herself trying to force the issue and made an uncharacteristic 26 unforced errors.

A two-time runner-up at Flushing Meadows, she arrived at this year’s tournament at No. 74 in the world after missing 2 1/2 months because of an ankle injury. She was seeking to become the lowest-ranked women’s finalist at the U.S. Open, other than an unranked Kim Clijsters in 2009.

“Probably people ruled me out, but it’s nice to prove people wrong once again,” Wozniacki said.

How much longer might she keep trying to prove people wrong? Just as she had after her quarterfinal victory, Wozniacki declined to address a question about reports that her father told media she could retire in the next year or two.