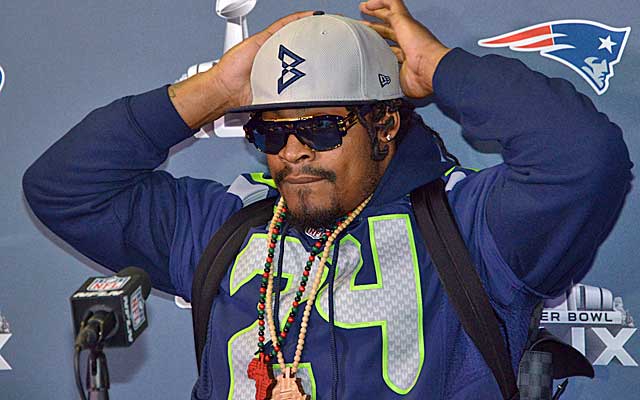 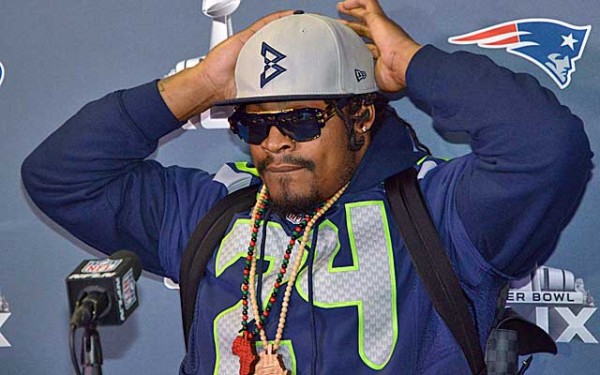 Seattle Seahawks running back Marshawn Lynch has always been, in his own words, “’Bout that action, boss.” The power runner has given fans some great interviews to watch over the years, and he has become famous for repeating the same phrase for every question the media can think to ask him (such as “yeah” or “I’m thankful”). Well, Lynch gave us his latest classic interview at Super Bowl XLIX Media Day.

The NFL made it clear that if Lynch did not attend Super Bowl XLIX Media Day he would be fined upwards of $500,000. Even for an NFL running back and Super Bowl Champion that’s quite a bit of money. There was no way Lynch was going to pay that much money for skipping his interviews, especially when the league only requires three things to avoid the fine: Lynch has to show up, speak to the media, and stay for at least 4 and a half minutes. Easy, right?

Lynch has made it clear to the media in the past that he has no intention of telling them everything; however, every time there is an interview of his the media flocks to it.

Lynch’s first day of Media Week was short and straightforward. Lynch stayed his NFL required 4 and a half minutes, and he answered with “I’m just here so I won’t get fined” to every question he was asked.

The second day wasn’t much different. Lynch stayed the required time, this time answering every question of the media with “You know why I’m here.” 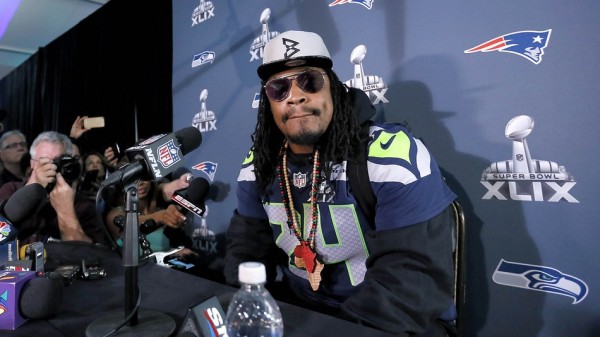 The third and final day of media availability got the most diverse vocabulary out of the Seahawks running back. Lynch starting his interview with a rant beginning with a simple question for all the media in attendance: “Why are y’all here?” Although Lynch had made it clear over the past two days that he would not be answering any questions, the media still insisted on showing up; and he had no problem calling them out for it.

Lynch continued to explain that he is tired of the way he is portrayed in and by the media who, according to Lynch, make no effort to learn about the real him. However, Lynch doesn’t really care because he knows that the media cannot change his family, friends, and teammates’ opinions about him; so as far as he’s concerned they can paint him any way they want. Lynch then proceed to sit there and stare at the media for the rest of his required time.

You really can’t blame Lynch for wanting nothing to do with the media. As he has explained before, Lynch simply wants to play football. He’s not a fan of the way the media turns players’ words against them, so he chooses to say very little.

The real problem here isn’t Lynch, it’s the NFL and their weird obsession with controlling him. Sure, the NFL wants players to talk in order to promote the league and its teams; but the media has plenty to cover and the fans have plenty to listen to with the other players and coaches—they really don’t need Lynch to talk. Obviously Lynch is a big name player in the NFL and people care about what he has to say, but he doesn’t have anything to say so move along. 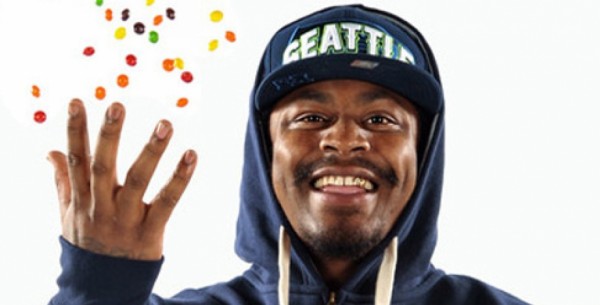 Simply moving on to the next player isn’t good enough for Roger Goodell though. He has to have complete control over what Lynch is doing. Whether fining him for not showing up to a press conference, threatening to eject him for wearing gold cleats in a game, or potentially fining him for wearing a Beast Mode hat during the press conference that he was forced to attend in the first play, Goodell just can’t leave Lynch alone.

Until Lynch stops being one of the best running backs in the league, he has no reason to answer questions about his game. The man just wants to go out there and win football games—leave him alone and let him do his thing.