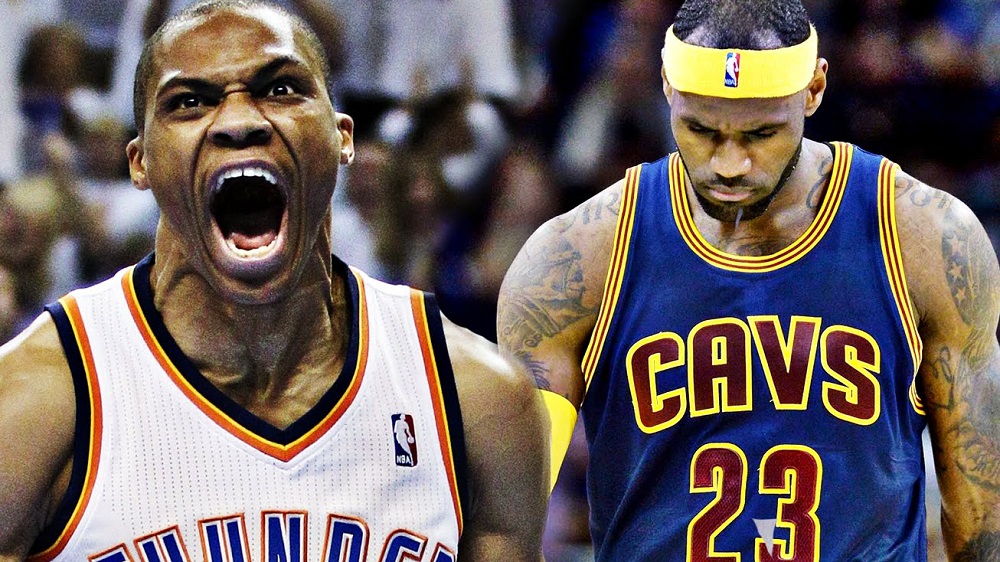 The NBA season may be young, but there are already two frontrunners for MVP: Cleveland Cavaliers forward LeBron James and Oklahoma City Thunder guard Russell Westbrook.

With Kevin Durant leaving to join the Golden State Warriors over the offseason, Westbrook had to step up and take complete control of the offense in order to keep the team afloat. So far, he has overachieved, averaging a triple-double (31 points, 10.9 rebounds, and 11.3 assists) through the first quarter of the season.

LeBron, on the other hand, is LeBron. However, when asked if he could ever manage a triple-double average over the course of an entire season, James gave Westbrook a glowing endorsement.

“Nah,” said LeBron, shooting down the idea that he could copy Westbrook’s stat line consistently. “Westbrook can do it. He’s capable of doing it, he’s showing it. He’s like the Energizer Bunny, man. He doesn’t get tired. When you have the passion for the game as well, it’s very doable. His athleticism being able to go get those rebounds, he handles the ball for the majority of the game, he shoots nine free throws a game…it’s very doable.”

“I know there’s so much talk about Russell and what he’s doing because what he’s doing is really incredible, remarkable,” said Thunder head coach Billy Donovan. “Obviously the league hasn’t seen something like this in a long, long time.”

A long, long time is right. In fact, the legendary Oscar Robertson is the only player in NBA history to average a triple-double, and that was all the way back in the 1961-1962 season.

Westbrook is second in the league in assists this season and second in scoring behind New Orleans Pelicans superstar Anthony Davis. While we fascinate over the triple-doubles, Westbrook could also be the first player to match Nate “Tiny” Archibald in leading the league in scoring and assists in the same season. It’s been 43 years since Archibald did that.

Westbrook may be able to average the triple-double, but AD23 is tough competition for scoring champion.