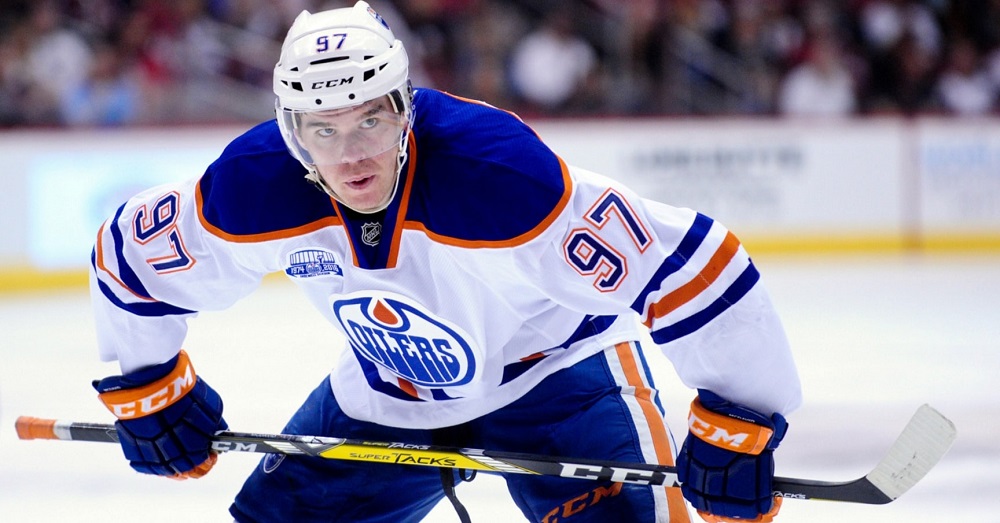 The Edmonton Oilers entered the 2016/17 season a couple months ago with a little bit of hype. Connor McDavid was entering his 2nd season healthy, the Oilers had a new building, they had an improved supporting cast behind their star player, and the Oilers were looking great as far as pre-season results went. Edmonton’s fan base does, in fact, have things to be happy about this season, however, the truth with the Oilers is starting to become clear: they are a slightly-improved team compared to recent seasons and yet they still aren’t all that good. Playing in the Pacific Division, which has yet to see a bright light emerge, may be what saves the Oilers but I think they’d be smart to start working on deals.

Edmonton entered Thursday as the 12th-best team in the NHL from the averaged-out point of view of the NHL pundits that have input into the Super 16. Dan Rosen, describing the poor side of Edmonton, stated that “Rookie forward Jesse Puljujarvi has clearly struggled to gain the trust of coach Todd McLellan.” Puljujarvi was a player I identified as overrated heading into the season. There was something overly optimistic to me about promoting an 18-year old teenager from Finland’s Liiga to the NHL with any expectation that he could do anything except play on the fourth line. The decision to give the Finn meaningful minutes was a flag in my mind.

The Oilers entered Thursday with an even straight-up record at 14-14 (i.e. 14-10-4), and they came out on the bad side of .500 if you go by straight wins and losses. Edmonton, despite a two-goal third-period lead against the Philadelphia Flyers dropped the game 6-5. That they are still in first place in the Pacific Division is a reflection of two things. Firstly, the Oilers have played three more games than second-placed San Jose. Secondly, the Pacific Division just isn’t that good as a whole. The former point might see Edmonton drop down in the standings. The latter point may make the Oilers relevant in the post-season picture yet.

However, Edmonton look particularly vulnerable to a slide in the weeks ahead. Remember, this is a team that was 7-1 straight-up out of the starting gates. Since then they’ve gone just 7-14 while Calgary and Los Angeles, besides San Jose and Anaheim, are starting to play better. If you put stock in recent trends as the ones most likely to continue then you might see Edmonton sink down to 5th in the division sooner than later. That could lead to an unraveling in Edmonton and guess who is going to take the blame for that?

Here’s some hints. Not teenager and leading scorer Connor McDavid with his league-leading 36 points on the season. Not 21-year old and overachieving Leon Draisaitl with 22 points on the season. After that, I see an underachiever in Ryan Nugent-Hopkins. He’s less than a half-point per game on the season thus far, and he went -3 with no goals or assists in Thursday’s loss. The Oilers could definitely use some better defense. Cam Talbot’s .914 save percentage and 2.60 GAA isn’t cutting it either.

If Edmonton management was going to shop around, then Nuge and Puljujarvi for a defenseman might work. Nuge was in the trade gossip back in the summer and, I don’t know, maybe that hurt his feelings or something. #TradeNuge is a little bit of a thing on Twitter, and both he and Puljujarvi are entirely marketable to a rebuilding franchise. A solid defenseman or even just a better back-up goalie might be what Edmonton needs to limit their goals against.

All I know for sure is what I learned about Edmonton in the thirty years I lived there. If the Oilers settle into a .333 straight-up winning percentage (last 21 games) for much longer, then the cold winters are going to make the locals grumpier than normal. They might be used to losing hockey teams, but this was supposed to be the season that things turned around after all the futility. It’s certainly not too late, but something has to change, or else Edmontonians will settle on either GM Peter Chiarelli or coach Todd McLellan as arch-enemy number one, depending on who is better able to deflect attention away from himself.