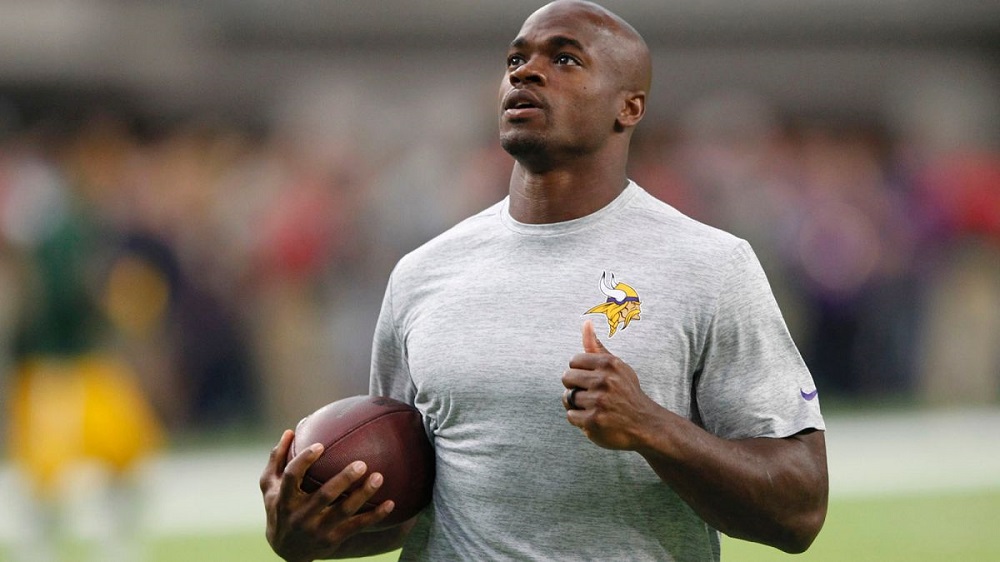 Before the 2016 NFL season started, Minnesota Vikings quarterback Teddy Bridgewater almost lost his leg. The Vikings still won their first game. Then, in Week Two, Adrian Peterson tore his meniscus in the team’s 17-14 upset of the Green Bay Packers.

The loss of the 2012 NFL MVP didn’t seem to set the Vikings back, however, as they went on to win their first five games.

Then things turned sour as the Vikes dropped four straight. With a loss to the Dallas Cowboys last Thursday, the Vikings are sitting on a 6-6 record. Fortunately, thanks to the league’s Injured Reserve rules, Peterson has been eligible to return since Week 11.

But will he? Well, that depends.

“I’m thinking that we’re going to make the playoffs, so that’s what I’m keeping my mindset on,” said Peterson when asked about a potential return in 2016. “So, if that’s not the case a week or two from now, we can settle back around.”

Basically, AP is targeting a return Week 15 or 16, but he would consider any comeback this season “pointless” if it doesn’t culminate in a trip to the playoffs.

“Obviously, if we lose two games, we’re out,” continued Peterson. “So we’ll just play it by ear.”

The Tampa Bay Buccaneers are sitting one game ahead of the Vikings for the final Wild Card slot in the NFC, and with the Washington Redskins (6-5-1), Green Bay Packers (6-6), Arizona Cardinals (5-6-1), New Orleans Saints (5-7), and Philadelphia Eagles (5-7) on their tails, one more loss could really spell doom for postseason football in Minnesota.

“The guys that are out here, I’m trying to coach the best I can,” said Vikings head coach Mike Zimmer. “If he comes out, I’ll try to coach him the best I can, whenever that is.”

An AP return would be huge for the Vikings run game, which is currently dead last in the NFL. The rest of the team, however, will need to turn things around if they want to see their superstar running back out on the field in 2016.