Home All News Roger Goodell’s ‘State of the NFL’ Address Recap: Nothing Will Change 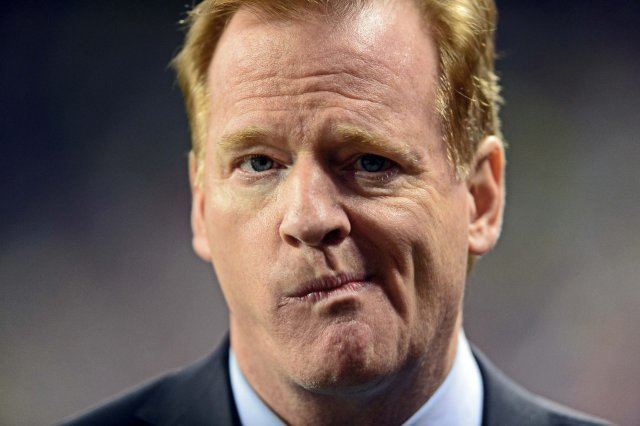 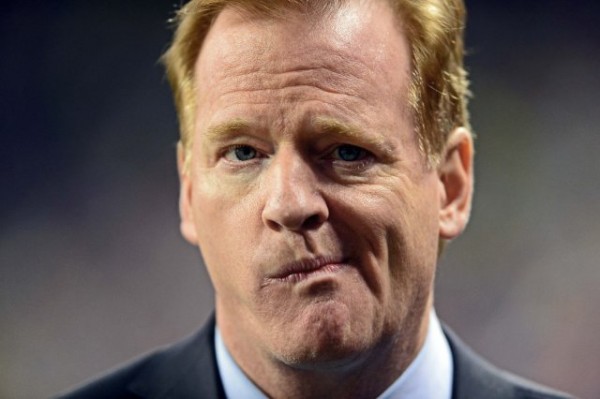 Roger Goodell held his annual State Of The NFL Address Friday. He opened up with the usual positive notes about the season and the upcoming Super Bowl this Sunday. Goodell did mention the challenges of the 2014 season and stated that the NFL is making real progress on the issues that embarrassed the league this past year. You can check out his full Q&A below too.

Player safety is still a huge issue in the NFL, even though that may have been overshadowed this year with domestic violence and now Deflategate popping up. Commissioner Goodell made several points about how player safety has improved with the new rules in place. He reported that concussions have decreased again this past year making it a three year trend in the right direction. The lower number of defenseless player hits made concussions go down and players are going for head shots less and less. This is good news for the league obviously and any fan should be able to appreciate that fact even though we hate to see too many flags for hits that used to be legal. A chief medical officer position has been created as well according to the commish. I don’t know the salary of this person, but it will be well worth getting the right person to direct all the medical issues going forward.

A few mentions of new technology were made during the address. Much of the old technology will finally get upgraded next season I believe. The Pro Bowl, a game that no one cares about, was a good place to try out some tablets on the field for officials. The dark ages of a hooded on field screen are about over.

Plans are in the works to have a regular season game streamed online as soon as possible. That would cater to folks all over the world and to those who have cut the cable cord in the USA.

Some tweaks to the extra point system could come next year also. The kicks are not an automatic, but the kickers have become so good that the challenge needs to be taken up a notch.

Goodell would have liked to skip over any deflated football talk but he mentioned the independent investigation that is ongoing. Poor Roger just can’t get away from all these controversies. It’s a good thing he gets paid $40 million a year. That should relieve some of the stress.

After Goodell’s opening statements he took on questions from reporters. Here are some of the highlights of those that caught my attention.

Goodell was asked how he felt about Robert Kraft calling for an apology from the league once the investigation into DeflateGate finds no guilt with Brady or Belichick. The commissioner basically said it was his job to find the truth and do so fairly. The “fairly” part was a wink to Kraft in my opinion, silently saying that his old buddy from new England need not worry about the findings of the investigation.

Every single year the question of a franchise in Los Angeles is brought up. Goodell has to be more tired of hearing it than I am. Apparently no one really cares or there would already be a team in L.A. The Rams are one possible team that could end up there though. I will believe it when I see a moving truck start unloading equipment at a new stadium.

Marshawn Lynch‘s name sure pops up a lot for a guy who doesn’t say much. Goodell said it was each players’ obligation to engage with the media. Lynch was no exception according to Boss Rog. Goodell said that fans are curious about the players and want to hear them speak. Lynch has made people even more curious by his lack of talk…oh and the way he balls on the field. The latter is more important to me. 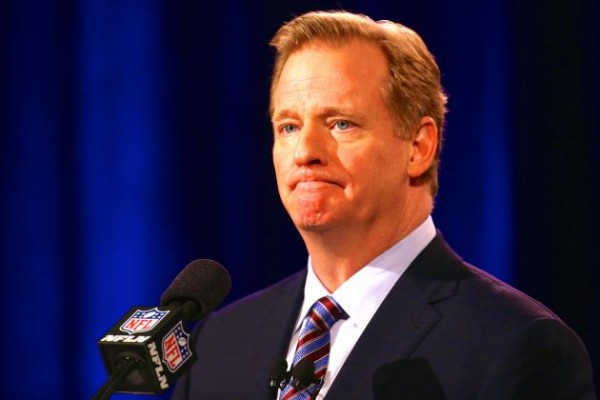 Goodell was a bit irritated by the question about the integrity of the Patriots‘ deflated ball investigation. Robert Kraft is one of Goodell’s bosses so how can the commissioner be trusted to do a proper investigation, no matter who is hired to do the legwork. Goodell’s answer was a standard one, “Ted Wells’ (DeflateGate investigator) integrity is impeccable.” I don’t know how the NFL can look truthful in these investigations, but just hiring people they simply say are “honest” is not it.

Player relations was a topic that has haunted Goodell and he had to address it once again. He has run roughshod over the player union ever since he came into power. The perception is that he is all about the money and mainly cares about player safety because of the legal costs.

One reporter asked the most unexciting question of the whole session when he asked the commissioner, “How did he play 60 today,” referring to the NFL’s quest to get kids more active. I only mention it because I think this program is a great one since we are the fattest nation in the world and lazy kids make for obese adults. Goodell made sure he mentioned how long he was on the elliptical and how early he got to the gym. Nice, Roger.

The question of ignorance not being an excuse with the Saints and BountyGate came up about the Patriots’ deflated balls. This ignorance question has been brought up before and Goodell has had time to twist his answer, saying that different cases can’t be compared to each other. Nice side step.

The most interesting question was this: “Has the NFL ever tested the air pressure of footballs in the middle of the game, and how important is that as a frame of reference in the Patriots’ investigation?” Goodell played dumb, asking for clarification to a pretty straightforward question. He then said he didn’t know the answer to that! How that is possible I have no idea. The biggest scandal of the year relating to on field actions, and this basic question was never asked by Goodell of his underlings. He has to know the answer, but he is getting better at giving non answers after the Ray Rice fiasco. 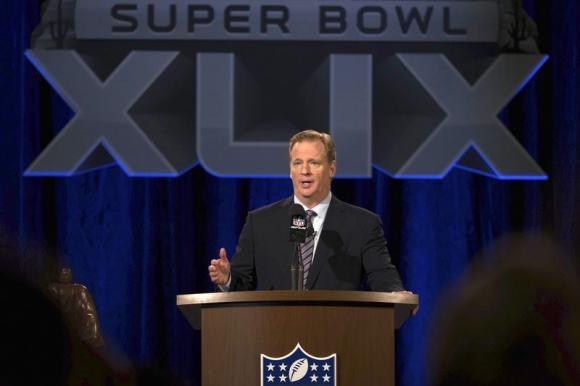 The commissioner was asked about Richard Sherman’s comments on Goodell having close personal relationships with specific owners like Robert Kraft. He said he has to be part of events like the AFC Championship party at Kraft’s home as that is part of his role. This is true, but it won’t stop players like Sherman and fans from questioning his integrity. There is corruption in all big corporations and the good ole boy network exists at every turn. The NFL is no different and the higher up you go, the more corruption you usually find.

The commish wrapped up the address by thanking all involved in Arizona for making the Super Bowl event possible. He likely headed directly for the hotel gym to work off stress from the Q & A session on that elliptical.