With Super Bowl XLIX coming up this Sunday, now is a good time to look back on all the best moments that the Super Bowl has had to offer over its 48 year history. So in preparation for Super Bowl XLIX, here’s a list of the top 10 most memorable moments in Super Bowl history:

10. The “Broken Play”—Super Bowl XXV: The New York Giants weren’t exactly the favorites heading into the Big Game against the Buffalo Bills, but with lots of running and patient football they were able to pull off the 20-19 upset over Buffalo. The best moment from this game was Wide Receiver Mark Ingram’s 3rd and 13 conversion which included 5 broken tackles to set up the game-winning touchdown.

9.  Marcus Allen—Super Bowl XVIII: The defending Super Bowl Champion Washington Redskins were supposed to run away with this Super Bowl, but instead Oakland Raiders running back Marcus Allen ran all over them. Allen burned the defending champs for 191 rushing yards, including a beautiful 74 yard touchdown run. The Raiders won 35-9.

8.  Lynn Swann—Super Bowl X: The Pittsburgh Steelers saw many great performances during their four Super Bowls in the 70s, but Lynn Swann’s 161 yards against the Dallas Cowboys might just be the best. Swann only made four receptions, but that was enough to propel the Steelers to a 21-17 victory and to earn him Super Bowl MVP honors.

6.  Hakeem Nicks Sideline Catch—Super Bowl XLVI: New York Giants wide receivers make this list twice. Hakeem Nicks reeled in an amazing catch along the sideline late in the fourth quarter which led to the Giants second Super Bowl victory over the New England Patriots in five years. This wasn’t Nicks’s only spectacular catch of the game either, he certainly gave fans their money’s worth. 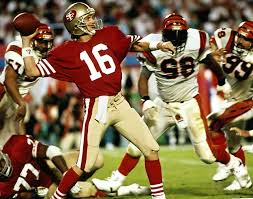 5.  Joe Montana to John Taylor—Super Bowl XXIII: The Cincinnati Bengals took the lead with about three minutes left, and they could already feel the Lombardi Trophy. Unfortunately for the Bengals, Joe Montana had other plans. Montana led the San Francisco 49ers on a beautiful 92 yard drive with a touchdown to John Taylor clinching the victory with 35 seconds left.

4.  Tracy Porter’s Game-Sealing Pick Six—Super Bowl XLIV: It was a miracle that the New Orleans Saints could even make a Super Bowl, never mind beat the best quarterback of all time in Peyton Manning and his Indianapolis Colts. Well the Colts were driving down the field in an attempt to tie the game, Tracy Porter jumped in front of Reggie Wayne and brought the ball back 74 yards to seal the victory.

3.  Santonio Holmes End Zone Snag: One of the best catches in Super Bowl history came with only 35 seconds left in the game. After a holding penalty in the end zone game the Arizona Cardinals 2 points and the ball, Kurt Warner and Larry Fitzgerald lead the team to a 23-20 lead over the Pittsburgh Steelers. Unfortunately for the Cardinals, the Steelers didn’t give up. A perfect pass from Ben Roethlisberger to Santonio Holmes in the back of the end zone sealed the game for the Steelers.

2.  The Longest Yard—Super Bowl XXXIV: Talk about drama. The St. Louis Rams took a 23-16 lead over the Tennessee Titans. Titans quarterback Steve McNair brought the Titans from their own 12 yard line all the way to the Rams 10 with six seconds left. On the last play of the game, Kevin Dyson was tackled by Rams linebacker Mike Jones one yard shy of the end zone.

1.  David Tyree’s Miracle Helmet Catch—Super Bowl XLII: This is, in my opinion, the greatest play in NFL history. Eli Manning avoided three sacks, somehow escaped the New England Patriots defensive line’s grasp on his jersey, scrambled away, and launched one down the field for David Tyree who was tightly covered by Rodney Harrison. Tyree pinned the ball against his helmet for a miracle 32 yard completion. The New York Giants went on to win 17-14, handing the 18-0 Patriots their first and only loss of the season.

Chris Mauricehttps://movietvtechgeeks.com/
Chris covers everything NBA, NFL and NCAA with his weekly recaps, highlights and anything else he thinks you'll want to know about and more than likely things you don't want to hear about your favorite team. His take no prisoners opinion gets some fans worked up, but that's because he's almost always right.

When It Comes to Having Kids, the Only Timeline That Matters Is Yours