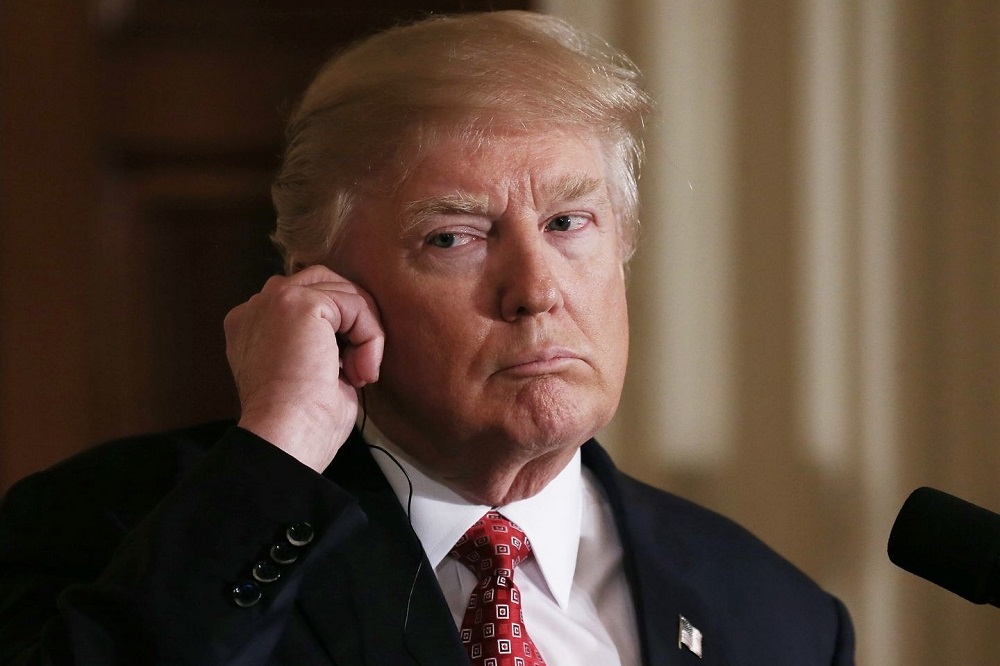 One thing about politicians whether they’re Republican or Democrat; they know when to steer clear of a mess, and the Republicans are keeping a great distance from Donald Trump‘s claim that Barack Obama wiretapped Trump Tower.

In something that could have been cleared up very quickly, Trump has allowed it to snowball into a quagmire, and his party isn’t about to dip their toes into his manmade swamp. Anyone knowing Trump isn’t surprised that he won’t relent and admit he was wrong, so this is where things stand now.

The chairman of the House intelligence committee stated on Wednesday that they had found no evidence to support Trump’s claims about being wiretapped.

“We don’t have any evidence that that took place,” Rep. Devin Nunes, R-Calif., said in a press conference on Capitol Hill. “I don’t believe, just in the last week of time, the people we’ve talked to, I don’t believe there was an actual tap of Trump Tower.”

“We still want the Justice Department to respond to our letter,” the committee’s top Democrat, Rep. Adam Schiff of California, said at Wednesday’s press conference. “We’ve given them until March 20, we’re both willing to use compulsory process if that’s necessary, though neither of us, I think, believe that will be necessary.” 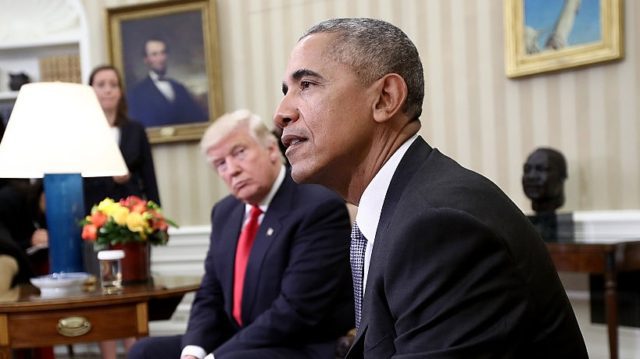 President Donald Trump’s explosive allegation that Barack Obama wiretapped his New York skyscraper during the presidential campaign has left him increasingly isolated, with allies on Capitol Hill and within his own administration offering no evidence to back him up.

On Wednesday, Attorney General Jeff Sessions said he had not given Trump any reason to believe he was wiretapped by President Obama. Republican Rep. Devin Nunes, chairman of the House intelligence committee, said he had seen no information to support the claim and then went further. He suggested the U.S. president’s assertion, made in a series of March 4 tweets, should not be taken at face value.

“Are you going to take the tweets literally?” Nunes said. “If so, clearly the president was wrong.”

Trump’s allegations have put him in a potentially perilous position as congressional investigations into Russia’s involvement in the 2016 election – and possible Russian contacts with Trump associates – ramp up. The FBI is also investigating.

If no evidence of wiretapping at Trump Tower emerges, his credibility would be newly damaged. If there is proof that the Obama administration approved monitoring of Trump or his associates, that would suggest the government had reason to be suspicious of their contacts with Russia, and a judge had approved the surveillance.

The president, who appears to have made his allegation in a burst of anger, has asked lawmakers to investigate the claim. Lawmakers have since turned the question back toward the administration, asking the Justice Department to provide evidence of wiretapping activity.

The Justice Department missed a Monday deadline for providing the information to the House and was given a one-week extension.

Sen. Lindsey Graham, R-S.C., who heads the Judiciary Committee’s crime and terrorism subcommittee, said he was told Wednesday the FBI will provide a classified briefing on the matter “at some time in the future.” Graham has previously said he would use subpoena power to get information from the FBI about whether a warrant was issued allowing the Obama administration to tap Trump’s phones during the campaign.

Longtime Trump adviser Roger Stone told media outlets Wednesday that he believes his own online exchanges with a Russian-linked hacker were obtained through a special warrant that allows the government to collect the communications of people suspected of being agents of a foreign nation. Stone communicated through Twitter direct messages with Guccifer 2.0, a hacker who has claimed responsibility for breaching the Democratic National Committee.

Stone said he was unaware at the time that U.S. officials believed the hacker had ties to Russia. He said he is willing to testify before any congressional committee that holds its hearings “in public and not behind closed doors.”

Ahead of the hearing, the committee sent a letter to the FBI, CIA and the National Security Agency requesting details by Friday about Americans who surfaced in intelligence collections last year.

Identities of Americans who show up in U.S. surveillance against foreign targets are generally concealed but can be unmasked by intelligence agencies in certain circumstances. Those include situations when the communications contain information that a crime has or is about to be committed, when the Americans’ identity is necessary to understand the importance of the foreign intelligence collected or when the communication provides information that an American may be an agent of a foreign power.

Asked whether Trump’s communications may have been swept up in surveillance, Nunes said it was “very possible.”

Sessions, a staunch supporter of Trump during the campaign, recused himself earlier this month from the Russia investigations after it was revealed that he did not disclose his own contacts with Russia’s ambassador to the United States. Asked Wednesday if he had ever briefed Trump on the investigation or given the president any reason to believe he had been wiretapped by the Obama administration, Sessions said, “The answer is no.”

Trump hasn’t answered any questions about his allegations against Obama, leaving it to White House aides to explain his inflammatory statements.

The White House appeared to be backing away from Trump’s claims on Monday, with spokesman Sean Spicer saying the president was referring to general surveillance that may have been approved by the Obama administration. On Tuesday, Spicer said the president was “extremely confident” the Justice Department would provide evidence vindicating him.

Graham and Iowa Republican Sen. Chuck Grassley have both said they will hold up hearings for Rod Rosenstein, Trump’s nominee to serve as deputy attorney general unless they get more information from the FBI. Given Sessions’ recusal, Rosenstein would take over responsibility for any probes touching the Trump campaign and Russia’s election meddling if he’s confirmed.

“It’s just too bad that we have to go to this length,” Grassley said.