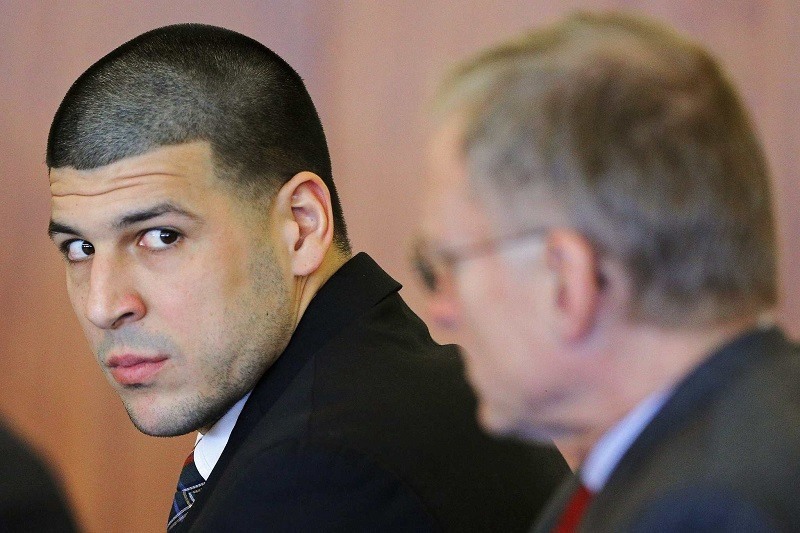 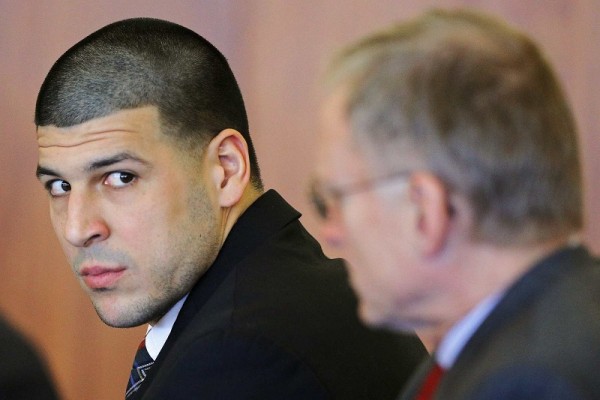 Each facet of Aaron Hernadez’s trials keep getting interesting, and this upcoming one in December looks to be like it could be difficult for a jury as the prosecutors are saying that Alexander Bradley threatened to kill him in the months after he allegedly shot Bradley in the face, in the pending double murder case against the former New England Patriots football player.

Earlier this week, we reported that Hernandez’s attorneys were filing for a new trial because they feel that one of the jurors might have considered evidence against him that wasn’t introduced at trial. His attorneys, have filed four motions asking that their client’s verdict be overturned because of this matter. In plain terms, they say that a jury found out something he or she shouldn’t have and used that in determining his guilt. With as much coverage as the arrest, indictment and trial had, it wouldn’t be too hard for something like that to happen. The documents have been sealed from the public, so it’s unclear what the juror was exposed too.

During the trial, Judge Garsh did rule to withhold certain evidence or testimony from the trail like the fact that Hernandez hadn’t been charged for a separate double-homicide or that one of the prosecutor’s witnesses alleged the football player shot him in the face to silence him. This evidence had been deemded too prejudicial against Hernandez.

Hernandez, 25, is slated to stand trial in Suffolk Superior Court in Boston in December on charges of murdering Daniel Abreu, 29, and Safiro Furtado, 28, in the city’s South End in July 2012.

Suffolk prosecutors have also charged Hernandez with shooting Bradley, his former friend and marijuana supplier, in Florida in February 2013, one day after Bradley made a comment about the South End double murder, according to court records.

In a recent legal filing made public on Friday, Suffolk prosecutors wrote that Hernandez and Bradley communicated by phone and text in the months after the alleged shooting in Florida.

“Specifically, Bradley threatened to kill and to sue” Hernandez, prosecutors wrote in their filing, which was a motion to combine the double murder indictment with the charge of shooting Bradley. A judge approved that request on Thursday.

Even though the alleged shooting of Bradley occurred in Florida, Suffolk prosecutors are charging Hernandez under a Massachusetts witness intimidation statute.

Lawyers for Hernandez, who is serving a life sentence for the June 2013 slaying of Odin L. Lloyd of Dorchester, could not be reached for comment Friday. Hernandez is appealing his conviction in the Lloyd case.

A lawyer for Bradley, who is jailed in Connecticut on unrelated gun charges, declined to discuss his client’s alleged threat to kill the once-promising athlete.

“I certainly don’t want to comment on anything,” said the attorney, Robert Pickering.

Bradley has filed a lawsuit in Florida against Hernandez, alleging that Hernandez shot him in the eye.

Bradley testified against Hernandez in the Lloyd trial and is also expected to take the stand in the double murder case in Boston. Authorities say he was a passenger in Hernandez’s vehicle when the athlete pulled up alongside a car carrying Abreu and Furtado and allegedly opened fire.