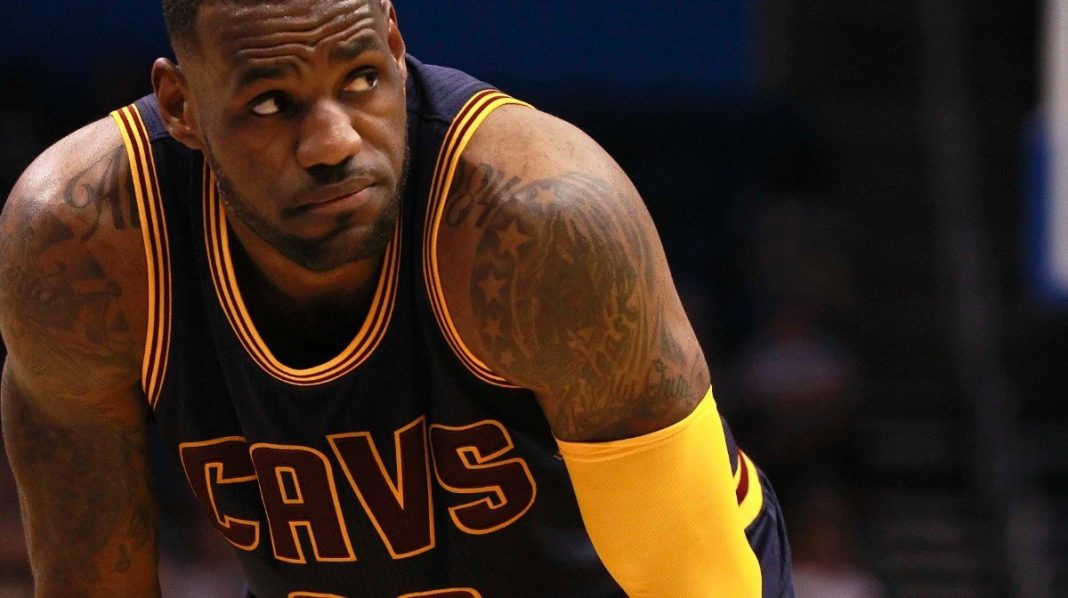 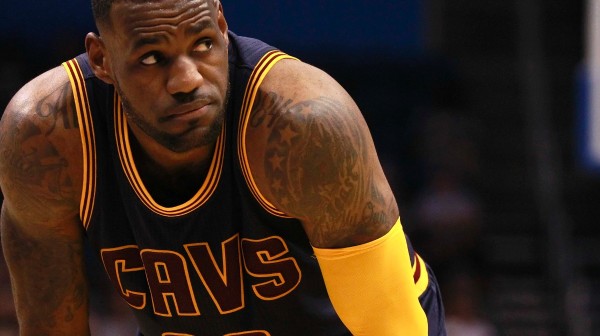 The Cleveland Cavaliers lost a close Game 1 against the Golden State Warriors 108-100 in overtime Thursday. As if going down 0-1 in the NBA Finals against the top team in the league wasn’t bad enough, the Cavs will now have to move forward without superstar point guard Kyrie Irving, who will be out for 3-4 months with a fractured knee cap.

Kevin Love went down in the Boston Celtics series with a shoulder injury, and now Irving is done for the season. With LeBron James the sole healthy star on the roster, the pressure on him to win a title for the city of Cleveland is only magnified.

James had the kind of game people expected him to have to start out his 6th consecutive Finals appearance, finishing with 44 points and a handful of clutch shots late in the 4th quarter. His final shot in regulation wasn’t the best look; however, and the overtime loss doesn’t make people forget about that.

“You know, it’s funny to say when a guy gets 44 points that the defender did a really good job, but I thought Andre did extremely well, made LeBron take some tough shots,” Kerr said after James misfired from 21 feet, the Warriors survived in regulation, thrived in overtime and took Game 1, 108-100.

The Cavs now have a huge problem with depth. The Warriors’ bench outscored Cleveland 34-9 in Game 1. Even worse, J.R. Smith scored all nine of those points…on 3-of-13 shooting.

The Warriors didn’t win 67 games by accident, they are an extremely versatile team who can beat you in multiple different ways. LeBron basically learned the hard way that he will need more than just himself if he expects to walk away with his third ring in four years.

The Warriors are too much for any one star to take on. I mean, Iggy off the bench? That’s not even fair. The only way the Cavs can win is by outperforming the Warriors bench. Basically, Smith needs to shoot the way he did against the Atlanta Hawks in each of the remaining games.

On top of that, the Cavs will need to win in Game 2. Thursday’s game could have gone either way, so with any luck Game 2 will be the Cavs best chance at upsetting the NBA’s top home team. Cleveland needs to win this series in six games if they want to win it.

With Irving now on the sideline next to Kevin Love, with J. R. Smith now the secondary option, James may on occasion need 60. He will need to take his talents to the rim, be better than ever.

Game 2 tips off at 8ET Sunday. Let’s see what The King can do to prevent his team from going down 0-2.