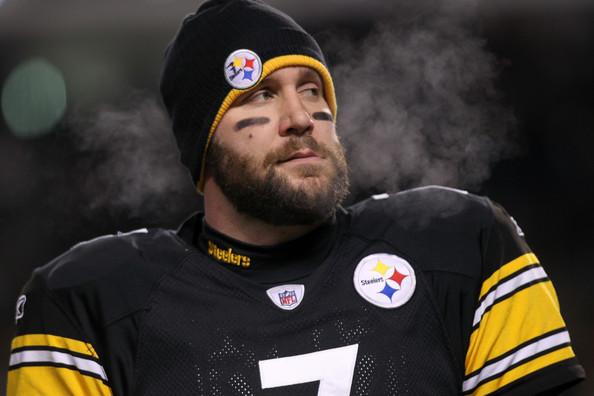 The Pittsburgh Steelers are one of the best franchises of the past 10 years, with three Super Bowl appearances and two Super Bowl victories since the 2005 season. Over the past two seasons, the Steelers had slipped off course of their greatness, finishing 8-8 in both 2012 and 2013. Well, the Steelers turned things around in 2014: Pittsburgh finished with an 11-5 record and another AFC North division championship. The AFC North was by far the toughest division in the NFL this season, and it actually came down to the Steelers Week 17 matchup against the Cincinnati Bengals in order to clinch the division crown.

The Steelers didn’t do nearly so well in the playoffs. Pittsburgh hosted their Wild Card round matchup against division rival Baltimore Ravens. Unfortunately for Steeler fans, the Ravens upset the home team 30-17 to advance to the AFC Divisional Round.

Sure, the Steelers season came to an abrupt end; but it was a great season overall. In fact, the 2014 Steelers became the first team in the history of the league to have a 4,500 yard passer (Ben Roethlisberger), a 1,300 yard rusher (Le’Veon Bell), and a 1,500 yard receiver (Antonio Brown) all in the same season. The Steelers also sent five of their players to the Pro Bowl—Bell, Brown, center Maurkice Pouncey, Roethlisberger, and linebacker Lawrence Timmons—four coming from their unexpectedly powerful offense.

The Steelers of the past won everything with a strong smash-mouth defense; however, this season the Steelers showed the potential to win games with a high-powered offense. In fact, at one point in the season Roethlisberger had a two game stretch in which he threw 12 touchdowns—an NFL record.

The Steelers showed the league that they have an offense ready to win; however, they could use a little help on the defensive side of the ball to replace their aging superstars. Here’s the Pittsburgh Steelers biggest needs in the 2015 NFL Draft:

Outside Linebacker: When Dick LeBeau was the Steelers defensive coordinator, he led them to two Super Bowl victories by emphasizing the pass rush and crafting a system that literally anyone was able to succeed in. While, LeBeau is gone, so now the Steelers will have to find slightly more talented players to put on the defensive line. 2015 will be a big one for Jarvis Jones—if he doesn’t put up big numbers the Steelers will certainly look to replace him. With the pass rushing talent in this draft, Pittsburgh may even consider picking up a solid player with their 22nd overall selection. Whoever they select will need to be able to start and contribute to the team immediately.

Safety: That’s right ladies and gentlemen—the Pittsburgh Steelers need to draft a safety. The Steelers defense needs a drastic make-over before the 2015 season, and this starts with the safety position. The fact of the matter is that come Week 1 Troy Polamalu will most likely not be the starting strong safety in Pittsburgh. For years now Polamalu has been the face (and hair) of the Steelers picture-perfect, Super Bowl winning defense. The man had a Hall of Fame caliber career; but he is way past his prime, and the Steelers seem to be ready to move on. Mike Mitchell still does not seem to have a great grip on the defensive system, so Shamarko Thomas seems to be the front runner for starting come Week 1. Thomas is a fan favorite in Pittsburgh, but a little competition from some young blood never hurts. Look for the Steelers to spend an early to mid-round selection on a quality strong safety to compete with Thomas for the job.