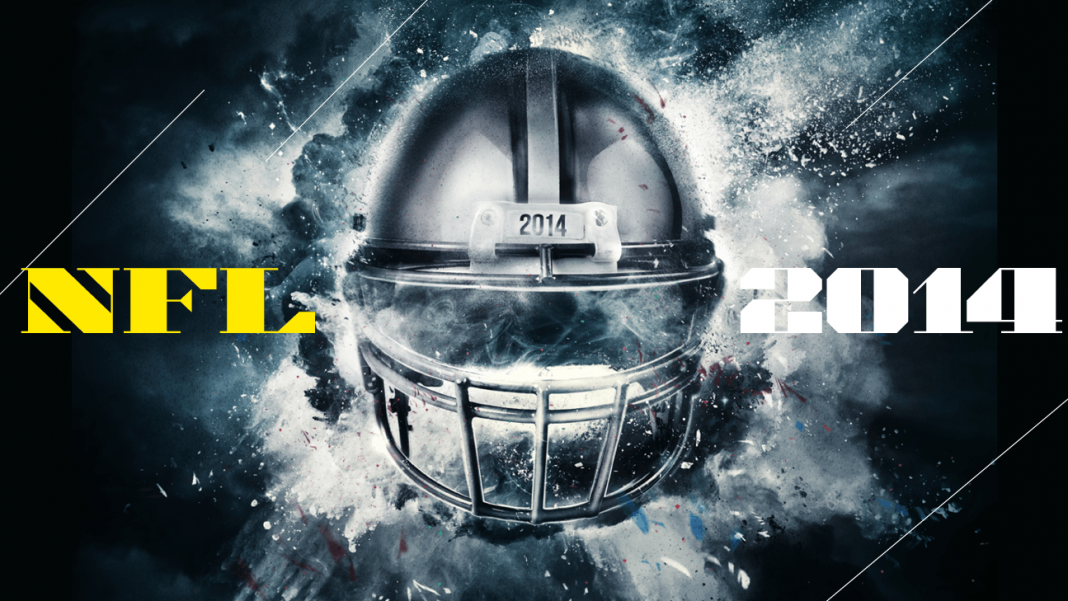 I am going to have to stop trying to figure out who is the best team in the NFL. It is impossible to do. Week to week things are totally different. It seems that three week runs of greatness is all that teams are capable of in 2014. That being said, the Steelers are going to win the Super Bowl. Kidding…they look awesome over the past two weeks and are on a three game win streak, but I am not hitching my wagon to them just yet. Week 10 could see another team emerge as dominant.

New England looks as good as anyone, including the Steelers. They surely are the same team with the no names on offense I was railing about earlier in the season. These wide outs are not likely to look so good in the playoffs. Their weaknesses will be exposed, but Belichick is good at covering up those deficiencies in the regular season. Especially when all they have to do is be better than Buffalo, Miami, and the Jets to win their division each year. All that said, Denver got whacked by the Patriots in Foxboro. This is not a new theme for Peyton Manning, who should hire a witch doctor of some sort to get rid of whatever Bradilchick curse that is on him. This game likely goes the other way in Denver, so the fight for home field in the AFC is extremely important between these two teams. Round 16 of the Brady v. Manning series goes to the Golden Boy, 43-21. A boxing ref would have stopped this series long ago as Manning has been on the losing side 11 of the 16 match ups.

The Saints are trying to resurrect their season. They beat the Panthers, who are on their way down in flames, 28-10. This was the first road win for New Orleans since November of 2013, so I wouldn’t hang any hopes on them if I were a betting man. Mark Ingram continued his hot play with another 100 yard game. Brees had a TD running the ball, a rarity, and another passing score.

Dallas, playing without Tony Romo, had nothing for Arizona. The Cardinals won this one 28-17 in a game that they controlled throughout. The Dallas rushing game should have been able to make up for Romo’s absence due to a back injury. However, backup Brandon Weeden looked like the backup he is, and offered no help to Murray’s rushing performance. Murray failed to reach 100 yards for the first time this season. The Cowboys get Jacksonville next week with no assurance of a Romo return. The Cardinals sit atop the NFC and have not lost to any other conference foe this year.

Philadelphia continued their winning ways with a 31-21 victory over Houston. Mark Sanchez filled in for Nick Foles who went out with a collar bone break and will miss at least four weeks. Sanchez played good enough for the win despite throwing two interceptions. This game caused Texans coach Bill O’Brien to tap Ryan Mallett as the starter for the foreseeable future. Ryan Fitzpatrick is getting worse and costing a great defense losses each week. “This could be the thing that helps our team”, said O’Brien. That is quite the understatement considering Fitzpatrick’s decline. Putting JJ Watt in at QB would likely help the team at this point.

Miami just made it official….San Diego was making fools of us who were on their bandwagon a few weeks ago. Same Chargers, same mid season free fall. The Dolphins destroyed the pretenders 37-0 in Miami. I don’t get how a team can look so dominant in the first part of the year and then fall off this badly. It is one thing to lose a game here and there. But 37-0 to Miami is a deeper issue. The Dolphins have played much better since Ryan Tannehill was openly criticized by his coach after poor play at the start of the season. He had three TD passes in this game and went for 288 yards.

Robert Griffin III made his triumphant return to the Redskins with a thud. They lost 29-26 to the Vikings as RG3 was sacked five times. That is bad news for a quarterback that is just coming back from a nasty injury. Look for the rest of 2014 to be a state of misery for Washington fans, players, and coaches. The Skins’ bus drivers are even having a tough season as well, crashing into each other before the game. No injuries in that incident thankfully.

Good news for Seattle fans. They scored some decent points on Sunday. Bad news is that they needed all of them and they were playing Oakland. The final was 30-24 and nothing to brag about, but a win is a win in the NFL. Seattle is 5-3 and the Raiders remain consistent at 0-8. It is looking inevitable that the Raiders will get the first pick in the 2015 draft. So another promising college player’s life will be ruined come draft night.

The Colts whipped the Giants handily 40-24. The G-Men were never close in this game unless you count pregame warm ups. Eli couldn’t keep up with Andrew Luck, as the third year stud threw for his seventh straight 300 yarder. That is better than the other Manning’s record as a Colt by the way.

Big Ben set an NFL record by throwing six touchdown passes for the second consecutive game. Twelve is better than any QB in the history of the league, as the Steelers were too much for hated rival Baltimore. This game was a big departure from the first meeting between these two teams in week two. The Ravens had dominated that game, with the Steelers having no offensive output to speak of. Pittsburgh made up for it with 43 points in this one while the Ravens managed only 23 in a losing effort. Roethlisberger is not going to go crazy with that many touchdown throws each week, but he is on a hell of a streak right now. Check that….they play the Jets next week. So he could throw seven touchdowns in that one.