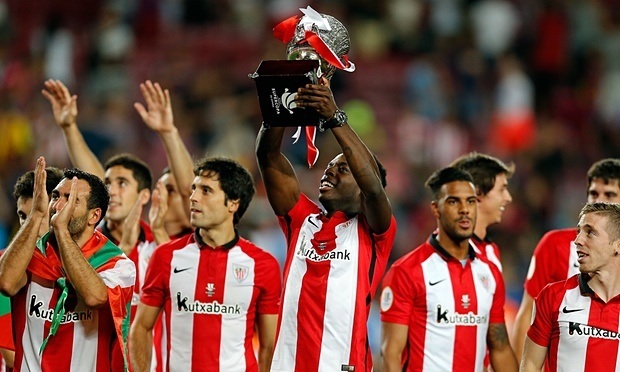 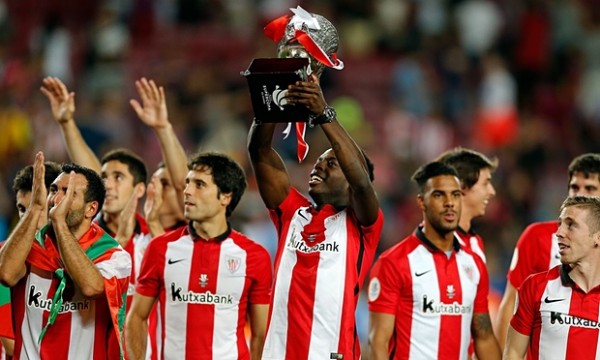 In the first leg of the Spanish Super Cup, Athletic Bilbao beat the Spanish and European champions 4 – 0. Many didn’t completely write off a comeback as no other team in the world is more capable than Barcelona when it comes to scoring goals.

The Catalan giants played fantastically in the first half and the deadlock was broken by none other than Lionel Messi, just two minutes before the half time break. Barca were still in control of the game right until the 56th minute, when Gerard Pique got himself sent off. The Spaniard verbally assaulted the linesman for which he got his marching orders.

In his post match report, the match referee Velasco Carballo mentioned that the defender shouted the following foul-mouthed tirade at the assistant referee.

“Fifty-five minutes in Barcelona’s No.3, Gerard Pique Bernabeu, was expelled for the following reason: shouting ‘I s*** on your w**** mother’ at the assistant,” his report reads.

Pique could face a ban up to 12 matches following this incident. Luis Enrique also claimed that his side had no chance of winning the cup after being reduced to ten men.

“I think we played very well,” Luis Enrique told reporters post-match. “We got Athletic doubting and I could see our opponents were starting to worry. That’s what we were after in this game. We competed and made a huge effort.

“But it all ended when Gerard Pique was sent off.”

The Barcelona boss congratulated Bilbao but he also claimed that their team is still very united and competitive.

“I can only say well done to Athletic for such a fine performance. Sometimes it’s good to lose in order to appreciate how hard it is to win,” he said.

He added: “The team is united and competitive. There is a very tough league campaign ahead of us. We want to keep bringing joy to the fans and we want to carry on being a team that sets standards around the world.”

Athletic Bilbao boss Valverde was ecstatic with his team’s victory. The coach also acknowledged the brilliance of the Spanish giants.

“The first half was tough because Barca pressed and pressed and they are a brilliant side,” Valverde told AS.

“Just when they were playing at their worst they scored and that breathed life into them. From the outside it might have appeared that we suffered, and when they scored, we did. We played well from the start of the second half and achieved what we set out to do.”

Valverde dedicated the trophy to the club’s fans, many of whom made the 600-kilometre-plus trip south-east for the momentous occasion.

“We finally achieved the title that these people deserved. Everything is what we saw in the cup final when we came to Camp Nou to play a final and see how our people came up here know what drag and what the Athletic. We know what this means for them.

“The most important of my team is solidarity and that [we] will never let you down. It is a requirement that we Athletic sometimes we do better or worse, but we know that we will roll forward.”

Barcelona will have the chance of avenging the loss in the Super Cup when they face Bilbao in the opening fixture of La Liga 2015/16 season.