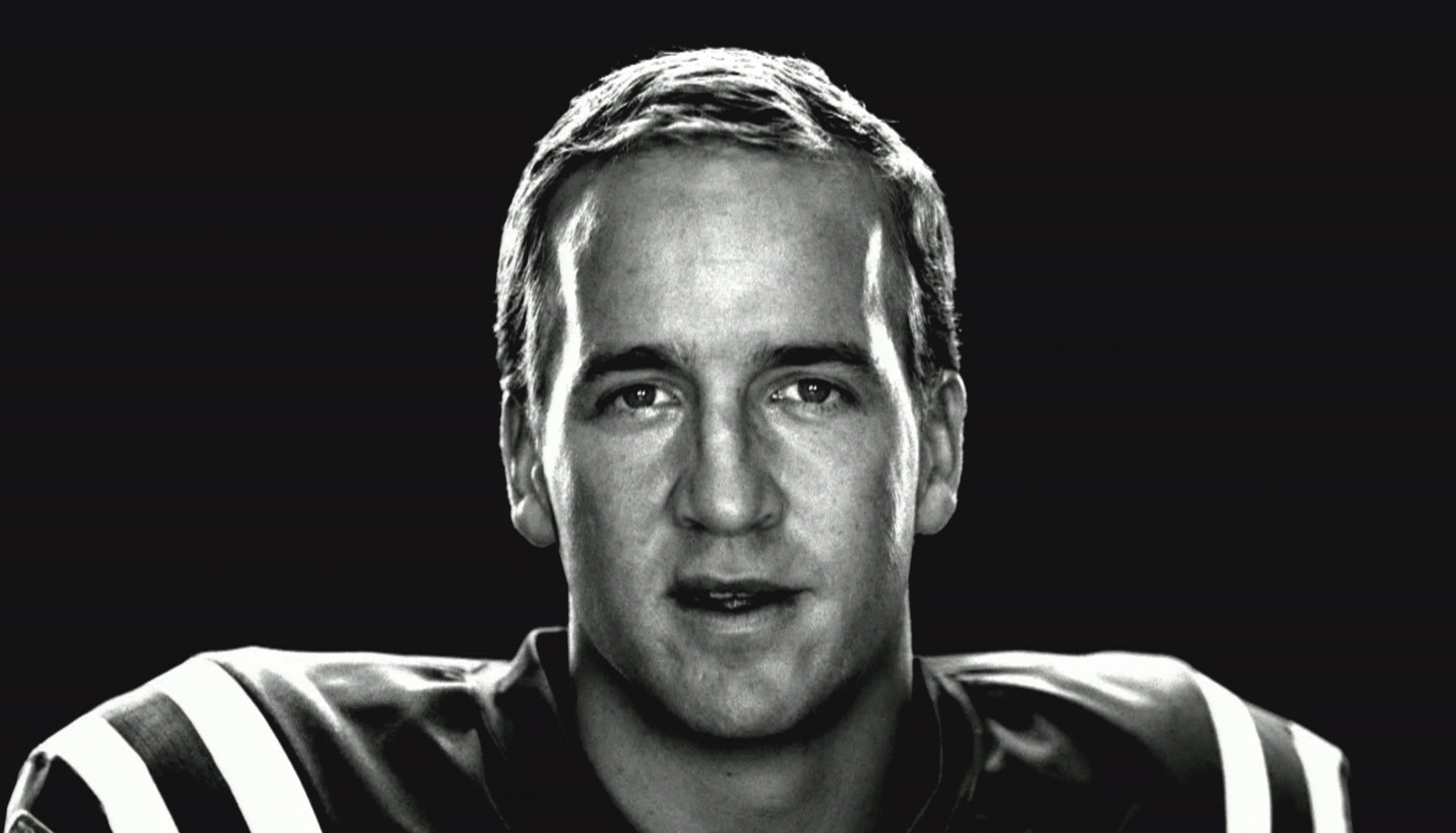 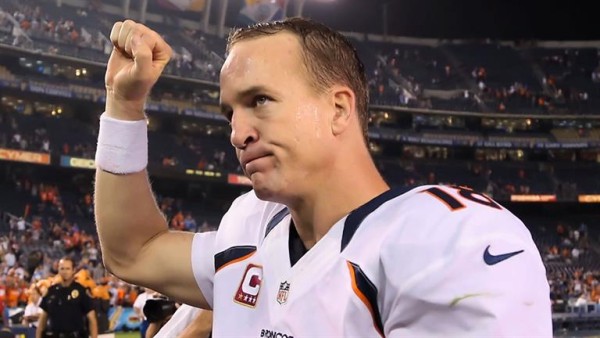 Peyton Manning now continues to own the all time record for touchdown passes. He went past big media favorite Brett Favre, who apparently is working full time on a farm in the deep south after his NFL retirement. Manning owns many a regular season passing record and it is fitting that he is now number one on the list of touchdown passers. His regular season play has been better than any QB in history and as long as he wants to stay in the game, he will claim one record after another. The question now is how many touchdown passes will he put between him and the rest of the quarterbacks that are even close to him. Favre isn’t going to throw anymore except in Wrangler commercials, so he is no threat.

What is most impressive about Manning’s TD record is the list of receivers he has connected with along the way. Some of these guys are lucky to have had such a quarterback to throw to them. Who knows how many receivers have spent an extra few seasons in the NFL as a result of having Manning delivering them the ball perfectly. There are 13 such players that Manning threw at least one touchdown to for part of his 530 TD record. Eric Decker had 13 scores from Manning in their short time together. Care to guess how many Decker has with Geno Smith in New York? Marvin Harrison was the biggest part of Manning’s touchdown record with 112 connections for six points. Those two will remain an all time tandem in the NFL, similar to Montana and Rice.

No matter the receiver, Peyton made them better. If a player was just another guy, then #18 made him good enough to make the team. A mid-level player seemed closer to top tier and very good receivers appeared as great. Great players like Harrison moved to Hall Of Fame worthy.

Manning didn’t get this record by being the freakiest athlete ever to call audibles. He is not a quarterback with scrambling ability or a decent 40 yard dash time. Obviously he has the frame of an NFL prototypical QB and is a decent athlete. But he has piled up records by using that big brain and Manning DNA. He is a student of the game and a master of his craft. That is how he got to 509 touchdowns and beyond. The fact that he is a grinder certainly helps as well. He has put in the time to be one of the best NFL quarterbacks ever. That should be a good lesson for any young athletes out there. You can outwork people that may be more talented than yourself. Manning is proof positive of that fact.

The debate on Peyton will now go back to what it has always been. Has he done enough in the postseason to earn the title of best ever. In my opinion, no. What he has done in the regular season has been unmatched. But he had some bad losses to the Patriots back in the day. And make no mistake, his Colts teams were more talented than New England at that point. Indy had better players period. Manning just couldn’t get past the Pats when it counted most. But to his credit, he finally did bury them in an unlikely come from behind playoff win that led the Colts to their eventual Super Bowl win against the Bears.

Peyton does need another Super Bowl win to erase any doubts about his ability to win when it counts the most. That may not hold true for Manning himself, but it is true for us pundits that like to go over these “what ifs” and “who is the greatest” debates. Football is the ultimate team sport. No other game depends so much on each player doing his job. There are eleven guys that can make or break a play, drive, or game. Football is a game of inches and it only takes one guy slipping up to cost a team the game. I put a lot of emphasis on how many Super Bowls that guys have in order to rank them historically. That is why I have Joe Montana at QB1 all-time. But at the same time, I realize what kind of team effort it takes to get through the playoffs then actually win the Super Bowl. Manning didn’t lose all those playoff games by himself, even though he did have some pretty bad performances.

How far out of reach this touchdown record will get is up to how long Manning chooses to keep playing. As long as he is healthy I am sure he can play at a high level for at least four more years. If he just averages 30 TDs a year that would be 135 more touchdown passes, including the rest of this season. That would likely put the mark out of the reach of Drew Brees and Tom Brady who are both at 377 touchdowns right now. Those are the only two active players within a reasonable distance of Manning’s numbers. The next closest guy is Peyton’s little brother, Eli. He is a million miles from the record with just 243 touchdowns.

I am glad to see Peyton get this record over Brett Favre. I was not a fan of old #4. I felt like the major media gave Favre a pass on being too reckless with the ball. From John Madden on down the line, they all loved Favre to a fault. Sure he threw lots of touchdowns and made some exciting plays, but he threw tons of interceptions. 336 of them in fact. Manning only has 222 picks with the same number of touchdowns. That tells me that Peyton is clearly better than the old gunslinger. I would take a guy with 114 fewer interceptions every time.

Discussions about Manning’s legacy will go on for a few years. This year’s Super Bowl outcome will be a big decider on how Peyton is viewed in the short term. If he and the Broncos are fortunate enough to get back there and actually win this time, then he will be pronounced best ever by many. But if they fail to become world champions again, he will still be in the best QB ever discussion long term. Dan Marino never got a NFL title, but everyone considers him one of the best quarterbacks to live. These are just subjective discussions that are fun for fans and analysts. But make no mistake, Peyton Manning studies the history of this great game as well. He knows full well how he is perceived and how he wants to be remembered. I am sure he appreciates the record he just broke. But he knows that it pales in comparison to leading his team to the ultimate goal come February 1, 2015. 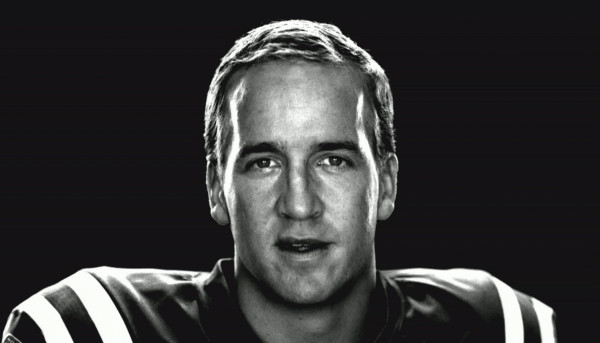 Since the AFL doesn’t get nearly as much coverage as the NFL, below are a few impressive states from that league after Manning’s impressive success.

Arena: Damian Harrell is the all-time leader with 357.

Arena: Orlando’s Rayshaun Kizer set the record with 16 picks in 2011.

Most combined points in single game

Most points by team in single season