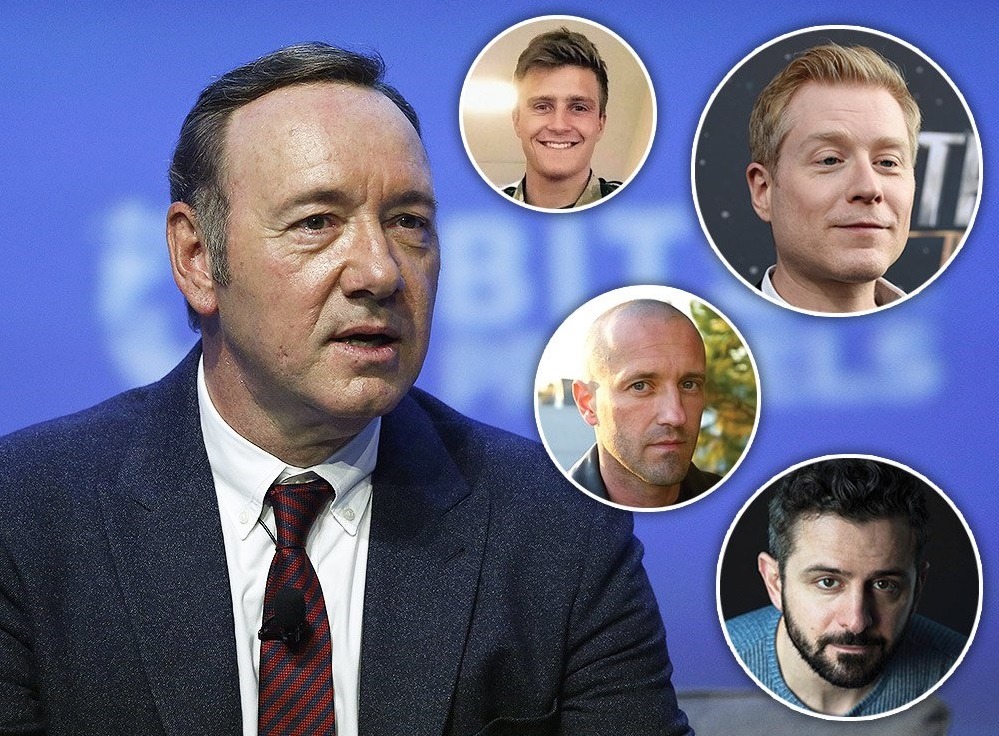 Harvey Weinstein has certainly helped things move at a breathtaking pace when it comes to people finally feel safe about speaking up about sexual harassment, and actor Kevin Spacey is caught right in the crosshairs now. He’s seen his career go from “House of Cards” suspending production to being fired in less than one week.

Now, another man has come forward about the actor.

The son of actor Richard Dreyfuss has accused Kevin Spacey of sexual misconduct, alleging that the House of Cards star molested him while his father was in the same room.

Harry Dreyfuss, who was 18 at the time of the incident, made the claims in an essay published by Buzzfeed. In it he described Spacey as a “sexual predator,” who felt “safe” to abuse him, knowing that he “wouldn’t say a word.”

The claims contribute to a growing sexual abuse scandal against Spacey, who has been dropped by House of Cards producers Netflix and is currently the subject of an investigation by police in London.

Dreyfuss claims that the alleged encounter happened in London in 2008 while his father was rehearsing for the play Complicit, which was being directed by Spacey during his tenure as artistic director of the Old Vic theatre.

“It happened one night when the three of us were alone in Kevin’s apartment rehearsing my father’s lines. My father didn’t see, and I didn’t tell him about the incident for many years,” he wrote.

Dreyfuss said that, during the rehearsal, Spacey repeatedly placed his hand on his thigh. He said that his father was unaware of the incident, as he was “deeply focused on his script.” Dreyfuss claims that when he moved to a different seat, Spacey followed him and continued to hold his thigh, before groping his crotch.

Dreyfuss added that he did not alert his father to the alleged incident as he feared that it might start a feud between his father and Spacey. “I didn’t want the play to be threatened,” he said.

“It just never occurred to me that Kevin would be interested in me in the first place. He was an adult man, a hero of mine, my dad’s boss, none of which were categories on my radar for sexual interactions. Besides, I thought, surely he can’t be coming on to me like this right in front of my dad,” he added.

Dreyfuss said he had sought to downplay the alleged incident in the nine years since it occurred by “telling people the story at parties for laughs.” He said that he finally felt emboldened to speak publicly after hearing the claims against Harvey Weinstein. “I came to see how important it is to add my voice to the people who are demanding a better world. A world in which powerful men are no longer allowed to feel safe to do this, or far worse,” he wrote.

In a statement to Buzzfeed, Spacey’s lawyer Bryan Freedman said that the actor “absolutely denies the allegations” made by Dreyfuss.

Richard Dreyfuss, who Harry says was first told of the incident four or five years after it happened, tweeted that he was “incredibly proud” of his son for coming forward.

I love my son @harrydreyfuss more than I could explain with all the words in the world. And I am so incredibly proud of him right now. https://t.co/iLOxTxPe4n

In the past fortnight, Spacey has been accused of sexual assault and harassment by at least ten individuals. In an article published by Buzzfeed on Friday, the actor was accused of sexual abuse by three men. Other men to have accused Spacey of assault include the actor Anthony Rapp and multiple crew members on the Netflix drama House of Cards.

Spacey responded to Rapp in a statement last week, in which said that he did not remember the incident, but if it did happen it was likely due to “deeply inappropriate drunken behavior” for which he apologized. He has not yet responded to any of the other allegations. A representative for the actor said last week that he was “taking the time necessary to seek evaluation and treatment.”

On Friday Netflix announced that it would no longer work with Spacey on House of Cards and had cancelled the release of a biopic of writer Gore Vidal, which Spacey had produced and starred in. Spacey’s publicist has also announced that she had severed ties with the actor.

Meanwhile, officers in Scotland Yard’s child abuse and sexual offenses team have confirmed that they are currently investigating a 2008 allegation of sexual assault believe to have been made against Spacey. Police did not identify the actor by name but said that it was looking into a claim that “a man assaulted another man in 2008 in Lambeth”. 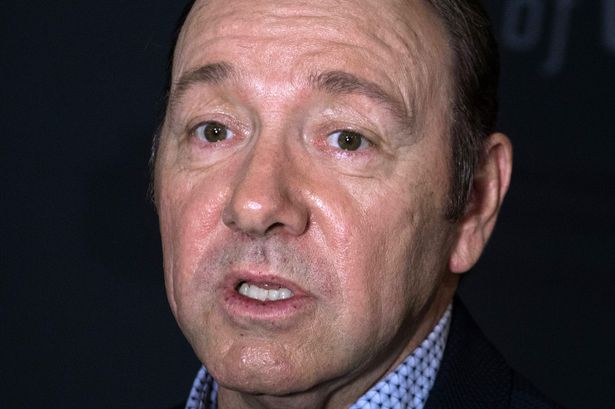 It took less than a week for two-time Oscar winner Kevin Spacey to go from admired stage, TV and film star to a pariah, under investigation by the police and fired from his Emmy-winning role in “House of Cards.” Here’s a look at key developments in his still-unfolding case.

In an interview with BuzzFeed, actor Anthony Rapp said he attended a party at Spacey’s New York apartment in 1986 when he was 14. At the end of the night, an inebriated Spacey picked him up, placed him on his bed, and climbed on top of him, Rapp said. Rapp said the 26-year-old was holding him down tightly, but he was able to get away and left the apartment. Rapp said he was inspired to come forward in the wake of allegations swirling around Harvey Weinstein.

Spacey posted on Twitter that he didn’t remember the Rapp encounter. “But if I did behave then as he describes, I owe him the sincerest apology for what would have been deeply inappropriate drunken behavior,” he said. Spacey, who has fiercely protected his private life, had never disclosed his sexuality before but said Rapp’s story encouraged him to speak and he came out as a gay man. Many observers thought it was an odd time for Spacey to address his sexuality or was even an attempt to deflect blame.

All day, Spacey faced condemnation from gay activists and fellow performers, including actor Zachary Quinto, comedian Wanda Sykes, and musician Lance Bass, as well as the gay rights group GLAAD. Netflix and the “House of Cards” producer, Media Rights Capital, announced the show would end after the conclusion of season six (though they added that such a decision had been made before the allegations) and some show executives arrived in Baltimore, where the series is shot, to make sure actors and crew “continue to feel safe and supported.”

Mexican actor Roberto Cavazos wrote on his Facebook page that he encountered Spacey at the bar of London’s Old Vic Theatre, where Spacey was artistic director from 2004-15, and the actor tried to fondle him against his will. “It was more common for this guy, when he was in the bar of his theater, grabbing whoever caught his attention,” Cavazos wrote. “I didn’t stand for it, but I know some people who were afraid to stop it.” In a statement, the Old Vic expressed “deep dismay” at the sexual assault allegations and said, “inappropriate behavior by anyone working at The Old Vic is completely unacceptable.” Spacey did not respond to requests for comment. Tuesday’s episode of the NBC drama “This Is Us,” which had initially referred to a Spacey film, was reedited to replace him with Christian Bale.

CNN reported that eight current or former “House of Cards” workers claimed that Spacey made the production a “toxic” workplace and one ex-employee alleged the actor sexually assaulted him. CNN reported that all of the people described Spacey’s behavior as predatory. The report accused Spacey of allegedly targeting staffers who were typically young and male with nonconsensual touching and crude comments. More fallout came when Spacey’s talent agency Creative Arts Agency said it was no longer representing Spacey, and his publicist also parted ways with the actor.

London police said they had begun investigating an alleged 2008 sexual assault reportedly linked to Spacey. The Sun newspaper said the new allegation comes from a man who was in his early 20s at the time. In America, Netflix said it would cut all ties with Spacey, and will not be involved with any further production of “House of Cards” that includes him. The company also said it would not release the film “Gore,” starring Spacey, which was in post-production. In another blow to Spacey’s wallet, a Dutch business forum canceled his headline appearance at their conference Nov. 29 in Rotterdam.