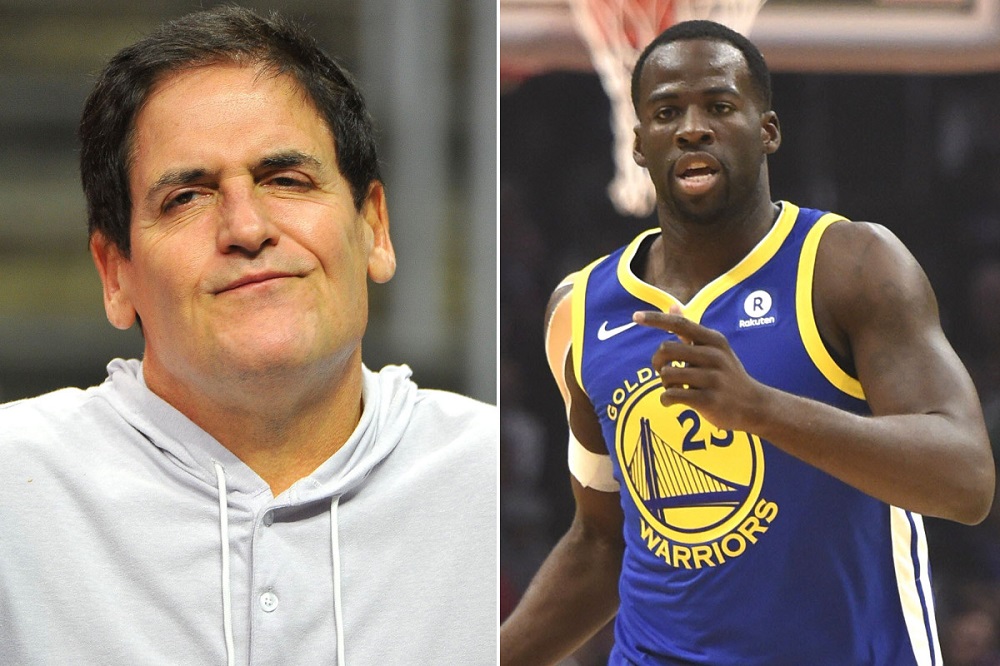 After Houston Texans owner Bob McNair made his now-infamous comment about “the inmates running the prison” in regard to the NFL national anthem protests, players from all over the world of sports reacted. Among them, Golden State Warriors star Draymond Green had a lengthy Instagram post with his opinion on the situation.

In that post, Draymond said, among other things, that many professional sports franchise owners don’t care about their players, following that up by stressing the need to change the word “owner” because of the negative connotation.

“For starters, let’s stop using the word owner and maybe use the word Chairman,” wrote Green. “To be owned by someone just sets a bad precedent to start. It sets the wrong tone. It gives on the wrong mindset.”

Originally when commenting on Green’s post, I noted that changing the term is a discussion for another day and completely off topic. Hell, I’d even add to that maybe that’s a simple enough concession to end all this madness that’s been going on and the politicizing of sports.

Well, Dallas Mavericks owner Mark Cuban wasn’t so receptive to Green’s comments, and rightly so. Green is conflating too completely unrelated things: the idea of owning a business and slavery. It’s an idiotic comparison, in my opinion, but he isn’t alone in his belief. But, that goes back to the politicizing of America’s pastimes.

Anyways, Cuban, an owner himself, was personally offended by Green’s comments that owners don’t really care about their players, and he responded accordingly.

“For him to try to turn it into something it’s not is wrong,” said Cuban. “He owes the NBA an apology. I think he does because to try to create some connotation that owning equity in a company that you busted your ass for is the equivalent of ownership in terms of people, that’s just wrong. That’s just wrong in every which way. People who read that message and misinterpret it—make it seem like we don’t do everything possible to help our players succeed and don’t care about their families and don’t care about their lives, like hopefully we do for all of our employees—that’s just wrong.”

Then, Cuban tried to give Green a lesson in business and basic economics: there’s a big difference between owning a business and owning people. It’s the same reason that Apple doesn’t “own” its employees.

“We own equity. We don’t own people. And there’s a big difference. This is a country where we have corporations, and you put up your money and buy equity. E-Q-U-I-T-Y. It translates into shares of stock. People who bust their ass and work hard and get a little bit lucky have enough money to buy enough shares of stock to buy a company.”

I’d also like to note that if owners “own” the players, then that means they also “own” the coaches, right? And the general managers? And the rest of the staff? If you’re signing the check, you own that person, right?

Clearly, according to Cuban, Draymond skipped class a few too many times while at Michigan State. So, Cuban is willing to send Green to his alma mater, Indiana, free of charge to learn how a business is structured.

“To try to turn it into something that it’s not is ridiculous,” said Cuban. “Draymond can trash-talk on the court, but when he comes into our world, it doesn’t fly…I guess it’s because he went to Michigan State and didn’t take any business classes, but you own equity. When you own a team, you own equity, shares of stock. That’s called ownership. Tell him if he wants to take classes at Indiana’s business school, I’ll even pay for his classes, and we’ll help him learn that stuff.”

Finally, Cuban ended on a note that should resonate with everyone—but probably won’t—saying, in essence, that we shouldn’t ignore what Draymond said. If you want to talk about oppression and other issues, then we can talk about them, but saying that Cuban is as bad as a plantation owner from the early 1800s because he owns a business is as bad as McNair’s comments.

“If you want to talk about slavery and everything that’s important about it and some people who make comments and don’t respect other individuals, great, let’s have that conversation about people who don’t respect others,” said Cuban. “But don’t try to suggest that because we have a team and the nomenclature is ‘owners’ because we own shares of stock, own equity, that it’s analogous to slavery. That’s just as bad [as McNair’s comment]. It’s just as bad.”

For some reason, we tend to correlate a person’s outrage with their justification. So, the more outraged you are about something, the more morally justified and right you must be. Draymond is clearly outraged by McNair’s comments, so he must be right. I think we all need to step away from that and move back towards real, civil discourse.