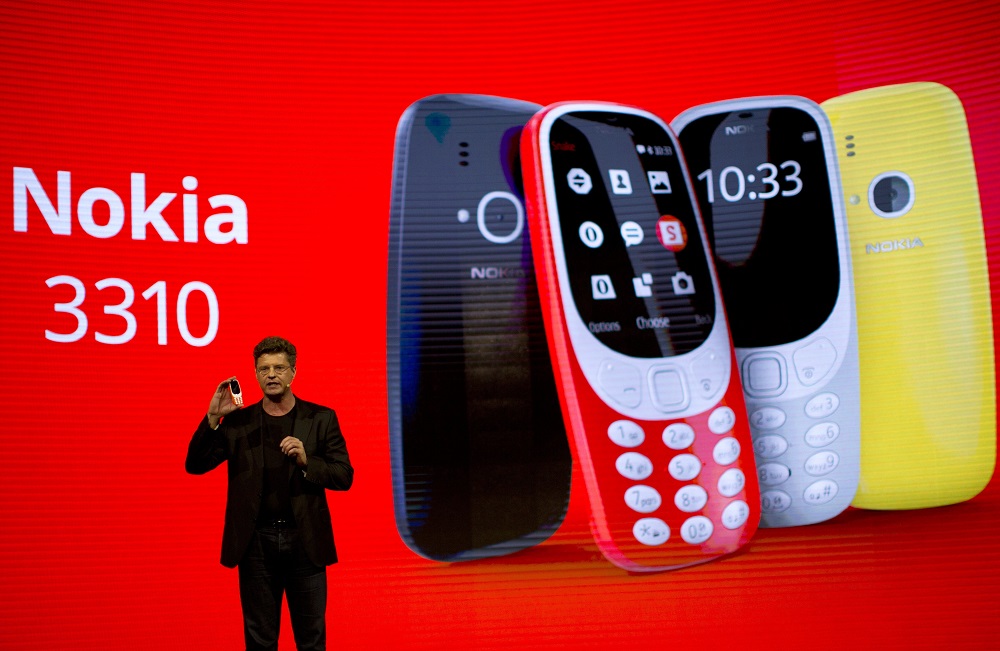 Several tech sites reported that the rebooted Nokia 3310 earned plenty of cheers when it was revealed at the recent Mobile World Congress in Barcelona, Spain. Is it really due to a powerful sense of nostalgia that seems quite pervasive among pre-millennials nowadays or something else?

It could be nostalgia in part perhaps, as many fondly remember pre-Microsoft Nokia when it was the top dog of the cellphone industry before Apple came along. Nokia’s products are often classy and top-notch when it came to quality and its compact premium 82xx series were must-haves. Then things went sour as we all know when the iPhone arrived at the scene followed closely by Android phones, leading to the demise of other cellphone companies like Motorola, Palm, Blackberry and of course Nokia; all of whom failed to innovate, overtake or adopt Android.

It could be the original 3310’s reputation for being near-indestructible, not requiring gorilla-glass for its screen or a single-body aluminum case. The phone was compact but had a little weight that signified its presence in the pockets and purses of its owners much like its predecessor, the 3210 which rivals and even exceeds in weight and sturdiness. It could be the original’s loooong battery life as it can go more than a week on standby and more than half a day of talk time between charges, unlike today’s phones that need to be charged by the end of the day or worse, every three to four hours. Phones today, seriously! I seriously credit the iPhone 5’s and Galaxy S4’s terrible battery life to the creation of the abominable battery pack industry. Nothing personal to the hard-working employees of that industry. 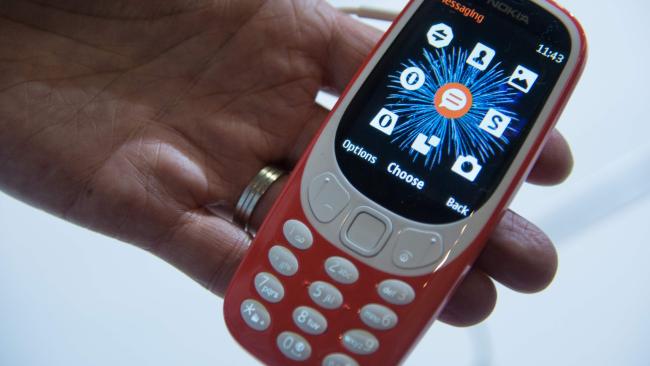 Nostalgia and reputation do factor into the new Nokia 3310’s popularity, but maybe there’s something else. Maybe, just maybe, we’re all tired of seeing the same thing. Small to large slabs of black, white, gold, silver and gray devices with little personality that began with the original iPhone. It’s been ten years, and they’re all around us and have taken over the world, our eyes, our hands, and our necks. It’s pretty strange that a feature or ‘dumb’ phone garnered so much attention to the press despite its small screen, ancient OS, 2MP camera and minuscule 16MB of internal memory.

As a website described, the new Nokia 3310 is a breath of fresh air for the mobile phone industry as we grew accustomed to the ubiquitous keyless slabs of glass everyone carries around. In short, people are growing tired of today’s smartphones that are only differentiated by whatever fancy case they’re in which are mostly unseen anyway since everyone puts them their phones face up on tables. Perhaps many of us miss the good old days when we used to customize our phones with custom cases (both front and back) every day. It used to be we had a different phone case per day which fits our mood. The cases started out as being just a different color and later bootlegs came out with more shine, more flare, picture coatings and later themes with their own keypads. Speaking of keypads, except for Blackberry, smartphones with keys became extinct by 2013.

Nokia through HMD Global is still among the guys that will produce new slabs in the form of the Nokia 6, Nokia 5 and Nokia 3 and like everyone else has now adopted Android and the new phones will have Nougat out of the box and for the aforementioned units, the Nokia brand name and reputation of quality gives them value. The Nokia XL I bought for my wife is still quite good and sturdy, and its Android OS makes it usable compared to the older Lumias.

But the return of the 3310 is quite something. The thing about the 3310 that people like is that it simply works. It’s a simple phone that supports speed or voice dial, so users won’t have to fumble around when calling in a hurry. It’s simple to use, it’s sturdy, and users don’t need to worry about their charge for at least 2 days. The same now goes for the new 3310 with the addition of MP3 playback, a 2MP camera, expandable storage and convenient non-proprietary USB-C charger. We’ve yet to see if the new 3310 supports full-body case customization like the old one did.

For the old folks, the new 3310 is a welcome tribute to days gone by. For the younger ones, old is seemingly new and could possibly spell an upcoming trend of feature phones with old form factors just to add some zing to the sea of faceless slabs of smartphones. There’s news that Lenovo might bring back the equally popular Motorola Razr V3 due to the overwhelming welcome the 3310 got. After the 3310, Nokia could also revive the 8200 series. If the stint works out for Nokia and Lenovo, Samsung could bring back its old flip phones as well. Everyone loves their flip phones.

But how to make these phones more appealing to social media junkies? People don’t really need millions of apps. At least five will do. Facebook, Twitter, Snapchat, Viber and WhatsApp should do the trick.