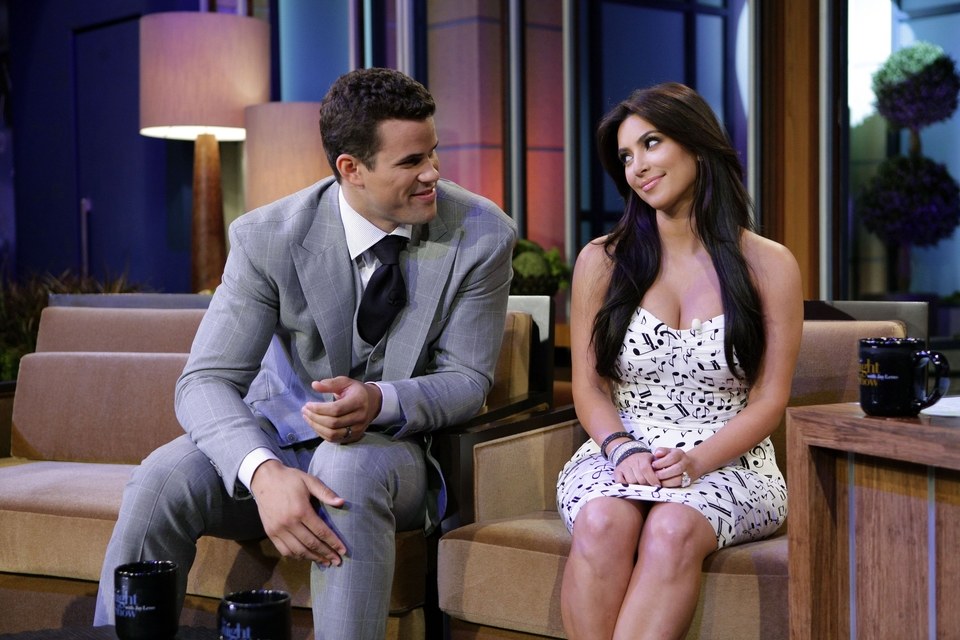 Once again, golf pro Tiger Woods’ reckless driving has landed him in trouble, as he was pulled over while driving intoxicated in Jupiter, Florida. Early on Monday morning, the athlete’s erratic driving caught the attention of law enforcement, which subsequently led to him being charged with a DUI.

According to sources close to local law enforcement in Jupiter, it was not only Woods’ “erratic” driving (he was apparently swerving “all over the road”) that triggered red flags for the police, the golf player was also, reportedly, being extremely “arrogant” when he eventually pulled over and engaged with the on-duty officers. In addition, Tiger supposedly refused to comply with the officers’ request for him to blow into a breathalyzer, which in the state of Florida, warrants an automatic arrest and license suspension.

While Tiger was taken to the station around 3 AM in the morning, it was not until nearly 11 AM that he was finally released. Sources close to the star claim that he is currently trying to find out if the officers he was dealing with were wearing body cameras, as he feels that he was not treated fairly.

There two parties involved are definitely spewing out opposing stories of what really went down (i.e. Tiger vs. Florida law enforcement) early Monday morning. However, if we were to base our beliefs on the look of Tiger in his latest mug shot, it seems as though there was good reason for why he didn’t want to blow into the breathalyzer. 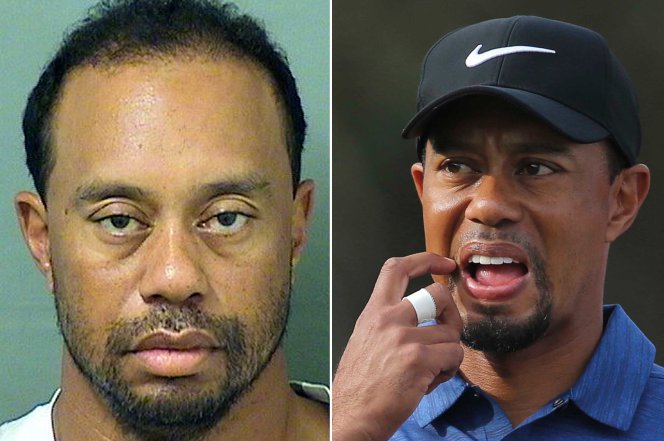 Tiger Woods attributed an “unexpected reaction” to prescription medicine for his arrest on a DUI charge that landed him in a Florida jail Monday for nearly four hours.

Woods, the 14-time major champion who had back surgery five weeks ago, was arrested on suspicion of DUI at about 3 a.m. Monday and taken to Palm Beach County jail. He was released on his own recognizance.

“I understand the severity of what I did, and I take full responsibility for my actions,” Woods said in a statement Monday evening. “I want the public to know that alcohol was not involved. What happened was an unexpected reaction to prescribed medications. I didn’t realize the mix of medications had affected me so strongly.”

Woods apologized to his family, friends and fans and said, “I expect more from myself, too.”

“I will do everything in my power to ensure this never happens again,” he said.

Woods, whose 79 victories rank No. 2 on the PGA Tour’s career list, has not competed for nearly four months. He is out for the rest of the season while he recovers from fusion surgery performed April 20 in Texas.

In an update posted Wednesday on his website, he said the surgery provided instant relief from pain and that he hasn’t “felt this good in years.”

Police said Woods was arrested on Military Trail, a six-lane road, south of Indian Creek Parkway. Woods did not say in his statement where he had been or what he was doing at that hour. Jail records show that the 41-year-old was booked into jail at 7:18 a.m. and released at 10:50 a.m. The jail released a booking photo of Woods in a white T-shirt.

Rightler, the police spokeswoman, said she did not have details about the circumstances leading to Woods’ arrest, nor did she have any information about whether the arrest involved drugs or alcohol.

His agent at Excel Sports, Mark Steinberg, did not respond to a voicemail from The Associated Press seeking comment. PGA Tour spokesman Ty Votaw said the tour would have no comment.

Woods said in his statement that he fully cooperated with law enforcement and thanked Jupiter Police and the Palm Beach County Sheriff’s Office for being professional.

Notah Begay, a roommate of Woods when they played at Stanford, was empathetic. Begay was arrested for aggravated drunken driving in 2000 when he ran into a car outside a bar in New Mexico. He was sentenced to 364 days in jail, with all but seven days suspended.

“It’s embarrassing for Tiger, something that you can’t go back and change,” Begay said on Golf Channel from the NCAA men’s golf championship in Sugar Grove, Illinois, where he was working for the network. “I’ve been there myself. … But it was a turning point in my life. Hopefully, it’s something he’ll learn from, grow from, take responsibility for and use it to make some changes.”

Woods has not been seen at a golf tournament since he opened with a 77 at the Omega Dubai Desert Classic in February, withdrawing the next day because of back spasms. He was in Los Angeles for the Genesis Open, run by his Tiger Woods Foundation, but he did not come to the course at Riviera because of his back.

He was at the Masters, but only to attend the dinner for past champions.

Woods, who had been No. 1 longer than any other golfer, has not been a factor since his last victory in August 2013 as he battled through back surgeries from a week before the 2014 Masters until his most recent fusion surgery on his lower back a month ago.

It was the first time Woods has run into trouble off the golf course since he plowed his SUV into a tree and a fire hydrant outside his Windermere, Florida, home in the early morning after Thanksgiving in 2009, which led to revelations that he had multiple extramarital affairs.

A police report then showed that a Florida trooper who suspected Woods was driving under the influence sought a subpoena for the golfer’s blood test results from the hospital, but prosecutors rejected the petition for insufficient information.

A witness, who wasn’t identified in the report, told the trooper he had been drinking alcohol earlier. The same witness also said Woods had been prescribed two drugs, the sleep aid Ambien and the painkiller Vicodin. The report did not say who the witness was but said it was the same person who pulled Woods from the vehicle after the accident. Woods’ wife has told police that she used a golf club to smash the back windows of the Cadillac Escalade to help her husband out.

He eventually was cited for careless driving and fined $164.

Woods and wife Elin Nordegren divorced in 2010. He later had a relationship with Olympic ski champion Lindsey Vonn that lasted two years. 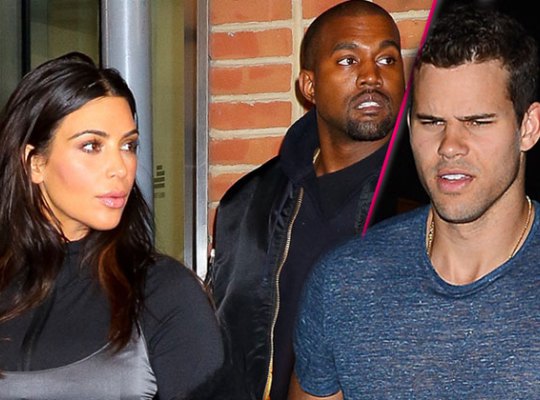 It seems like lifetimes ago that Kim Kardashian was bashfully expressing her love for NBA star Kris Humphries. As you may remember, Kim married Kris back in the summer of 2011. However, after only 72 short days, the two stars called it quits, citing “irreconcilable differences.”

This week, Kim dropped by Bravo’s Watch What Happens Live!, where she discussed her short-lived romance with host Andy Cohen. When recounting how she was feeling just before she officially tied the knot with Kris, Kim said, “I just thought, ‘Holy s***, I’m 30 years old. I better get this together. I better get married. I think a lot of girls do go through that where they freak out thinking they’re getting old and have to figure it out, all their friends are having kids. It was more of that situation.” Kim went on to candidly reveal, “But I knew on the honeymoon it wasn’t going to work out.”

Unfortunately for Kim, she had a lot more pressure on her than the average bride. In fact, Kim actually filmed an in-depth 4-hour reality TV special for E!, which documented her and Kris’s big day in Montecito, California. The special, ironically titled Kim’s Fairytale Wedding: A Kardashian Event, aired in mid-October and drew in over 4 million viewers both nights of its airing.

Fortunately, Kim’s love life turned around soon after she and Kris called it quits. She just recently celebrated her 3rd wedding anniversary with rapper Kanye West. The two stars seem to still be happily in love and share two young children, North and Saint. 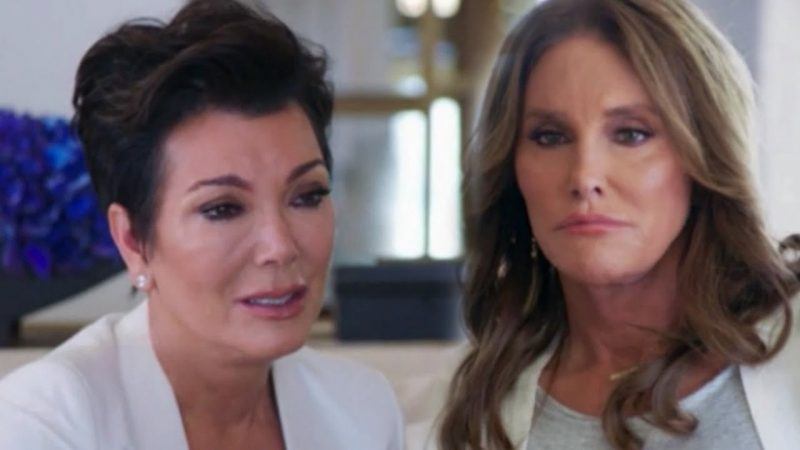 Asked on Andy Cohen’s “Watch What Happens Live” how likely it is “on a scale of one to 10” that the former married couple will get over the rift created by Caitlyn’s damning claims about Kris in her memoir, “The Secrets of My Life,” Kardashian said, “Zero [or] one.”

She revised her answer saying, “No, two — [because of their shared daughters] Kendall and Kylie.”

Kardashian added, “All fair, I think.” 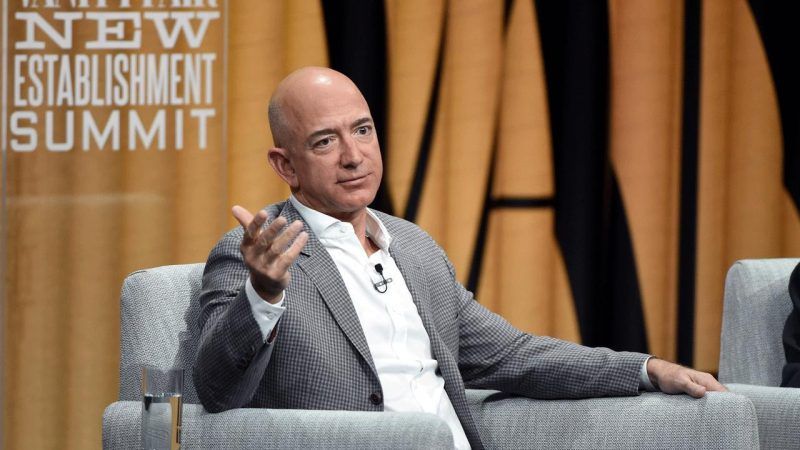 Jeff Bezos’ first foray into live TV is over.

Media outlets have learned that Amazon’s trailblazing “Style Code Live” has been canceled after 15 months on air.

“They called everyone into a staff meeting on Friday and told them they don’t have jobs anymore,” said a source close to production. “There’s no more shows, but everyone can stay on until July with pay to help cancel current bookings and wind things down.”

Outlets were told the end of the project came “rather abruptly” and was a shock to the staff.

But on Friday, the 30-minute show deleted its social-media accounts and broke the news to staff.

The show was an experiment in reinventing the QVC formula for the online generation: Viewers got beauty tips and fashion advice and could buy the featured items directly from Amazon.com.

The show’s collapse comes as Bezos’s booming company finds its feet in the programming world with hit shows like “Transparent” and “The Grand Tour” — as well as flops like “Good Girls Revolt” and, now, “Style Code Live,” and as online platforms such as Instagram and Twitter battle to bring live TV to smartphones. 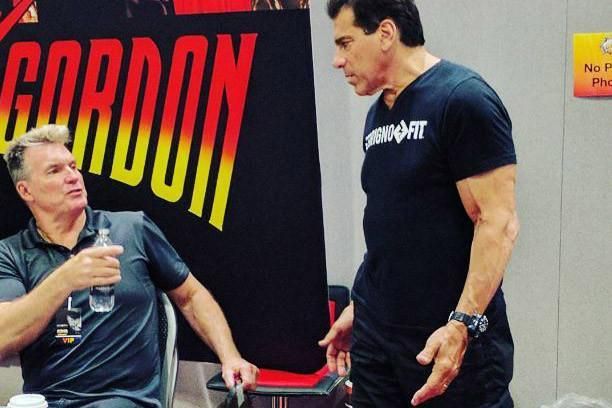 It was a real-life battle of the superheroes at a comic fest over the weekend — when Hulk actor Lou Ferrigno got into a brawl with “Flash Gordon” star Sam Jones, and fans had to jump in and break them up.

“I don’t know if I was the real superhero, because if there was a clash of the Titans, I would have got squashed,” said Darryn Clements, who stepped in to help separate the musclebound actors at London’s ComicCon on Saturday, according to the Sun.

Clements and other grown men in the crowd who were dressed in superhero costumes actually had to tell the 6-foot-tall actors to grow up.

“There was a large crowd around, so I told them to act like adults and grow up, as they were supposed to be there for their fans,” Clements said. “I thought this has to be calmed down because if one hits the other, it would be chaos — they are absolute monsters.”

Ferrigno, who played the volatile superhero in the 1970s TV series “The Incredible Hulk,” did not comment to the paper. But Jones, who starred in the 1980 flick “Flash Gordon,” claimed that he and his fellow actor were just trying to stop a fight between fans.

“’He and I together defused it,” Jones told the paper.

The pair seemed to bury the hatchet — they were back at the convention Sunday signing autographs for fans.