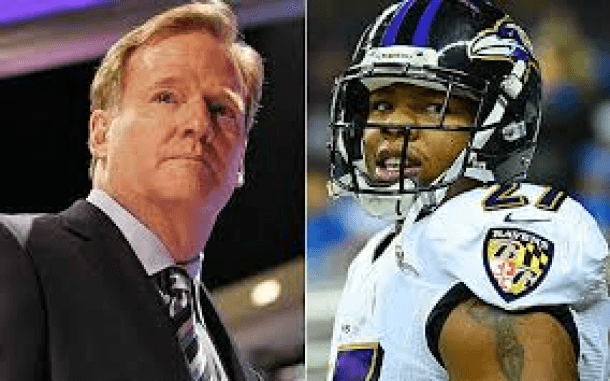 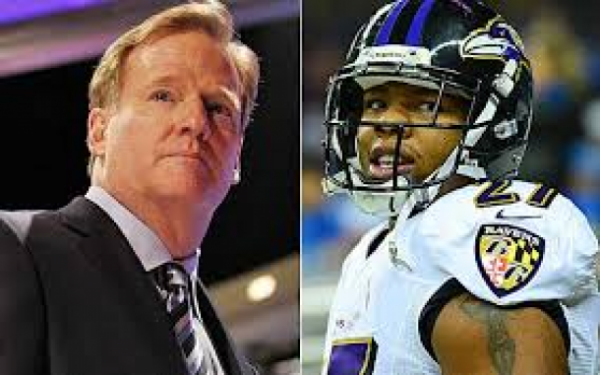 I won’t pretend to be smarter than the commissioner of the NFL. Even though privately I think I could outwit him in a remote jungle setting in some kind of terrible reality TV show. In the real world, Goodell is a powerful, rich, successful man. He is at the top of the most powerful sports league on this entire planet. That means he is better than most of us at this game called life. How he has become the focal point of the botched Ray Rice investigation is beyond me. He is way too smart for this to have happened. Yet here we are with Goodell feeling real pressure from the public that could lead to him losing his gig as NFL Commissioner. I want to make sure I point out that Ray Rice is the bad guy in all of this. I don’t want the investigation screw up to overshadow the fact that this incredibly strong pro athlete knocked a woman out by punching her in her head.

The problem with Goodell’s handling of this Ray Rice case is that the video did not become public immediately. If it had, maybe he would have been harder on Ray Rice. Who knows. But with the case just lingering for months and Goodell giving the Ravens running back only a two game suspension, what happened next may have been unpredictable to the commish. First he gets roundly criticized for being too lenient on woman beaters. He is not dumb, but he was ignorant of how serious womens’ groups were going to react to the two game suspension.

Goodell did correct course after the fact, when public pressure made him appear uncaring about domestic violence. He changed the NFL policy on the matter and took responsibility for the screw up. He apologized for his error. For a man in his position, that was a big step to take. High powered, egomaniacs rarely admit wrong doing, much less apologize.

All appeared to be OK, then the slime peddlers, called TMZ stepped into the fray by releasing the video that showed the actual punch delivered to Janay Rice. That is when things went really bad for Ray Rice, who lost his gig with the Ravens and most likely his football income forever. But then the focus shifted toGoodell and how he could have not been more harsh with the original punishment if he had seen that video. Good question. The NFL’s answer….they had not seen the video until TMZ released it. That is as hard to believe as Ray Rice being at the head of an anti bullying program in Baltimore, which he was.

There is no way Roger Goodell did not have access to that video of the knockout punch. I believe it is possible that he did not see it. If that is true, then he did not WANT to see it. I can’t imagine why he wouldn’t though. Like I said, he is smarter than me. He had to know that the video would surface publicly at some point. Or maybe he was ignorant of that fact. He is smart, but not young enough to be aware of how public everything is in 2014. He may be oblivious to the power of the internet and the pointlessness of secrecy in today’s age. The NFL has the power to get anything they want. They could have had the video anytime they wanted it. And according to sources, the league office did receive it. It would be hard to prove Goodell watched the footage himself, but I believe they had it on hand.

It is too early to tell if this matter will cost Roger Goodell his job. Public pressure is hard to gauge. The NFL has launched an independent investigation with a former FBI director in charge. The FBI does not exactly elicit a feeling of trustworthiness to me with all the wiretapping of American citizens in recent news. So I don’t put much faith in that dog and pony show.

Goodell will survive all this as long as sponsors do not bail on the NFL. And I don’t see that happening. The ratings are not going to fall at all. Americans love the NFL. I love the NFL. I’m not going to stop watching because one player did something terribly stupid. I love the game despite a few bad seeds likeRay Rice….and Roger Goodell.