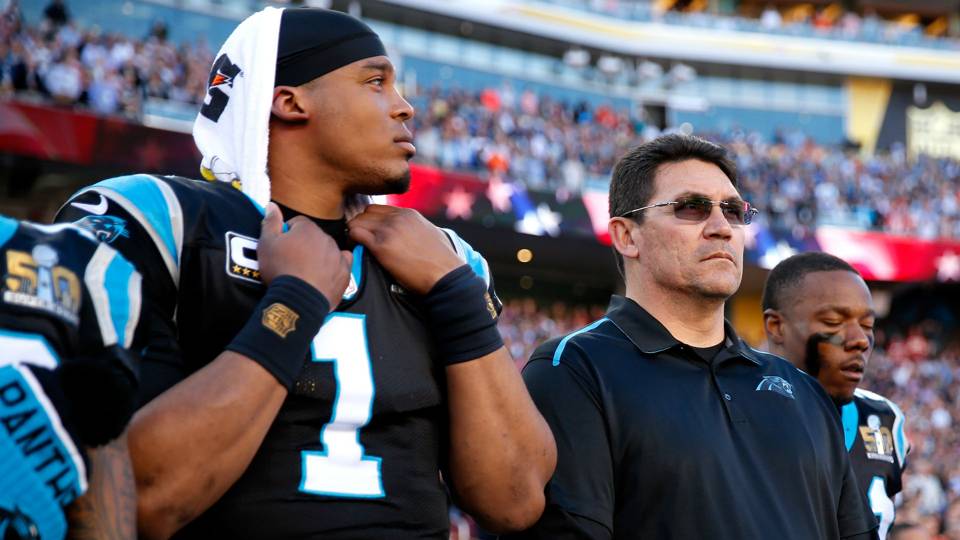 With a win over the Tampa Bay Buccaneers today, the Carolina Panthers clinched a playoff berth, delaying the team from officially hitting the market for at least another two weeks. However, once the Panthers are out, owner Jerry Richardson will be putting the franchise up for sale as he fights accusations of sexual harassment and racism from within the organization.

While most people assume that the league would have surely forced Richardson out this offseason, the league insists that it did not put any pressure on Richardson or the franchise to sell after the 2017 season.

“The franchise in Carolina is successful both on the field and from a business perspective as far as community impact,” said NFL spokesman Joe Lockhart. “So we think that it’s very important that franchises, particularly ones that have achieved the success of the Panthers, stay in the market where they’re playing.”

Of course, NFL commissioner Roger Goodell isn’t above pressuring someone under the table, but the league claims to be about as surprised as anyone else, finding out only hours before the actual announcement hit the public.

“I think he came to the conclusion over the weekend that putting the team up for sale is what he wanted to do,” said Lockhart. “I think we found out about it shortly before the announcement went out.”

While discussing the upcoming sale, the league used the platform to explain the rules for the sale and transfer of team, noting that the next owner or group must have one controlling owner (an issue that teams like the Tennessee Titans have run into in recent years). This controlling owner is required to own at least 30 percent of the equity in the team, have the financial wherewithal to continue to operate the team, have full voting control, and no more than $250 million in total debt related to the franchise.

Additionally, the league reminded potential owners and groups that the team must be purchased in cash (or financed), no more than 25 co-owners are allowed to have a share in the team, public companies and non-profits cannot own part of a team, and all owners must be approved by three-quarters of the other owners (24 of the 32 clubs).

So far, however, rapper and entrepreneur Diddy, whose real name is Sean Combs, is the only major player in the hunt for the Panthers franchise. Shortly after the impending sale of the team was announced, Diddy took to social media to express interest in buying his way into the NFL to correct many of the problems he sees with the organization.

That’s right: Diddy’s first order of business will be bringing in someone to compete with 2015 NFL MVP Cam Newton. He’s going to take a team that doesn’t have a QB issue (which is a great position to be in) and give them one.

So, Diddy has released two proposals thus far for his potential ownership: signing Kaepernick and having great halftime shows. He may need to put out more of his agenda if he wants to satisfy 24 other teams.

Of course, Diddy still needs to put together an ownership team to make the purchase happen. Stephen Curry and Kaepernick himself have both expressed interest, but the trio will need a good bit more capital to cover the $1 billion-plus that the Panthers are sure to fetch.

In the meantime, however, Richardson is still the owner, and the Panthers want to do everything they can to extend his ownership as long as possible, setting their eyes on another potential Super Bowl run.

“That would be the best way to send him off,” said Panthers linebacker Luke Kuechly. “Everybody wants to win the Super Bowl. It would be very meaningful for him.”

That’s easier said than done, of course. But the team is dedicated. Richardson has done a lot for the city of Charlotte, and they hope that his contributions don’t get lost in the personal issues.

“You felt for him,” said Panthers tight end Greg Olsen. “To see a guy who’s worked his whole life to bring this organization to Charlotte and have him sit there and tell you and see it on his face how heartbreaking that is that he’s going to give that franchise up to somebody else…It’s hard to see people in those positions. It’s human nature. You don’t want to see people struggle.”