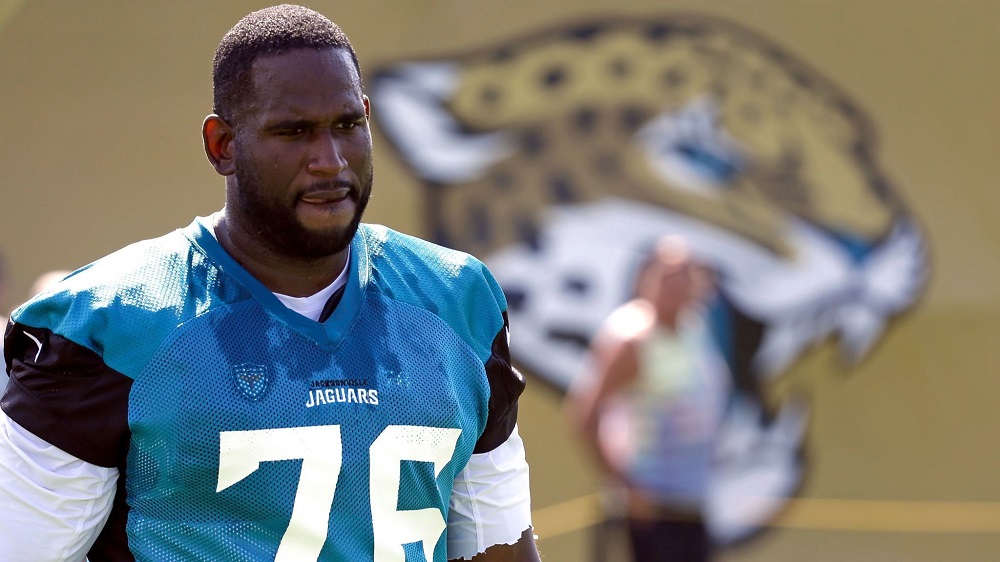 It’s not looking likely that the Jacksonville Jaguars will be ready to allow retired offensive tackle Branden Albert back on the team even though he has apparently changed his mind about retiring.

Albert asked to return to the team Monday, according to a person familiar with the situation. The person spoke to media outlets on the condition of anonymity because neither side has publicly discussed details about Albert’s potential return.

The 32-year-old Albert surprised coach Doug Marrone last week by walking into his office and saying he planned to retire. Albert abruptly quit after three training camp practices in which he looked out of shape and past his prime.

It was never clear why Albert chose to walk away after nine NFL seasons. Was his heart not in it any longer? Did his body not respond like he wanted? Did he realize he was far from a lock to beat out second-round draft pick Cam Robinson?

It’s equally unclear why Albert wants to return. Under the collective bargaining agreement, the Jaguars had the option to seek a prorated portion of Albert’s $8.5 million signing bonus even though Miami paid it in 2014.

The Jaguars, who are holding joint practices with the Patriots in New England, declined comment on the situation Monday.

Jacksonville placed Albert on the exempt/left squad list last week. He had five days to return to the team before going on the reserve/retired list or being released.

The Jaguars acquired Albert in a trade with the Dolphins in March. He skipped most of Jacksonville’s offseason program because he wanted a new contract. He was scheduled to make $8.8 million this season and $9.5 million in 2018.

Albert was the 15th overall pick by Kansas City in 2008. He spent his first six seasons with the Chiefs and then signed a five-year, $47 million deal in free agency with the Dolphins. Albert missed 20 games over the last five seasons, including seven in 2014 because of a knee injury. He bounced back the following year and was honored with Miami’s Ed Block Courage Award. 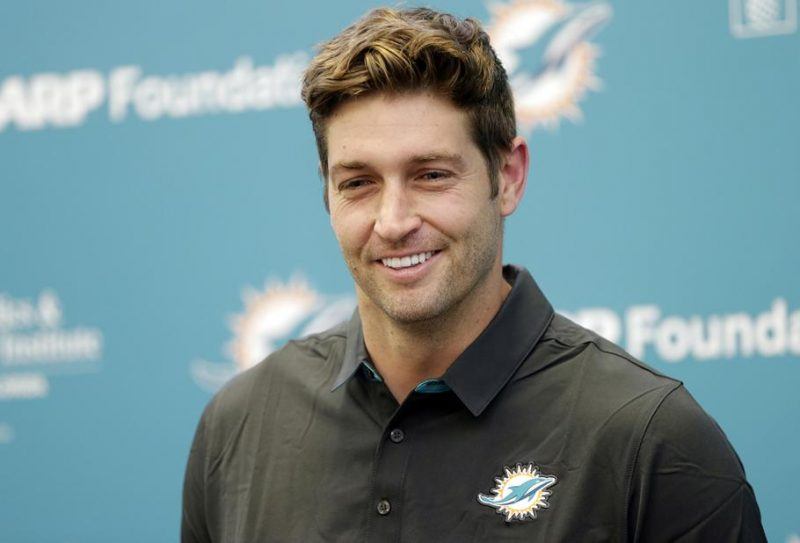 New Miami Dolphins quarterback Jay Cutler won’t play in the team’s exhibition opener Thursday, but look for him to be starting soon enough.

“He didn’t come out of retirement to stand on the sideline,” coach Adam Gase said.

Cutler missed Monday’s practice because it took place as he landed in South Florida to sign a $10 million, one-year contract. The 34-year-old Cutler decided to delay the start of his network TV career for the chance to replace Ryan Tannehill and be reunited with Gase, his former offensive coordinator with the Chicago Bears.

“A situation like this doesn’t come along very often,” said Cutler, wearing a polo shirt bearing the Dolphins logo. “I know Adam very well; I know the system. And you’re talking about a playoff team with a lot of really, really good players and a lot of potential.”

Cutler is expected to leapfrog longtime Dolphins backup Matt Moore for the starting job while Tannehill remains out with a left knee injury that likely will sideline him for the entire season.

Gase reached out to Cutler shortly after Tannehill was hurt Thursday and said the former Bear needed no persuading to launch a comeback. But Cutler likened the conversations with Gase to college recruiting, saying the decision to return was difficult.

He parted with the Bears in March after eight seasons, and was then hired by Fox as an analyst to work in its No. 2 NFL broadcast booth.

“The last four months I’ve been in a different mindset, getting ready for the Fox deal,” Cutler said. “I was pretty good with where I was in my life; I was around the kids a lot and felt pretty content. So I went back and forth on this. My wife talked me into it more than anybody else. … I think she got tired of me being around the house.”

In 2015, Cutler had a career-best quarterback rating while with Gase, who then joined the Dolphins. What will Cutler’s learning curve be with the offensive scheme?

“I’m sure he wasn’t in the backyard throwing a hundred balls a day,” the coach said.

Cutler said his two sons and pickup basketball games at his alma mater, Vanderbilt, helped him stay in shape. He missed time last year with a sprained right thumb and a labrum injury that required season-ending right shoulder surgery in December, but said he’s healthy now and confident his arm will be fine.

“It’ll come back pretty quickly,” Cutler said. “I’m not worried about the throwing part. Getting used to the guys and the more detailed stuff, that’s what we’re going to have to hit the fast-forward button on.”

The acquisition of Cutler has potential to divide a locker room where Moore enjoys strong support, especially after he helped Miami clinch a playoff berth while Tannehill was sidelined last December.

But Gase is popular with his players and said he explained to them why he wanted Cutler.

“I was very upfront with everything,” Gase said. “We felt this gave us an opportunity to have two really good quarterbacks on our team. We wanted to make sure if something happened, we weren’t going to have a falloff. I think our guys understand that.”

That includes Moore. He said he still considers himself a contender for the starting job after a drama-free conversation with Gase about the need to sign Cutler.

“It was very simple and straightforward,” he said. “It wasn’t very Hollywood. And I get it.”

Receiver Kenny Stills said that while Moore is “our guy,” there’s no quarterback controversy among the players.

“We’re confident in the people upstairs to do the right thing for this team,” Stills said.

Still to be determined is how quickly Cutler can shake off the rust and lingering doubts about his attitude, toughness, and decision-making, all of which were often questioned in Chicago.

He went 51-51 as a Bears starter. Among his teammates was guard Jermon Bushrod, now with Miami.

“People are going to have things to say. But if you win games, nobody says anything.”

The Bears went 9-23 the past two years, but coach John Fox said he was happy with Cutler both seasons and excited for him to get an opportunity in Miami.

“He was a smart, tough guy who worked hard,” Fox said. “I know everybody here wishes him nothing but the best.”

Cutler’s comeback came about after Tannehill’s left knee buckled a week into training camp. Tannehill decided against surgery after missing the final four games of last season with two sprained ligaments in his knee, but the latest injury likely will require an operation.

Tannehill stood near midfield Monday watching practice, wearing a brace on his left knee and conversing with the coaching staff and quarterbacks.

“We were talking about the stages you go through,” Gase said. “We were both saying we keep going out of order – from denial to anger to depressed, and back to denial. It’s tough.”

There’s already speculation about Tannehill and Cutler beyond this season, but the Dolphins’ new quarterback isn’t worried about 2018. He’s worried about Tuesday.

“I just want to get to the next meeting and figure out where the dining room is,” Cutler said. “Then we’ll start running the offense and learning some guys’ names.” 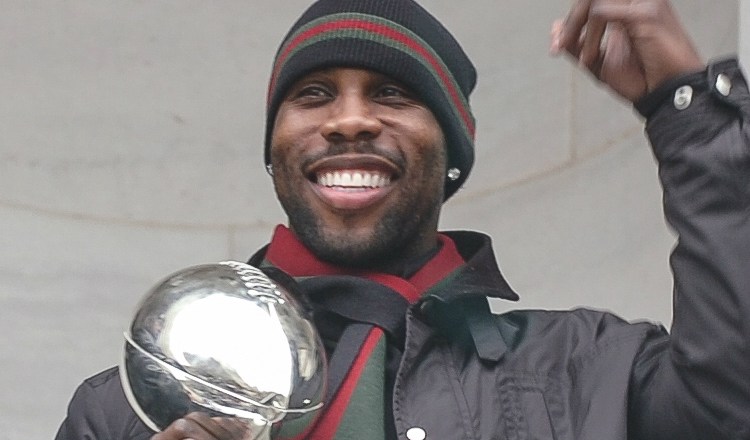 Sammy Watkins and the Buffalo Bills receivers aren’t as young and untested now that Anquan Boldin is with the group.

Boldin returns for a 15th NFL season after signing a contract with the Bills on Monday. The move provides the team leadership, production and an instant boost in credibility to what had been a patchwork position. The 36-year-old is a three-time Pro Bowl selection, was the NFL’s 2015 Walter Payton Man of the Year award winner and ranks in the top 25 among several career categories.

“The great thing about Anquan is what he brings on the field and off the field,” first-time general manager Brandon Beane said. “I think our receiving room is fairly young still. And I think not only is he going to help those guys show what a pro’s pro and what it takes on the field (but also) in the meeting rooms, training room.”

It wasn’t lost on Beane that Boldin showed he’s still capable of making an impact after spending last season with Detroit, where he had 67 catches for 584 yards and eight touchdowns in 16 games.

“Even if his speed is not what it was, and you know he was never a burner, but he still knows how to win,” Beane said. “Contested balls? He comes down with his fair share and then some.”

The Bills spent the past month courting Boldin. He visited the team’s facility two weeks ago. The contract terms were completed late last week, with the only holdup involving Boldin determining whether Buffalo could serve as a good fit for him and his family, Beane said.

Boldin, who makes his offseason home in Florida, arrived at the Bills training camp facility on Monday and scheduled to take part in his first practice on Tuesday.

Though it’s unlikely he’ll play in Buffalo’s preseason opener against Minnesota on Thursday, Boldin was listed as the top backup behind Watkins on the Bills depth chart.

He joins a team in transition at the receiver position. Watkins is the only regular who returns from last season. And the 2014 first-round draft pick’s future in Buffalo is uncertain after the Bills declined to pick up the fifth-year option on his contract.

Watkins fully supported Buffalo’s bid to sign Boldin, when asked about the possibility at the start of training camp on July 27.

The roster spots behind Watkins remain up for grabs after the Bills lost Robert Woods and Marquise Goodwin to free agency this past spring. Buffalo previously addressed its needs at receiver by drafting East Carolina product Zay Jones in the second round and also signing a number of not entirely proven free agents, including Andre Holmes, Philly Brown and Rod Streater.

Boldin’s 1,076 catches for 13,779 yards overall rank third among players since his NFL offensive rookie of the year season in 2003 with Arizona. He played seven seasons with the Cardinals and also had two three-year stints in Baltimore and San Francisco.

Overall, he ranks ninth on the NFL career list in catches, 14th in yards receiving and is tied for 23rd with 82 touchdowns receiving.

Boldin also has ties to Bills starting quarterback Tyrod Taylor. They spent the 2010-12 seasons together in Baltimore, when Taylor served as Joe Flacco’s backup.

Boldin caught Taylor’s first NFL pass attempt, an 18-yard reception on the final play of a 34-14 loss to San Diego in December 2011.

“That’s a bonus,” Beane said of Boldin’s connection with Taylor. “He caught Tyrod’s first pass. So hopefully we can get that reconnection going.”

To make room on the roster, Buffalo designated tight end Keith Towbridge as waived/injured after he injured his right foot in practice on Friday.