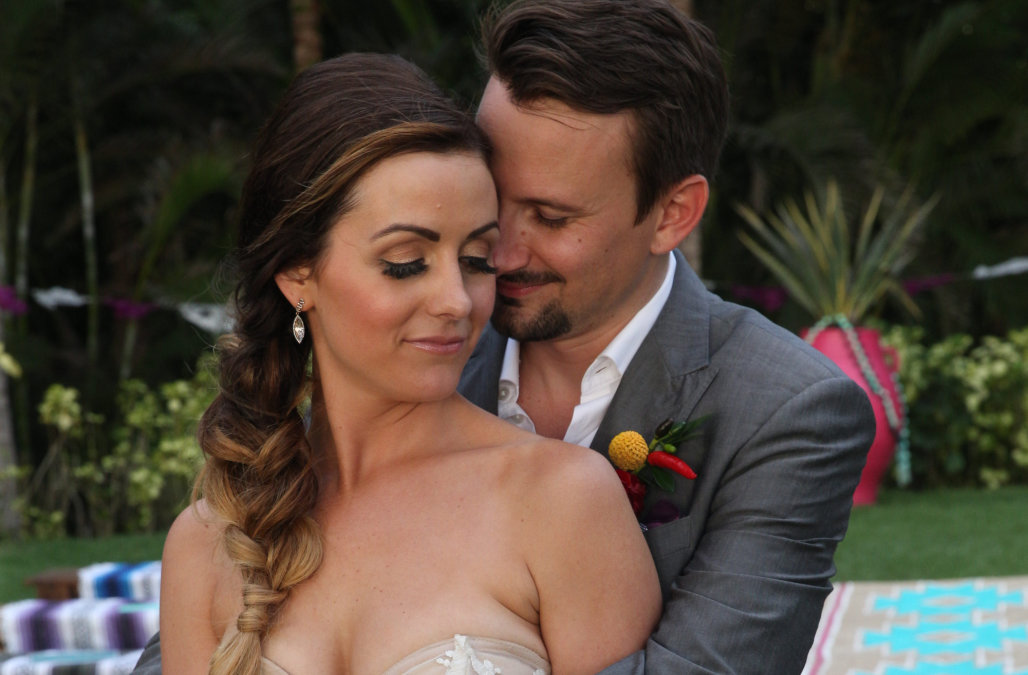 On Monday, current Bachelorette star Rachel Lindsay wrapped up her season of the show and announced which contestant she presented her last rose to. In addition, over the weekend, fans found out that one of the Bachelor alumni couples are officially expecting their first child!

Over the weekend, Bachelor in Paradise couple Carly Waddell and her husband, Evan Bass (who got together while filming Bachelor in Paradise) announced that they’re officially expanding their family. In a brief statement, the reality TV contestants told the press:

“We are so happy to be expanding our family as we welcome Baby Bass in 2018.”

This isn’t the only milestone that Carly and Evan have celebrated this year. In fact, just a few weeks ago the couple tied the knot in Puerto Vallarta, Mexico. Their ceremony was filmed and was even officiated by Bachelor host Chris Harrison.

Congratulations to Carly and Evan! 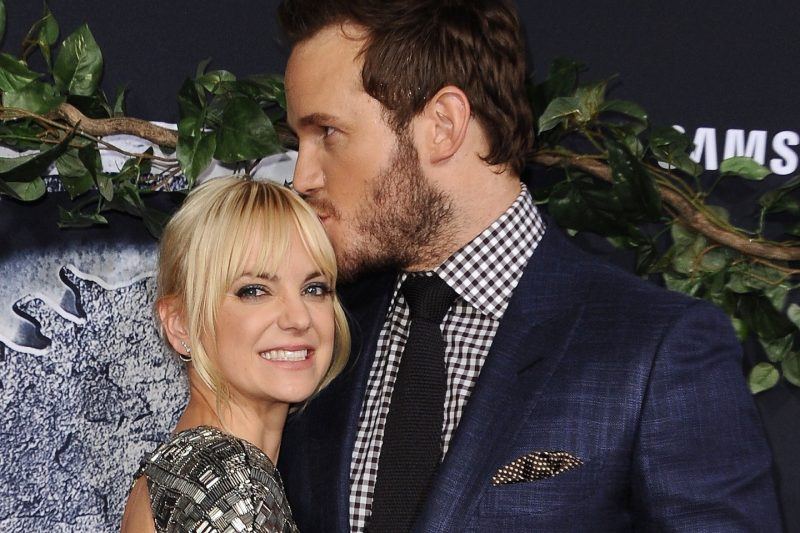 While one celebrity couple celebrates a happy time in their relationship, another one is announcing that they are parting ways. Over the weekend, people everywhere were left completely shocked when actor Chris Pratt and actress Anna Faris revealed that they are getting a divorce.

On Sunday, Chris shared a lengthy statement on his Facebook page to inform his fans and followers of their decision:

“Anna and I are sad to announce we are legally separating. We tried hard for a long time, and we’re really disappointed. Our son has two parents who love him very much and for his sake we want to keep this situation as private as possible moving forward. We still have love for each other, will always cherish our time together and continue to have the deepest respect for one another.”

Soon after, Anna posted a similarly written statement on her Instagram page. 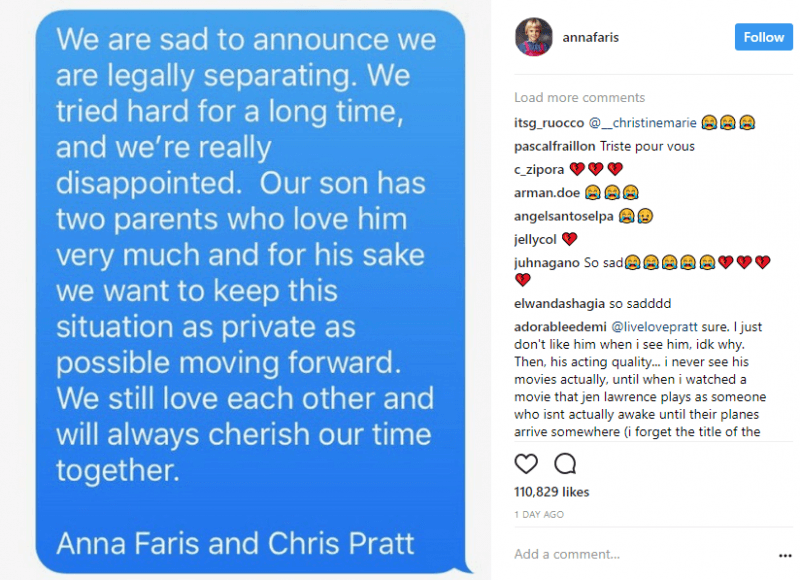 The duo first got together back in 2007 and tied the knot in July of 2009. They also share a young son together, a 4-year-old named Jack.

While Anna and Chris haven’t been spotted at any public events for a few weeks now, Chris did attend the Avenue LA premiere of Ingrid Goes West just two weeks ago. Looking back at the event, witnesses say that the actor was in notably high spirits, which makes his and Anna’s divorce even more perplexing. One fellow moviegoer told People magazine, “I was surprised by how he looked to actually be having fun, and that he was there voluntarily.” Another witness noted that Chris “was friendly, outgoing and playful” while at the public event. 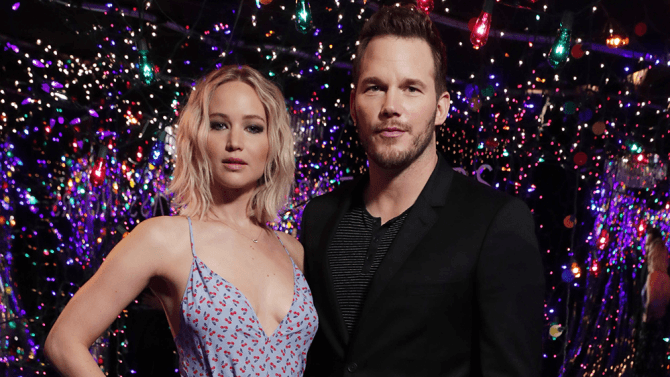 After Chris Pratt’s stunning split from wife Anna Farisafter eight years of marriage, fans are searching for an explanation — and some are pointing fingers at Jennifer Lawrence.

Both Pratt and Lawrence have strongly denied any romantic relationship, but that didn’t stop fans on Twitter from attempting to blame the “Hunger Games” star on Monday.

After unsubstantiated rumors had surfaced about Pratt and Lawrence hooking up during the filming of 2016’s “Passengers,” Faris admitted the stories made her feel “incredibly insecure.”

In December, on her podcast “Unqualified,” Faris said, “I take pride in how great my relationship is with Chris, but having said that, of course, in this crazy world where he’s off doing movies, and I’m in LA raising our child, of course, I’m going to feel vulnerable, like any normal human would.”

But Lawrence is in a serious relationship with “Black Swan” director Darren Aronofsky, whom she has been dating since last September. A Hollywood source told us, “Jennifer is very much together with Darren. There’s no way she’d be with Chris.”

The announcement of the end of “Guardians of the Galaxy” star Pratt and Faris’ marriage came as a shock to fans.

The pair have a 4-year-old son, Jack, and are often cited as being among Hollywood’s most “real” couples.

They met on the set of “Take Me Home Tonight,” which filmed in 2007, years before Pratt’s breakout role on NBC’s “Parks and Recreation” and his transformation into an action superstar.

But another source tells us that Pratt’s ascension to the A-list took a big toll on their marriage. “When they met, Anna was the more famous one, but now he is a huge star. He isn’t the same person she married. Plus, he has developed very strong Christian beliefs. He’s a born-again Christian.”

In a statement signed by them both, Pratt wrote, “Anna and I are sad to announce we are legally separating. We tried hard for a long time, and we’re really disappointed.” They added that they still “have love for each other.” 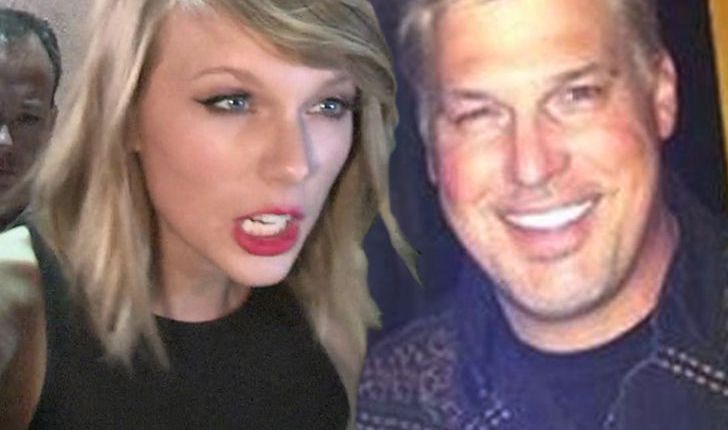 A jury of eight is expected to be seated Tuesday in Taylor Swift‘s civil trial involving a groping allegation against a former Denver DJ.

More than 10 candidates were immediately dismissed during the first day of jury selection Monday, and more than 30 potential jurors are due back in court Tuesday.

The jury is expected to be seated by the afternoon.

Jurors will try to decide whether a radio host groped the pop superstar during a photo op before a concert in Denver in 2013 – and whether she and her team got him fired. They also are being asked to determine not just whose story to believe but what to make of a photograph that both sides say proves their case.

The photo shows David Mueller with his right hand behind the singer, just below her waist, before a 2013 concert. It’s inconclusive whether he’s touching her. Both are smiling.

Based on court records, here’s a look at that and other key elements in the he-said, she-said trial in federal court in Denver. 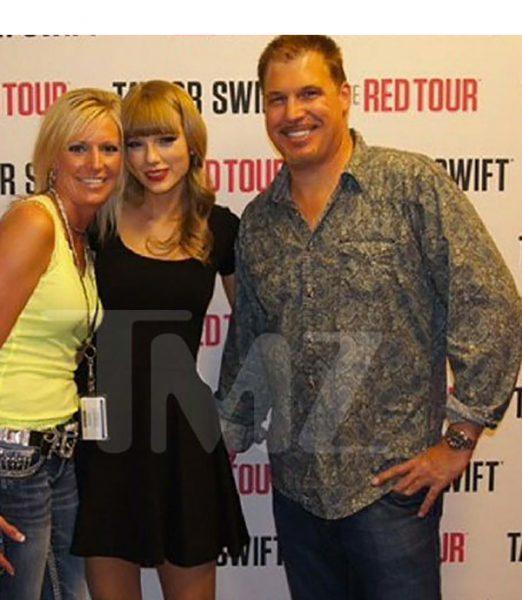 Swift’s lawyers called the image “damning” proof that Mueller inappropriately touched her. Mueller argues it shows him trying to jump into the frame.

Entertainment news outlet TMZ obtained and published the photo, which has since been sealed by the court.

Swift’s business manager, Jesse Schaudies Jr., said her side did not want the picture in the news.

“We did not want copycats and one-uppers abounding. And that happens in our world,” he testified last year. “These people all tend to escalate. I’ve watched what happens with these files and individuals.”

Swift says: “He took his hand and put it up my dress and grabbed onto my ass cheek.”

Immediately after the meet-and-greet, Swift says, she confirmed the assault with a photographer and security staff, who then confronted Mueller.

Mueller says he told the security staff: “Please call the police. I didn’t do anything.”

Swift’s security guard was about 3 feet (about 1 meter) away during the meet-and-greet, Mueller says. Swift remained pleasant as she bid Mueller and his girlfriend goodbye, he says, and more than a dozen people met with Swift after Mueller left.

Swift said: “It was not an accident. It was completely intentional, and I have never been so sure of anything in my life.”

A member of Swift’s staff called Mueller’s boss at radio station KYGO and asked that the station “take appropriate action.”

Swift maintains she was sexually assaulted, but she was trying to keep the matter discreet and quiet. She says she does not know Mueller and has no incentive to target him or to fabricate a story.

Mueller’s boss said the DJ told him during an internal investigation that any contact during the photo op was incidental or accidental.

– Andrea Swift, the singer’s mother, will testify about the decision to contact Mueller’s boss and not call the police.

– Frank Bell, a member of the singer’s team, will testify about why he contacted Mueller’s bosses at KYGO and what was said. Bell and Andrea Swift are also defendants in Mueller’s lawsuit.

– Shannon Melcher, Mueller’s girlfriend at the time, will testify about standing on the other side of Swift when the photo was taken, and to Mueller’s character.

– Greg Dent, Swift’s bodyguard, may be called to testify about what he saw during the encounter. 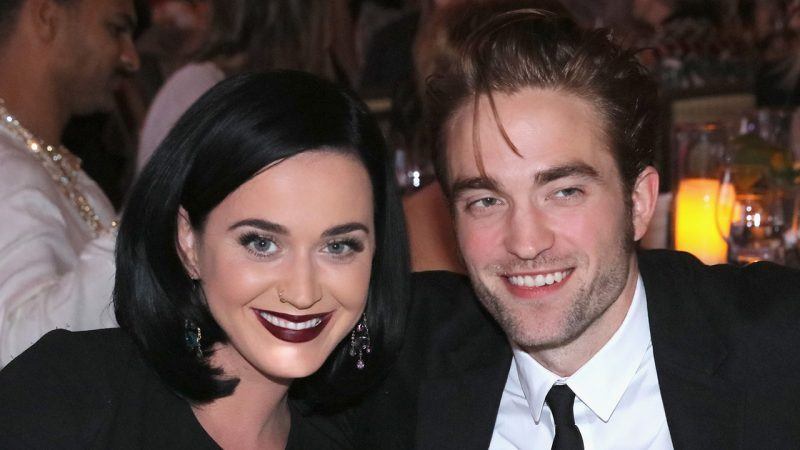 Three servers were fired from the Sunset Tower Hotel’s starry Tower Bar on Monday after a photo of Robert Pattinson having dinner with Katy Perry was leaked.

A source tells us that the servers were not suspected of having snapped the photo but were fired for not preventing a guest from taking the shot, as pictures are banned in the West Hollywood, Calif., celebrity haunt.

We’re told that Pattinson and Perry were with a large group, and “it certainly wasn’t any kind of date, as has been insinuated.” 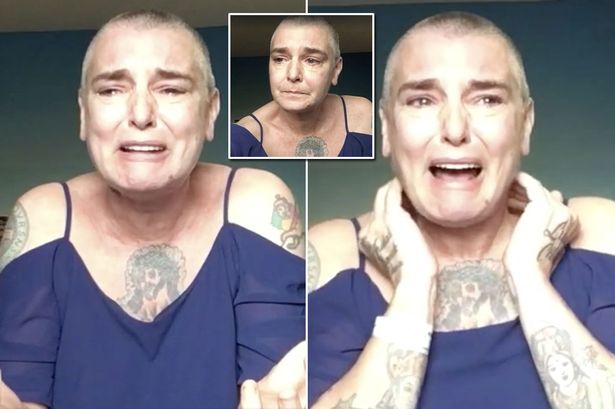 Troubled singer Sinéad O’Connor has posted an online video saying she’s suicidal — and living in a motel “in the arse end of New Jersey.”

“I’m all by myself. And there’s absolutely nobody in my life except my doctor, my psychiatrist, the sweetest man on earth, who says I’m his hero, and that’s about the only thing keeping me alive at the moment … and that’s kind of pathetic,” the “Nothing Compares 2 U’’ singer says, weeping.

“I am now living in a Travelodge motel in the arse end of New Jersey” — Hackensack, she said.

“I want everyone to know what it’s like, that’s why I’m making this video.

“And suddenly all the people that are supposed to be loving you and taking care of you are treating you like s–t.’’

The producers of Bravo’s “The Real Housewives of New York City” are annoyed with the timing of Luann de Lesseps’ separation from Tom D’Agostino Jr. after seven months of stormy marriage — because the series had just spent a grueling 10 hours taping three reunion shows set to air at the end of the current season.

“They are going to have to re-shoot,” inside Bravo sources said. “Otherwise, the reunion shows will seem hopelessly out-of-date with Luann talking about how much she loves her husband and how they are working out their problems.”

While the timing was bad for Bravo, it was good for Luann. “This is the time of the year when they are figuring out the next season,” they said. “Guess who will be the show’s biggest housewife now that she is single again and back on the dating scene?”

D’Agostino feels he was used by Luann, according to friends, but his only comment to me was, “There was real love there, and this was a real marriage.”

One friend of D’Agostino said, “He got played. It was all orchestrated. Without Tom, they wouldn’t have had a season, or the season before. And next season, it will be ‘reinventing Luann’ thanks to Tom. He should be getting a check.”

Luann is just the latest marital victim of the “RHONY” franchise. Ramona Singer, Jules Wainstein, and Bethenny Frankel all saw their marriages implode while taping the show.

A representative for Luann said, “She and Tom loved each other very much, and [the separation] has absolutely nothing to do with the show.”

“Tom loves Luann and wanted to be married, but he was expecting a different life,” said the pal. “He wanted someone to share his life with and do things with. He didn’t want to just be her escort to dinners and parties.”