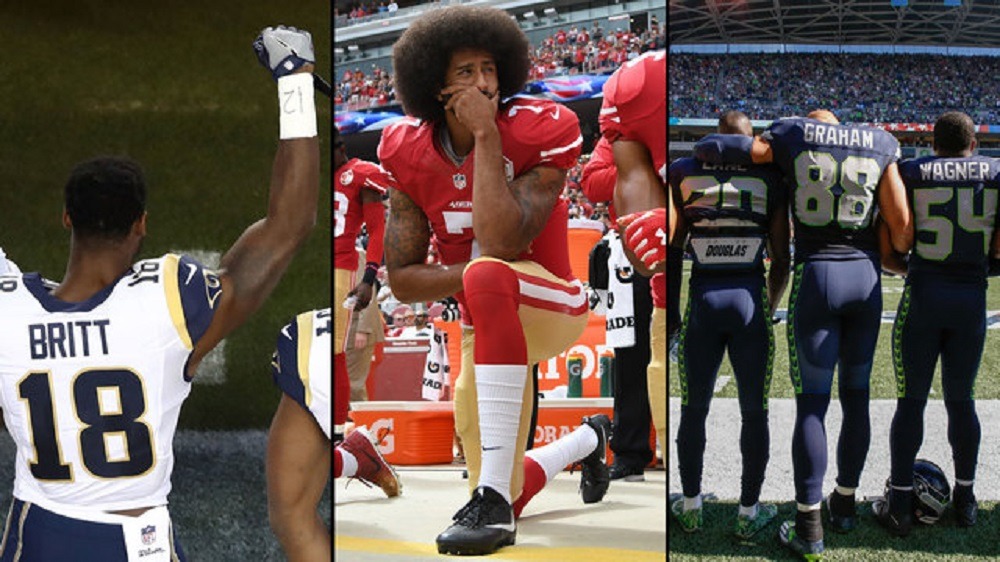 The NFL is not infallible. Don’t get me wrong, football is the most popular sport in the United States, and the league has a lot of pull and power, but it is far from invincible. Just ask Roger Goodell. Whether he likes it or not, the Commissioner will need to address the falling television ratings soon if they continue to drop at such alarming rates.

That’s right. The TV numbers for the league are still dropping. Everything from Thursday Night Football to Sunday afternoon to Monday Night Football has seen a drastic decrease in viewership, in some cases by more than 50 percent compared to last season.

The Colin Kaepernick national anthem protest has a direct impact on the number of viewers as the San Francisco 49ers quarterback struck a nerve with a good number of fans; however, analyst Colin Cowherd has an additional theory on the dropping numbers: a lack of superstar quarterbacks.

With players like Peyton Manning gone and many others getting older; the division leaders are average at best. Six of the eight quarterbacks on top of their division are Brock Osweiler, Trevor Siemian, Matt Ryan, Case Keenum, Carson Wentz, and Sam Bradford. Aside from Ryan and Bradford, these guys are all relatively new to the starting job. It’s a real who’s who of who’s leading the league.

“We always thought the NFL was bulletproof and between [Donald] Trump and these quarterbacks, it’s not,” said Cowherd. “We know the NBA post-Jordan until, like, Kobe and Shaq dipped. The PGA: Tiger, no Tiger. We always thought the NFL was past it, but I remember when [Troy] Aikman, [John] Elway, [Dan] Marino, and Steve Young, in about a two-year period, left and were replaced by much less effective household names, and the NFL ratings at the time plateaued.”

I would go further to add cheating accusations (mainly by the New England Patriots), domestic violence cases against players, and other negative PR ordeals such as the concussion debacle. While Roger Goodell has had to deal with a lot in his tenure as Commissioner, he has never had an issue of falling league popularity. His response could make or break his already-shattered legacy.